Home » Personal Health » Homelessness Among Older People Is on the Rise, Driven by Inflation and the Housing Crunch

COLUMBIA FALLS, Mont. — On a recent rainy afternoon in this small town just outside Glacier National Park, Lisa Beaty and Kim Hilton were preparing to sell most of their belongings before moving out of their three-bedroom, two-bathroom rental home.

Hilton, who was recovering from a broken leg, watched from his recliner as friends and family sorted through old hunting gear, jewelry, furniture, and clothes. “The only thing that’s not for sale is the house — everything else has to go,” Hilton, 68, said as he checked his blood sugar.

Hilton has Type 2 diabetes, heart disease, and other health issues that have left him disabled and unable to work for years. For income, he relies on federal disability benefits. Because of a shoulder injury and fibromyalgia, 64-year-old Beaty — Hilton’s partner of seven years — does, too. Combined, their income is roughly $1,500 a month.

That’s no longer enough, though. Investors bought their house this year and raised the rent from $1,000, including utilities, to $1,800, plus the cost of utilities.

“They’re not evicting me — on a fixed income, I can’t do it,” Beaty said as she sorted through her belongings.

They have nowhere else to go. And they were not just losing their home: The stress of the ordeal caused them to end their relationship. Beaty planned to move into her daughter’s one-bedroom apartment.

Despite his poor health and still relying on leg braces to prevent another broken leg, Hilton, who is on Medicare, planned to live out of his truck while he waited for a spot to open up at one of the few assisted living facilities in Flathead County, which is mostly rural. The wait could last days, or months.

Beaty and Hilton are part of a recent surge of homelessness among people older than 60. The housing affordability crisis, driven in part by the covid-19 pandemic, and high inflation are chipping away at their fixed incomes. Although data is limited, advocates for seniors and people who are homeless say greater numbers of adults are showing up at shelters across the country. 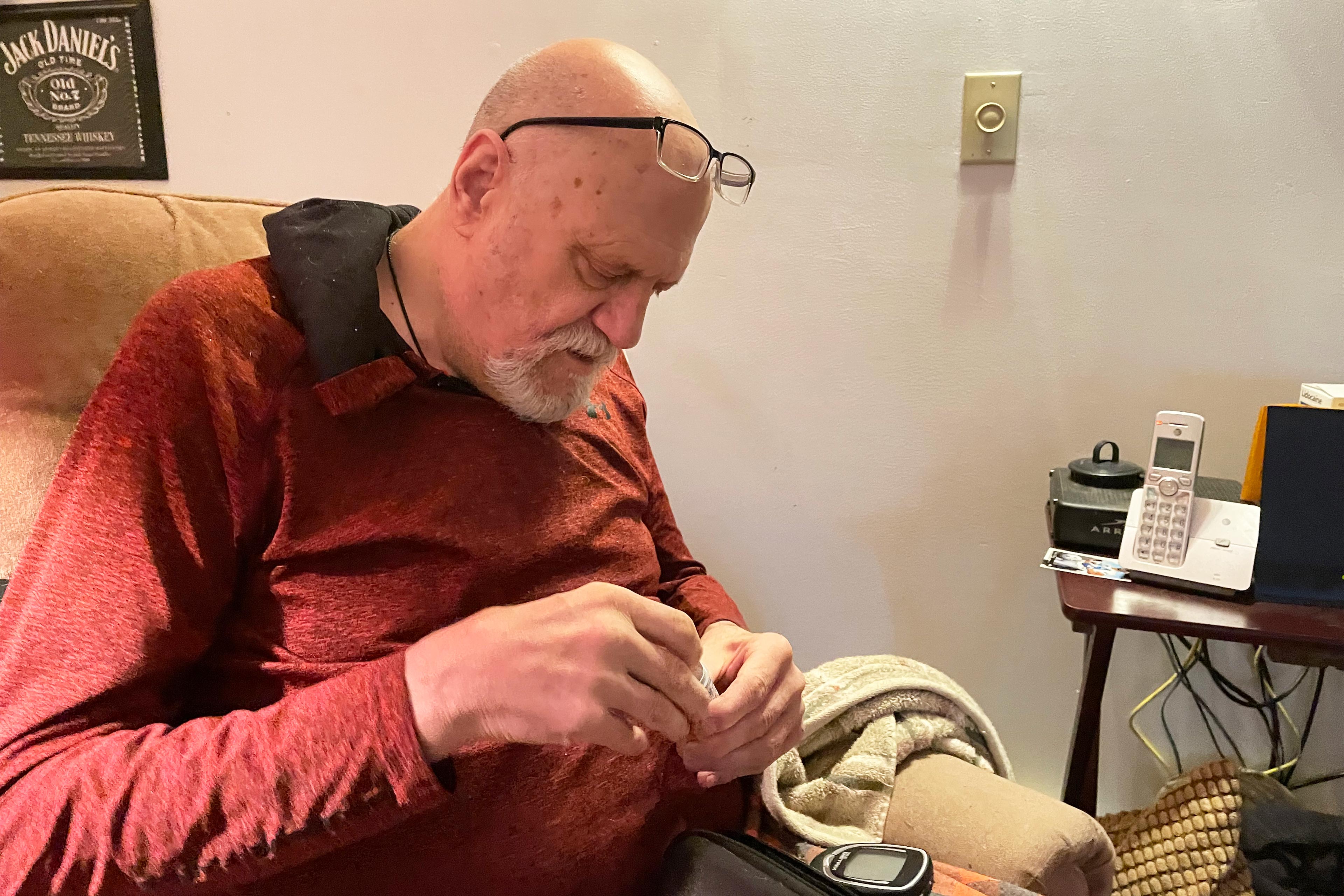 The problem is particularly acute in Montana, where the snow has started to fly as the long Rocky Mountain winter sets in.

Rents in Montana have skyrocketed since the pandemic started. Since 2019, Lewis and Clark County, for example, has seen rental costs jump 37%, one of the largest spikes in the U.S., according to data from the research firm CoStar Group published by The Washington Post. Nationally, rents rose 11% on average in 2021.

The fast-paced growth in Montana and elsewhere in the Mountain West has been driven in part by an influx of highly paid remote workers, drawn to wide-open spaces and abundant recreation opportunities in communities that were plagued by housing shortages even before the pandemic. Kalispell, the largest city in Flathead County, is the fastest-growing city among those in the U.S. with fewer than 50,000 people, according to Census Bureau data.

Inflation and rising rents are leaving many older Americans on the brink of ruin. The poverty rate for people 65 and older rose from 8.9% in 2020 to 10.3% in 2021, according to Ramsey Alwin, president and CEO of the National Council on Aging.

Alwin said people who rely on traditional retirement income, such as Social Security, are having trouble affording the basic necessities. “You’ll find that individuals are often coming up short by about $1,000 a month in order to meet their true needs,” she said.

As a result, many older people must make hard choices about whether to pay for daily needs such as food and medication or rent. Others simply can’t stretch their money and must leave their homes. An upcoming 8.7% cost-of-living increase in Social Security benefits will help offset the effects of inflation, which was 8.2% for the 12 months that ended in September. But Alwin said that won’t be enough to stem the tide of seniors who are losing housing because of rising rental prices.

Montana is home to one of the oldest populations in the country. According to a recent survey of older adults in the state, about 44% struggled with housing during the previous year, and only 10% considered housing affordable.

Emergency homeless shelters in Montana, and across the country, are reporting that more seniors have been showing up at their doors over the past year, many of whom could no longer make rent or couldn’t find a new place to live after their homes were sold out from under them, said Steve Berg, vice president for programs and policy at the National Alliance to End Homelessness.

Berg said it’s impossible to say how many seniors are winding up homeless for the first time because national homeless counts don’t break down the number of people 25 and older into smaller age groups and other data isn’t granular enough to differentiate people losing housing for the first time from older people who are chronically homeless.

Community organizers working directly with homeless people have a deep understanding of how the trend is playing out in their areas.

At the Poverello Center in Missoula, Montana, people in their 60s have become the second-largest age group served by the shelter, said Programs Director Lisa Sirois. She said that she has seen people in their 80s and 90s with no place to go and that the shelter has had to turn away some of them because it wasn’t designed for their needs.

People in wheelchairs have difficulty navigating the narrow hallways, she said, and the shelter’s elevator often breaks down, forcing people to use the stairs to access its dorms. The dorms are lined with bunk beds, which also present challenges.

“Any senior clients or folks with disabilities usually can’t do a top bunk,” Sirois said.

Brian Guyer, housing department director for the Human Resource Development Council Bozeman, said that when his shelter can’t serve a senior, it also must ask the person to leave. A memory that still haunts him, he said, is of an older man who froze to death three days after being denied a spot in the Bozeman shelter because he was incontinent and had mobility problems. “He actually was found outside of a Lowe’s store here in Bozeman,” Guyer said.

And with the older homeless population growing, his staff, already overworked and underpaid, cannot take care of them all, he said.

To prevent the worst outcomes, state and national groups are proposing a slew of changes.

The Montana Coalition to Solve Homelessness, a new organization that plans to lobby on behalf of shelter providers during the legislative session that starts in January, wants the state to modify its Medicaid program to make shelters eligible for funding. They would use the money to provide Medicaid services that could assist seniors living in a shelter or pay for case management services to help seniors navigate benefit programs that offer food assistance and subsidized housing or find assisted living and nursing home facilities.

But the number of available spots in those facilities is shrinking. Nationally, nursing home closures have displaced thousands of residents. In Montana, eight nursing homes either have closed this year or are slated to close by the end of December, according to Montana health officials. Rose Hughes, executive director of the Montana Health Care Association, said other facilities are having difficulty keeping their doors open because Medicaid reimbursement rates are often lower than their operating costs. 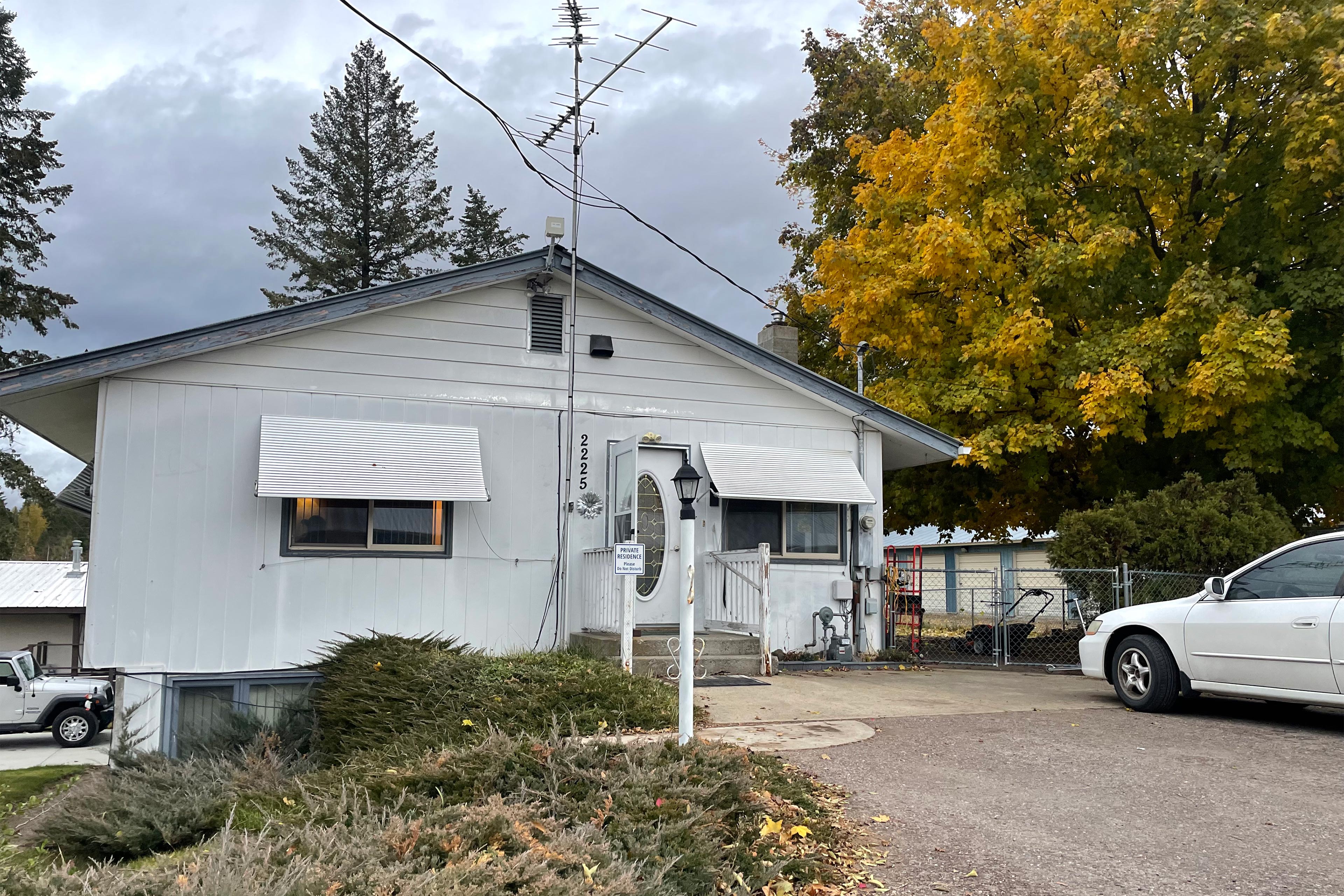 “Your current housing is your best chance for keeping housing for this population,” said Mark Hinderlie, CEO of Hearth, which focuses on homelessness among seniors nationally.

Then there is increasing the housing supply, which most people agree is a long-term solution. In Montana, Republican Gov. Greg Gianforte is proposing policies that would create incentives to encourage the building of more market-rate apartments. But critics say developers are unlikely to create enough subsidized housing on their own.

For Hilton, any sort of open housing unit can’t come soon enough. As he leaned against his truck in the driveway of his now former home, he hugged Beaty as she sobbed into his shoulder before they parted ways.

He drove away in search of a place to camp out, waiting for a call from a local assisted living facility with an opening. He hoped that call would come before winter temperatures settled in.

This story is part of a partnership that includes Montana Public Radio, NPR, and KHN.