Every day this week, more school districts, and even entire states, move to close schools to prevent the spread of the coronavirus. But officials in those districts, as well as the ones still keeping schools open, have been asking a very important question: How do we feed the 29.7 million kids who rely on free or reduced lunches and breakfasts from their schools?

“If we continue to see this disease spread and schools are closed down, families that rely on their kids getting breakfast and lunch through these programs are not going to be able to feed their children,” chef Tom Colicchio told ABC News on Thursday. “And we know that good nutrition is also part of staying healthy, and we need our kids as healthy as possible to fend this off.”

On Friday, the House of Representatives is set to vote on a version of the Families First Coronavirus Response Act, which has one answer to that question. In addition to measures regarding COVID-19 testing, paid leave, and emergency unemployment assistance, the bill puts forth a few policies that would help feed children during this unprecedented time. It allows for more flexibility in distributing school lunches at nonschool facilities, which is what the U.S. Department of Agriculture
has been granting waivers for on a state-by-state basis so far. It gives states the ability to provide emergency SNAP (Supplemental Nutritional Assistance Program) benefits to households already enrolled in the program. Plus, the bill would suspend the work requirements for SNAP that the Republicans recently put into place.

Colicchio explained to ABC why SNAP expansion is every bit as important as finding new places to distribute school lunches, especially when people need to avoid crowds.

“[Using] community feeding centers, where there could be thousands of people, is not the best way to go about this,” he said. “People need money so they can go shopping. And they need money in their [SNAP] accounts so they can actually get ahead of this — they can stock their shelves and get ready for what’s about to come.”

While House Speaker Nancy Pelocy and Treasury Secretary Peter Mnuchin have reportedly come to an agreement on the bill, it’s not clear what the response will be in the Republican-led Senate.

At the time of Colicchio’s interview, the Senate had still planned to go on recess before voting on the bill. But since then, Majority Leader Mitch McConnell said the Senate would be in session next week and that he looks forward to passing bipartisan legislation. Still, McConnell had dismissed the House bill as “ideological wish list,” so who knows if all the proposed SNAP benefits will make it to law?

That’s why the Top Chef judge urged people to get on the phone with their senators and representatives.

In the meantime, if you also want to help as individuals, you can donate to you local food banks or to umbrella organizations such as Feeding America  and No Kid Hungry. Just because we have to practice social distancing at the moment doesn’t mean we should stop caring about others. 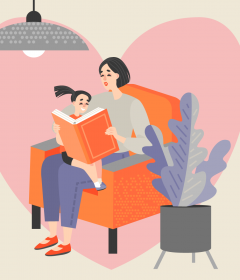 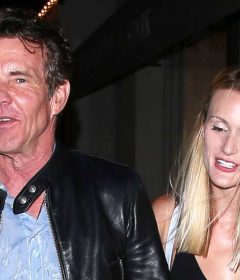 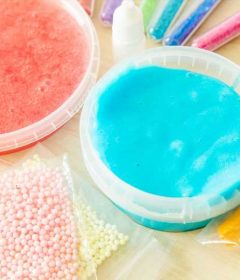