The latest drama on the AITA subreddit revolves around an a**hole mother-in-law, and the unfortunate (but reasonable!) placement of her daughter-in-law’s a**.

The DIL said she and her husband recently went to his parents’ house, and she accidentally cracked an outdoor chair when she sat down. She apologized profusely and asked what she can do, but everyone in attendance said it was fine and that accidents happen (duh!).

You will not be surprised to hear that in the MIL’s eyes, everything was not fine.

“My husband told me that my MIL sent him an invoice for $200 for the chair,” the woman said. “She did not send the invoice to me because she didn’t think I could afford to replace her ‘not cheap’ chair.”

It’s a ridiculous to begin with, but add it to the fact that the MIL repeatedly comments about how her son is the breadwinner (which was not always the case), and it’s downright outrageous.

“I slept on the matter and decided to send her a diplomatic message saying that I won’t be coming to her house anymore because I’m afraid I’ll break more expensive things. I told her my husband is a grown man and is free to go as he wishes, and I will not prevent him from seeing her, but I have had enough with all her antics.” 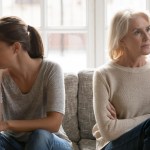 If you’re thinking that’s a lot over a chair, just know that this MIL also makes “disparaging remarks” regarding the DIL’s weight, the fact that she is on anti-depressants, and the mutual decision that she and her husband made about not having kids.

Are you fuming yet?

She gets mad when the DIL and her son swap cars, she had an issue when the two decided to get married in a court—”Not because we couldn’t afford a wedding celebration but because we thought we didn’t need to spend money to show people we loved each other”—and she has a problem with the fact that their dogs are rescues and not purebred.

What is the MILs “solution” to all of this, you ask? She frequently threatens to write the two of them out of her will.

So this was merely the chair that broke the DIL’s back (and it literally could have!).

Nearly 400 commenters agree that the MIL is a “vicious bully” who should have been extremely embarrassed. After all, a host should have safe furniture and let their guests use it. Commenters also said the MIL should be thanking her lucky stars that the DIL didn’t get hurt and “hand her a stack of medical bills.”

“Chairs are meant to be sat on. If you’re not doing something silly with the chair and just sitting on it and it breaks then clearly the chair was already failing. This wasn’t an accident caused by you. It was an accident in the making caused. “

Another said, “Send her a clip of the Judge Judy episode where someone tried to sue someone for their toilet breaking when they sat on it. It’s a chair, it will eventually break, it’s not whoever sat on it lasts fault.”

The DIL has tried to set boundaries in the past and has suggested that she and her husband (who the DIL said is totally supportive and tries to go up against his mom!) and the MIL go to a family therapy session, but nothing works.

And so Redditors agree that this woman who posted is NTA and that her response was both appropriate and a longtime coming. Why would she want to go to the “lair” of someone who uses her as a “punching bag.” The incident has caused drama among the whole family, but people want her stand her ground even if the MIL “sets the family flying monkeys on her.”

As for the next time the MIL visits her son and DIL’s house (it doesn’t happen often given her hatred for the rescue dogs), one commenter suggested the woman charge her.

“Hand her a bill for her use of the utilities and facilities for the duration of her visit: sort of like a resort fee.”

Speaking of bills, people want to know how the MIL landed on $200. Does she expect her son and DIL to cover the cost of a brand new chair to replace her weathered one? One commenter said they would have taken the $200 cost of the chair and depreciated its value based on its age, wear and tear, and any pain (physical or emotional) it’s caused the DIL.

“[MIL] wants to nickel and dime? Show her the true meaning of the phrase.”

Another suggested she hold onto the cash and cherish the “positive outcome” of not having to go to her in-laws’ house anymore.

“Maybe write a list with all fun things you can do with $200 which would be more fun than going to MIL’s.”

Before you go, check out these wild stories about Reddit’s most horrific mother-in-laws. 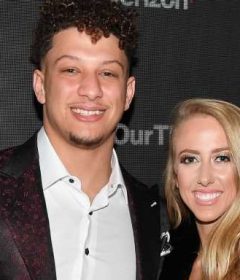 So Your Stepkid Hates You — Now What?