While President Donald Trump has yet to make a concession speech after losing the 2020 presidential election to Joe Biden, he’s had plenty to say about his loss. Trump has refused to admit defeat, and is insisting that voter fraud is responsible for Biden’s win. “I WON THIS ELECTION, BY A LOT!” he tweeted on November 7.

The days following the election saw Trump opening up investigations into voter fraud, claiming that many of the votes were illegal. “The simple fact is this election is far from over,” he said in a statement (via ABC News). “Joe Biden has not been certified as the winner of any states, let alone any of the highly contested states headed for mandatory recounts, or states where our campaign has valid and legitimate legal challenges that could determine the ultimate victor. In Pennsylvania, for example, our legal observers were not permitted meaningful access to watch the counting process. Legal votes decide who is president, not the news media.”

While First Lady Melania Trump hasn’t said much following the election, on November 8 she backed up her husband on Twitter, writing, “The American people deserve fair elections. Every legal – not illegal – vote should be counted. We must protect our democracy with complete transparency.” Melania seems to be in solidarity with her husband on social media, but that might not be the case behind closed doors. There are reports that many people close to Trump, including Melania, are calling for him to concede.

Sources claim that Melania Trump is encouraging her husband to concede

“Virtually everyone in his inner circle, his closest advisers, including his family members, are fully aware that this is over,” Jonathan Karl, ABC News chief White House Correspondent said on This Week with George Stephanopoulos (via Twitter). “There have been conversations, conversations that I am told include the first lady about how to convince him to make a graceful exit.”

A source told CNN that Melania has been encouraging her husband to accept the loss, while other sources told the outlet that the president’s son-in-law, Jared Kushner, has also been pushing for him to concede.

Publicly, however, the Trump campaign has been adamant that it is not giving up yet. Jason Miller, a spokesman for the campaign, denied the reports that Kushner has been encouraging Trump to concede. “This story is not true,” he tweeted. “Given undetermined electoral outcomes in multiple states and serious voting irregularities and lack of transparency in others, Jared has advised @realDonaldTrump to pursue all available legal remedies to ensure accuracy.”

Amid all the uproar of the election results are reports that Melania would like to see her husband out of the White House. Melania, according to some sources, never wanted to be the first lady in the first place. The Daily Mail noted that she didn’t even move into the White House until months after Trump was inaugurated, although the reason given was that she was waiting for their son, Barron, to finish out his school year.

Former White House official Omarosa Manigault told the Daily Mail that Melania has another reason for wanting her husband out of the White House. “Melania is counting every minute until he is out of office and she can divorce,” she said. “If Melania were to try to pull the ultimate humiliation and leave while he’s in office, he would find a way to punish her.”

Melania Trump has been unhappy in the White House

While there’s no confirmation that Melania does plan to leave her husband, it has long been reported that she is unhappy in the White House. She herself has admitted to being weary of the public scrutiny she has faced while her husband has been in office. “I could say that I’m the most bullied person in the world,” she told ABC News in 2018.

First lady historian and Ohio University professor Katherine Jellison told USA Today that she envisions Melania looking forward to relinquishing her first lady duties and going back to Florida or New York where she can “continue the kind of life she led before the White House.”

Kate Andersen, the author of First Women, a book about modern first ladies, told the outlet that she believes “Melania will probably be secretly relieved” to leave the White House. “This is not what she signed up for,” she said. She continued, “She feels like she can’t do anything right, and though every first lady feels that way at some point, she has the disadvantage of being married to someone who has burned every bridge to the past.” 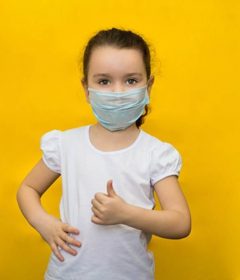 Parental Guidance: What is the pandemic teaching your kids? 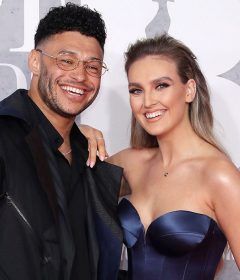 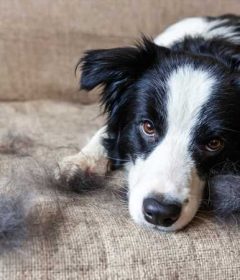