Parenting toddlers isn’t for the faint of heart. But traveling with toddlers? You have to possess saint-like levels of patience. Just ask Hilary Duff, who recently flew to Hawaii with husband Matthew Koma, 3-year-old daughter Banks, 1-year-old daughter Mae, and 10-year-old son Luca (whom she shares with ex-husband Mike Comrie). She shared an Instagram Story about Mae’s scream on the flight, which is “truly wild,” and fans have been begging for a video. Last night, she finally delivered, and whoa! This toddler can scream.

“You asked…. and I delivered,” she captioned the video posted to Instagram yesterday. “Our flight soundtrack to and from Hawaii enjoooooy.”

In the video, Mae is sitting on the kitchen table, dressed in a peach flower sweatshirt. Then, she opens her mouth and lets out the highest pitch, loudest shriek you’ve ever heard. The scream is so powerful, Mae looks a little scared herself after doing it — she’s just as impressed with her vocal range as we are!

Koma commented on the video with a cheeky joke: “Hi, the order I received was damaged and / or missing parts. Would like to return thx.” Actress Ashley Tisdale commented, “It’s the pitch for me!” and chef Gaby Dalkin said, “I am dying 😂😂.”

Other fans commented as well, with one person writing, “Baby velociraptor ❤️” and another saying, “This is what dreams are made of.” Someone else said, “How can such an adorable tiny little angel make such a noise?! 😝” and we were wondering the same thing! Another guessed inside her mind: “She’s like ‘do you HEAR this? I am amazing at this!’ 🤣🤣🤣.”

On April 5, Duff talked about the flight on her Instagram Story and how embarrassed she was with the way Mae acted.

“Guys, I’ve never been more embarrassed in my entire life than being on a plane with MaeMae,” Hilary said on her Instagram Story, per E!. “She was the naughtiest baby — and before I hear all the comments, about like, ‘Oh, it’s her ears or her teeth.’ No. Nope. She was perfectly fine. But she has found this new level of volume when she screams.”

She continued, “It’s so loud and it goes on for so long and it’s truly wild, like a caged animal. And it happened for probably four out of the five and a half hours it takes to fly to Hawaii from L.A. It was unhinged. We were freaking out. There was nothing we could do. Everyone hated us for sure.”

Yesterday, Duff posted a video of Mae eating a chicken nugget, and fans commented asking her to post the Hawaii video. “Still waiting for her banshee shrieks on the flight to Hawaii video 😂😂😂,” one person wrote. Duff responded, “hahaha I couldn’t even film it because both arms were frantically holding on to her so she wouldn’t face slam everywhere and knock her teeth out.”

How lucky are we that Duff was able to capture this iconic scream on video? All toddler parents can relate, for sure!

Even when you’re famous, Mom Guilt is a thing, as these celebrity moms show. 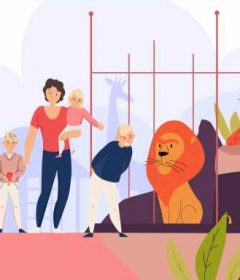 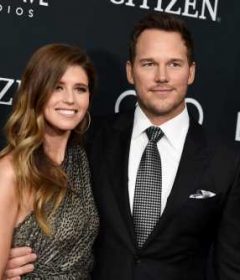