Kids generally love playing dress-up any time of year, but come Halloween, even the adults get involved — including some of the world’s most famous families.

While we’re sure many of you did your due diligence on Instagram yesterday, we’ve rounded up every sweet and spooky celebrity kid and family Halloween costume for those of you who were giving your thumbs a break — or delighting in too much candy to focus on the internet’s cutest costumes.

From the Irwin family dressing up as The Office characters to North West donning a massively impressive alien prosthetic, scroll on for all things Halloween in Hollywood.

Bindi and Robert Irwin, along with Bindi’s husband Chandler Powell and their little Irwin, Grace Warrior, gave us this year’s The Office Halloween content that somehow never gets old, no matter how many people duplicate the beloved show’s characters in costume though the years.

Bindi and Chandler were, of course, Pam and Jim; Robert dressed as Dwight, and Grace had the world positively cackling in her Michael Scott costume — mostly because of the hilarious face she pulled in the photo.

Khloé Kardashian gave the world its first glimpse of her 4-month-old son in an adorable fuzzy Tigger jumper, as well as big sis True in her Owlette costume as she held her little “Snowy.” 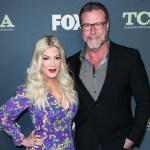 Neil Patrick Harris, David Burtka, and their twins Harper and Gideon majorly stretched their creative muscles this Halloween for a hysterical and impressively well-done “Trick or Meat” costume theme. Harris and Burtka dressed up as Ronald McDonald and Burger King’s “The King,” respectively, and Harper and Gideon cosplayed as Wendy and KFC’s “The Colonel.” We’re saving this one in the memory bank for future Halloween inspo!

Donald Faison and his daughter, Wilder, win this year’s Daddy & Me costume category. The Clueless alum revived his role as Murray, with his daughter reprising Dionne’s character — she absolutely nailed the sassy energy and flair for fashion.

Ayesha and Steph Curry‘s kids, Riley, Ryan, and Canon, all hammed it up for the camera in their Halloween costumes. Ryan dressed as a classic witch, Canon as a zombie football player, and Riley as Sally from Corpse Bride.

North, Saint, Chicago, and Psalm West are in the running for 2022’s best group Halloween costume as well. Kim Kardashian and Kanye West‘s kids took inspiration from ’90s music icons and dressed as Aaliyah, Snoop Dogg, Sade, and Eazy E — and they totally nailed each look, especially North in her Tommy Hilfinger outfit!

The eldest Kardashian-West kid gets a special shoutout for her dedication to Halloween — on her and Kim’s shared TikTok, North shared her seriously impressive alien prosthetic costume, as well as a Michael Jackson look and a TLC-inspired costume.

Jana Kramer got wholesome and nostalgic with her two kids, Jolie and Jace, dressing up as Toy Story’s Jessie, Bo Peep, and Buzz Lightyear. Even their adorable goldendoodle got in on the Halloween action as Woody. We know who Pixar should cast if they ever decide to come out with a live action rendition of the beloved movie!

Chrissy Teigen, John Legend, and kids Luna and Miles all did their own thing for Halloween this year, but they still looked cute while doing it! A very pregnant Teigen joked that her bunny costume was all she could muster in her state, while Miles dressed in a dinosaur skeleton onesie, and Luna looked stunning in her Princess Jasmine costume.

Crushing the Mommy & Me costume category this year is Ciara and her daughter Sienna. The two Wilson girls recreated Serena and Venus Williams’ 2000 “Got Milk?” ad to a tee, which is not only majorly creative, but also impressively well-done.

Patrick, Brittany, and Sterling Mahomes drew inspiration from space (see the adorable photos here!) for their sweet family Halloween costumes. Dressed as the sun, the moon, and the star (eh, the Ster?), respectively, the soon-to-be family of four looked wholesome as ever.

Dancing With the Stars pro Witney Carson McAllister, her husband, Carson, and their son, Leo, went with a classic Disney theme for their Halloween costumes this year: Cruella de Vil and her 101 (or in this case, just the two) dalmatians. Cute is an understatement!

Taking a note out of her fellow DWTS pro’s Halloween hat, Lindsay Arnold embraced the Disney theme and dressed her family as Peter Pan characters for the holiday — herself as Wendy, husband Sam as Hook, and daughter Sage as Tinker Bell.

Zoe Saldana and her kids leaned into Halloween about as much as you can with these funny, simple, and cute ghost costumes. If you’re in need of a last-minute theme next year, circle back to this easy group idea!

Jessica Alba, her husband Cash Warren, and their son Hayes got unique with their costumes as “the monster truck and his mechanics.” We love their creative thinking and Hayes’ costume especially!

Vanessa Bryant and her daughters, Natalia, Bianka, and Capri, dressed as Lion King characters this Halloween, with Vanessa as Scar, Natalia as Mufasa, Bianka as Simba, and Capri as Nala. The mom of four also shared additional photos of her youngest girls dressed as Isabella and Dolores from Encanto, and they’re convincing contenders for a future live-action version of the Disney movie!

These famous moms love wearing matching outfits with their kiddos.