The upside of the total garbage fire that has been most of 2020 is that we as a culture have become more politically active than ever — and that includes our kids. Parents are having (ongoing and/or long overdue) conversations with their kids about violence, educating them about privilege and racism, and teaching them to be activists in their schools and communities.

But what’s one thing that can make all the difference between your kid smiling and nodding vs. actually getting out there and enacting change? An activist role model, of course. Nothing is quite as inspiring to a kid as seeing just how many diverse, incredible, badass child and teen activists are out there these days, battling for Black lives, climate justice, and much more.

We’ve rounded up 12 kids who have made a name for themselves doing just that: fighting the good fight. Whether they’re petitioning, picketing, giving speeches, spearheading powerful protests of thousands, or creating activist artwork from home, these young people are making a difference — and they’re setting an amazing example for your kids. And, you know, for all of us adults too. This is one dozen kids you’ll want to follow, stat.

we are HONORED. thank you so so much! @barackobama ♥️

I’m starting local, because I am so beyond proud of these teens from my adopted hometown who led a march of 10,000 through downtown Nashville to protest police brutality and violence against Black Americans. Teens4Equality is made up of Zee Thomas, Nya Collins, Jade Fuller, Mikayla Smith, Kennedy Green, and Emmarose Smith. And, yes, their remarkable organizing work caught the eye of our once and forever king/dad, President Barack Obama. Follow Teens4Equality on Instagram for updates and to buy merch — and join us for their next protest on July 4 if you’re in town.

Don’t wait to be great! Thanks for the reminder Jahkil @officialprojectiam Me and other youth activists from around the world are using this time to keep working to create the world we want to see! We may be distancing physically but we are supporting each other and collaborating to ensure we have a future where we can all thrive ❤️ Thank you everyone for continuing to support youth activists and our causes! We will all make a difference together. Stay safe everyone. . . Shirt by @officialprojectiam. Thank you! Make sure to check out his #marvel #heroproject episode too!

Genesis Butler gained fame at age 10 when she became one of the youngest people to ever give a TED Talk. She’s the founder of nonprofit Genesis for Animals and is an outspoken advocate of animal rights, climate justice, and (no surprise here) veganism. And as it turns out, activism is in Butler’s blood; her great grand-uncle was labor rights organizer Cesar Chavez.

Villaseñor is a 15-year-old climate activist, co-founder of US Youth Climate Strike and the founder of Earth Uprising. Basically, she’s our very own stateside Greta Thunberg — and we’re lucky to have her.

“When I go out and protest, it’s one of the ways that I feel like I have a say in what’s going to happen,” Villaseñor told The New Yorker when she was 14.

Today was my week 52 climate strike- that's a year. In nyc I was so proud of the thousands of students at City Hall. One of our demands was focused at COP25, and tonight I'm leaving for madrid. #cop25 #climateaction ☘

17-year-old Isra Hirsi, who proudly declares herself “*the* angry Black girl” is an activist, a high schooler, and a force of nature located in Minneapolis, MN. She’s another co-founder of the U.S. Youth Climate Strike, and she’s also (notably) the daughter of fellow badass woman Ilhan Omar, the congresswoman who in 2019 became the first woman of color to hold elective office in Minnesota.

happy mother’s day to the amazing woman who taught me how to always be unapologetically me. i love you hooyo <3

OK, we’re maybe stretching the word “kid” here because Barrett is 21, but he’s been at this for awhile. The seasoned activist is a Fellow with Alliance for Climate Change, he’s a part of Our Children’s Trust — and in 2015, he notoriously sued the federal government over climate change.

“Climate change isn’t just about temperatures and weather, it’s about people,” Barrett writes on the Our Children’s Trust site. “Our earth will be here for millennia, it’s up to us to decide if humanity will be too.”

Check out Juliana v. United States plaintiffs in the current @oprahmagazine edition, which features @youthvgov and our lawsuit against the federal government. #youthvgov #youthactivism #climatechange

My sport is activism. When I became a climate activist I no longer found the time to do gymnastics, or be part of a school sport. But then I realized that when I run around the city to make it to meetings, when I strike, and walk, and jump… that is sport . . As activists we can redefine what sport is, and we are already doing this every time we stand up for a cause! . We can push the limit of what sport means through our lives and experiences! #mysportmycity #teamnike

Mexican-Chilean activist Bastida pretty much sums up her (already impressive!) life’s work in this very Instagram post: “My sport is activism,” she writes, chronicling how, when she became involved in the fight for justice, any other sort of “extracurriculars” fell away. Bastida is a member of the indigenous Mexican Otomi-Toltec nation and grew up in San Pedro Tultepec.

“Earth is our home,” she told PBS. “It gives you air, water and shelter. Everything we need. All it asks is that we protect it.”

Thanking God for allowing me to remind girls we can do anything! We are the next generation of leaders and “I Am” the CEO of Peyticakes! Join the “ I Am” Movement with me! #IAmMovement #peyticakes #iamchange . . . . . Purchase your “I Am” Change tee today! Let’s change the world together! Link in bio.

But activism doesn’t always have to mean hitting the streets. Peyton Brown decided to use her voice — and her talents — for change by starting a fashion line to empower young girls to speak out. She started designing at just 7 years old, and this little artist-activist proves there are so many different ways we can fight for change.

“We are the next generation of leaders, and I can’t wait to see what happens,” Brown writes on her site. And we couldn’t agree more.

Kick-start important conversations about diversity and inclusivity by reading these children’s books. 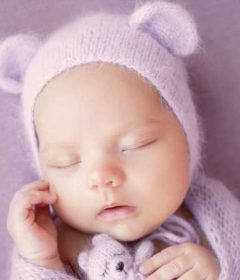 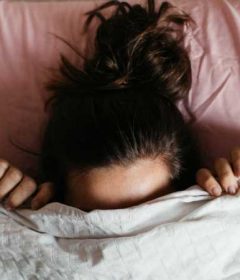 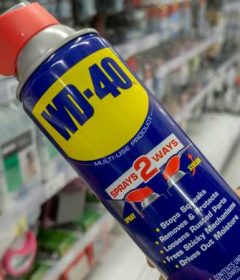