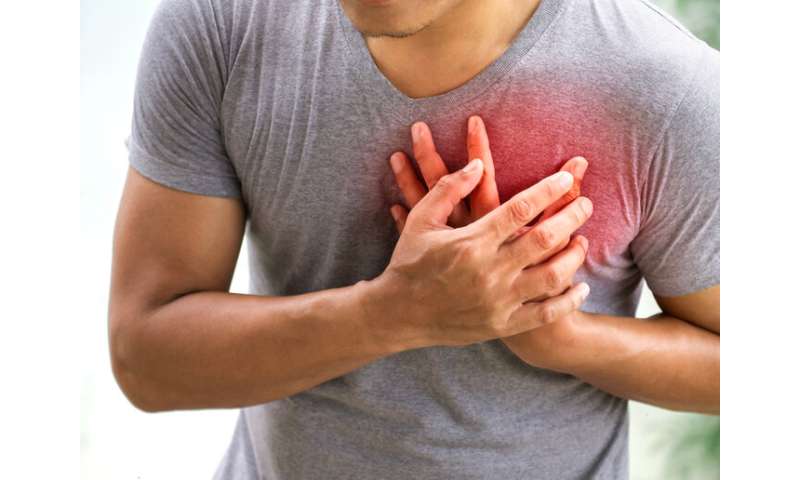 Drugs based on a molecule called dihydropyridine are commonly prescribed by doctors to treat high blood pressure and angina, a chest pain caused by reduced blood flow to the heart. However, there’s a chance that these same drugs increase the risk of sudden cardiac arrest (SCA). Because the heart stops pumping blood to the heart and other vital organs during an SCA, failure to receive timely treatment can be lethal.

SCA is responsible for up to half of all deaths caused by cardiovascular diseases in industrialised countries. Most of the time, it’s the result of lethal heartbeat irregularities following disruptions in the heart’s electrical activity. Such disruptions can be caused by a number of factors affecting the heart’s ion channels. When these channels are blocked, the action potential of cardiac cells becomes shorter. Action potential refers to the change in electrical potential when an impulse travels along the membrane of a muscle cell or nerve cell. When the action potential duration is shortened, this may cause the aforementioned heartbeat irregularities referred to as ventricular tachycardia/fibrillation (VT/VF).

Because they block cardiac calcium channels, there have been concerns that dihydropyridine-based drugs increase the risk of SCA. Researchers supported by the EU-funded project ESCAPE-NET set out to establish whether this is true. In their study, they sought to determine whether nifedipine and amlodipine, the two most commonly prescribed dihydropyridines in the Netherlands, are linked to a higher risk of out-of-hospital cardiac arrest (OHCA).

According to the study’s findings, high-dose nifedipine is associated with a higher risk of OHCA in the general population. However, this doesn’t apply to low-dose nifedipine or any dose of amlodipine. The researchers found differences in the cellular electrophysiological properties of clinically used concentrations between both drugs, and recommend careful titration of nifedipine.