Home » Health Problems » What is a Reagent?

What is a Reagent?

A reagent is an integral part of any chemical reaction. A reagent is a substance or compound that can facilitate a reaction, and they are used in most widely used tests. This includes, for example, pregnancy tests, blood glucose tests, and most COVID-19 test kits. 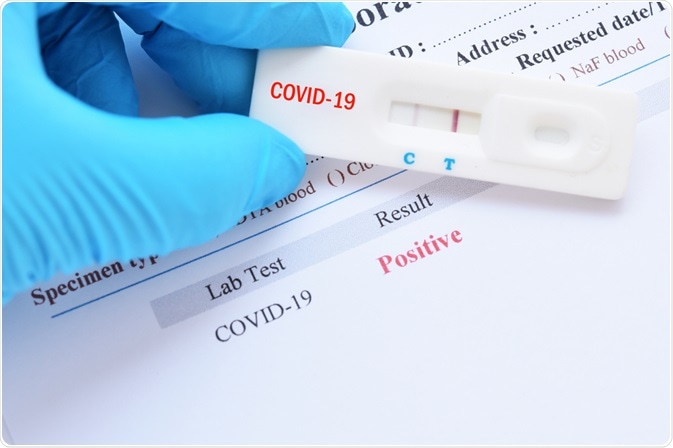 While sometimes used interchangeably with the term “reactant”, reagents and reactants are quite different. In a chemical reaction, a reagent binds to something and thus triggers a reaction. It is not consumed during this. However, a reactant is consumed. A reactant is a substrate in a reaction, whereas a reagent is a catalyst.

Reagents are commonly used in laboratory settings for various tests. For example, Collins reagent is used to convert alcohols to aldehydes and ketones. As such, it can be useful to oxidize acid-sensitive compounds. Fenton’s reagent, similarly, is used in oxidation. However, Fenton’s reagent catalyzes the oxidation of contaminants in water and can be used to eliminate toxic compounds, such as tetrachloroethylene.

Reagent kits and how they are used

Reagents, such as the ones mentioned above, are commonly used in laboratory or field settings to detect the presence of a range of substances. For example, one of the widespread uses of reagents in everyday life is to test for illegal drugs. While most kits, such as those used to test for common drugs, are easy to use and involve noticing whether there is a color change, other kits are more complicated and require laboratory equipment, such as chromatography.

There are two principal methods by which COVID-19 testing is done: antibody testing and PCR-based testing. Both of these rely on reagents to successfully test for COVID-19 infections. In antibody testing, the compound being detected in the reagent testing kit is the antibody to the COVID-19 virus.

In these cases, the blood of the patient is tested with enzymes as the reagents. The test reagents bind antibodies, such as IgG and IgM, and if they are present a line will indicate this on the testing kit. These tests are quick to carry out and can indicate the previous infection of the virus.

PCR, or polymerase chain reaction, tests whether the genetic material of the COVID-19 virus is present in the blood. Using real-time reverse transcription PCR (RT-PCR), the reagents used are enzymes to detect the specific genetic material, which is highly unique to the virus. This is a more complicated form of the reagent test kit, as it requires chromatography techniques.

However, as with other forms of reagents, the ones used for testing of COVID-19 are limited and prone to issues in production and trade. In a pandemic setting, especially, this has become an issue, as previously laboratories and producers operated at a much lower capacity compared to the current need and a shortage of reagents has not been encountered before on the same scale. There are different reagents used to extract the virus or viral materials, others to amplify this, and then other reagents to test for their presence.

Sara is a passionate life sciences writer who specializes in zoology and ornithology. She is currently completing a Ph.D. at Deakin University in Australia which focuses on how the beaks of birds change with global warming.

Statins: Two areas where the ‘most severe’ side effects can appear – how to spot