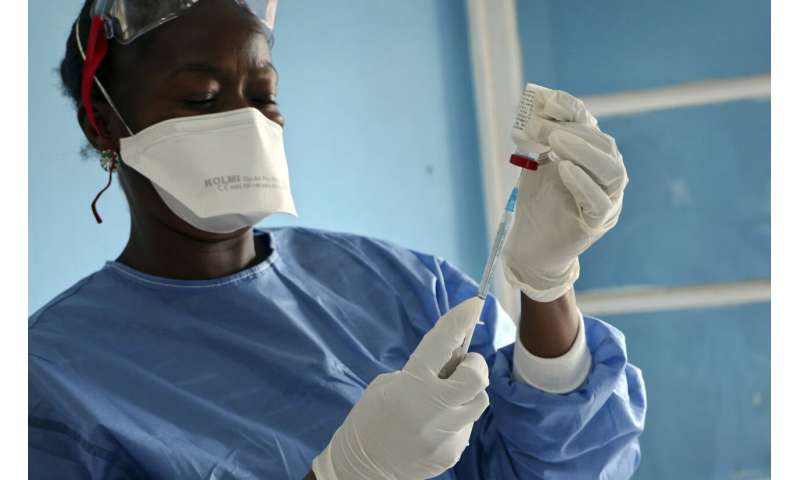 The vaccine alliance GAVI announced Thursday it would invest $178 million to create a global stockpile of about 500,000 Ebola vaccines, a decision that health officials say could help prevent future outbreaks from spiraling out of control.

The public-private partnership includes the World Health Organization, UNICEF, the Bill & Melinda Gates Foundation and the World Bank, among others. The funding announcement was made after a meeting of GAVI’s board. GAVI said the investment, which it called an estimate, will be provided between now and 2025.

Since the current outbreak in eastern Congo was identified last August, health officials have immunized more than 255,000 people with a recently licensed vaccine made by Merck. To date there have been nearly 3,200 confirmed Ebola cases, including more than 2,200 deaths, in what has become the second deadliest Ebola outbreak in history.

Dr. Ngozi Okonjo-Iweala, chair of Gavi’s board, called the creation of the Ebola vaccine stockpile a “historic milestone in humanity’s fight against this horrific disease.” GAVI said “a coordinating mechanism” to decide how and when vaccines will be used will be established with partner organizations.

There are similar stockpiles for vaccines against yellow fever, meningitis and cholera. Those limited shots are doled out to developing countries by WHO, UNICEF, the Red Cross and Doctors Without Borders after receiving technical advice from others.

The Ebola vaccine stockpile will be available to all countries, but only developing countries will be able to get vaccines for free in addition to support for the logistical costs of mounting vaccination campaigns.

Jason Nickerson, a humanitarian affairs adviser at Doctors Without Borders, said the new stockpile would change how officials respond to future Ebola outbreaks.

“Knowing how many doses of the vaccine exist in the world, and then being able to get a supply of them to high-risk countries in a very quick way, gives us another tool to respond to these outbreaks,” he said.

Earlier this year, the medical charity publicly called for an independent committee to oversee Ebola vaccination efforts in Congo, saying WHO sometimes used arbitrary criteria to determine who would get immunized. It said the fact that Ebola was continuing to spread despite the large number of people vaccinated was a damning assessment of the response.

Containing this outbreak has been complicated by violence and misunderstandings in a part of Congo that had never reported an Ebola case before.

Last week, response activities were suspended after attacks killed four Ebola responders, including a member of a vaccination team. Multiple rebel groups operate in eastern Congo and the region has been described as a war zone.