The Mastermind approach to brain research 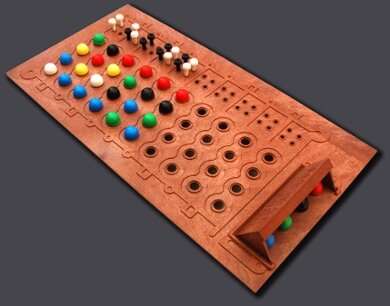 The brain is a complex organ, and researching medicine to treat brain disorders is equally if not more complex. Elizabeth (Liesbeth) de Lange, Professor of Predictive Pharmacology, calls for a structured approach. “In effect, it’s like playing Mastermind.” Inaugural lecture on 22 March.

“The brain has always fascinated me,” says De Lange. “This intriguing organ controls all our functions and makes us the person that we are.” This Professor of Predictive Pharmacology has dedicated years to brain research that will help improve therapies for brain disorders. “The effects of a brain disorder – take Parkinson’s or Alzheimer’s disease, but also brain tumours, anxiety disorders or depression – are dreadful. The brain’s function changes, and this can lead to changes in emotions, behaviour, memory and even personality and character.”

But the research is very complex. “It is fairly easy for medicine to move between blood and tissues in the body through a process known as diffusion. This works like adding a drop of food colouring to a glass of water: the colour gradually diffuses through the glass, driven by the concentration difference of the food colouring.” But the brain is protected: the blood vessels in the brain form the blood-brain barrier. “Depending on the medicine, this takes more or less effort,” De Lange explains. “Other medicines have to be actively transported through the blood-brain barrier to get them into the brain.” All this transport depends on the properties of the medicine and the blood-brain barrier.

Once medicine reaches the brain, there is a complex interplay between diffusion – the transport through fluids – and active transport molecules that determines whether a medicine arrives at its destination at the right time and in the right concentration. “But it can also end up in the wrong place, which can cause side-effects,” says De Lange. In the past, too little account was taken of this when testing new medicines. “But we have now developed a brain distribution model, a kind of navigation system for medicines. Like your satnav, this takes your starting and destination points, the available roads, how busy it is and other relevant information to predict how the medicine can reach its destination – and which junctions there may be.”

De Lange and her team developed this model having conducted years of very structured research. “We used minuscule tubes to map the journey of all sorts of different medicines in the brain.” De Lange believes that this structured approach was extremely important. “The complexity of the tissue and the disorders makes this essential. You can compare it with the game of Mastermind. Nature has the codes and we researchers have to break them. We have to process the code maker’s clues in a logical manner – with the familiar black and white pegs – and analyse all the clues together because the processes in the body are also linked.”

De Lange also wants to apply this Mastermind strategy to disease-specific variants of the navigation system, for instance a model for brains with Alzheimer’s disease. “With Alzheimer’s there are all sorts of changes in the brain, in terms of structure and processes. And that in turn changes the course of the disease. If we can discover what these changes are, we then have a model that will make faster and better research into therapies for this disease possible.”