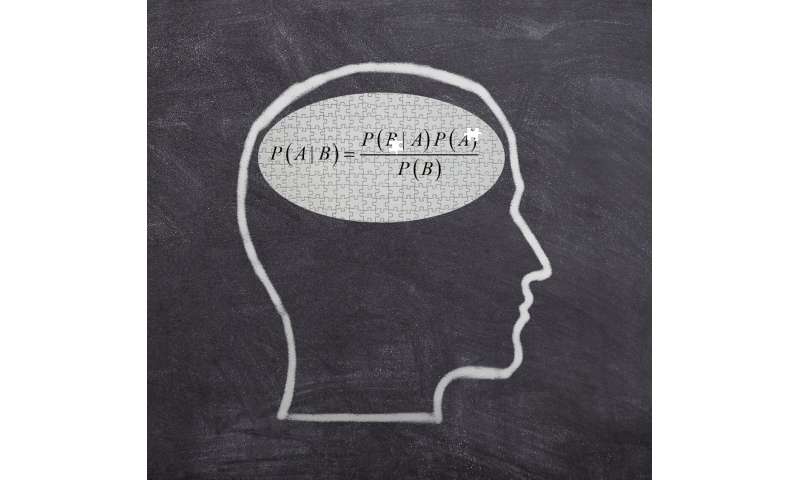 Human perception is based on mathematically optimal principles, but the brain implements those principles imperfectly, suggests new research by Elina Stengård and Ronald van den Berg of the University of Uppsala, Sweden. They present their findings in PLOS Computational Biology.

The human brain uses imprecise sensory inputs to determine truths about the surrounding environment. Previous research has suggested that human perception is “Bayesian,” meaning that the brain accounts for uncertainty of sensory observations in a mathematically optimal way. However, some of those studies have been criticized mathematically, and other research suggests that the brain is inherently imprecise at the neural level.

To address those concerns, Van den Berg and Stengård presented 30 volunteers with a series of perception tests. These tests involved identifying whether ellipse shapes appearing on a screen were tilted clockwise or counterclockwise from vertical. Different tests incorporated sensory uncertainty in different ways, such as varying degrees of elongation of the ellipse shape, distractions in the form of nearby ellipses, and a short display time of the ellipse on the screen.

The researchers then analyzed their results against a series of different mathematical models. They found that the data is best accounted for by a model that is Bayesian at its core, but also subject to imperfections. This model outperformed both an optimal Bayesian model and all non-Bayesian models that were tested.

“Our results suggest that human perception is blueprinted on optimal strategies, even though the brain’s execution of these strategies seems to be imperfect,” Van den Berg says. “This novel concept provides a theoretical middle ground between the seemingly opposing literatures of optimal models and heuristic models.”