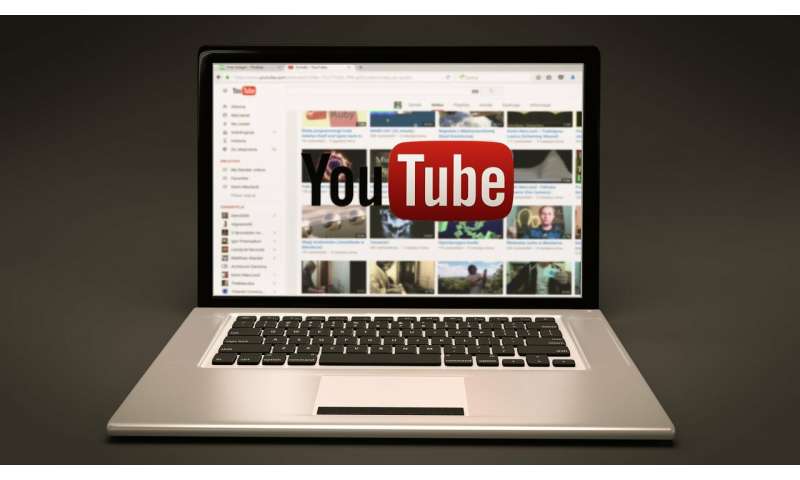 Like many studies, Jessica Kruger’s foray into researching binge-watching began with a good story.

Kruger, who is now at the University at Buffalo, was a Ph.D. candidate in health education at the University of Toledo. She was talking with a fellow doctoral candidate who had spent her weekend watching tons of episodes of the popular Netflix series “House of Cards,” starring Kevin Spacey.

Kruger’s first thought? “That’s probably not healthy for you.”

So, Kruger and her colleague—Monita Karmakar, now a senior statistician in the Department of Surgery at Michigan Medicine—set out to study whether binge-watching had any deleterious health effects. They were particularly interested in whether it affected college students’ academic achievement and overall health.

They were among the first scientists to look into this. In fact, they struggled getting some of their initial papers on the subject accepted. At that time, binge-watching wasn’t the cultural norm it is now, and the scientific community was skeptical of its validity.

“It’s cool to be an innovator, but it’s not cool when no one thinks this is something real,” she adds. “But now I always get invited to review articles on binge-TV-watching because our name is out there as among the first to research this.”

Turns out, binge-watching can have a variety of negative effects on a person’s mental and physical well-being. For example, Kruger’s and Karmakar’s initial study—presented at a conference in 2015—found that people who self-identified as binge-watchers reported higher levels of stress, anxiety and depression.

Binge-watching is one prong of Kruger’s research on consumption and addictive behaviors. Her papers on the “drunchies” and the “munchies” have examined how alcohol and marijuana use affect diet.

An escape from everyday life

Kruger’s research showed that college students used binge-watching as a form of relaxation.

Derek Burghardt is a senior public health major who spends about 20 hours a week watching shows on streaming services or videos on YouTube.

“It takes me away from studying, which as a college student I do an excessive amount of,” says Burghardt, who recently binge-watched “Archer,” “Game of Thrones” and “Breaking Bad.”

It’s all about balance, says Hannah Mechanic, a senior majoring in health and human services, who’s recently binge-watched “Grey’s Anatomy” and “How I Met Your Mother.”

“I think I have good self-discipline, so that it’s not the biggest problem for me,” she says. “Sometimes I watch one more episode than I should, but I’m not staying up all night watching TV the way that some people do and realize it’s 4 a.m. and you’re like, ‘Oh, crap, I should’ve gone to sleep.'”

And that’s where excessive television-watching can become problematic on a variety of levels. Most notably, it can be an obesogenic behavior, or a behavior that leads to obesity.

“If you’re sitting there binge-watching for six hours, not only are you sedentary, but you’re probably also eating whatever’s in front of you and not thinking about it,” Kruger says. All that mindless eating can lead to weight gain.

It can also disrupt a person’s sleep pattern and cause sleep deprivation. Then there are the societal impacts of millions of people isolating themselves for hours at a time to watch their favorite TV shows.

And yet, Kruger says, it’s a fact of life in the digital age that we’ve come to accept.

“One of the problems with it is all the social norming that occurs. Every other day there’s a new article on Buzzfeed or someplace else talking about binge-worthy shows,” she says. “It’s become a norm.”

While it may seem like it’s all bad, Kruger says watching gobs of your favorite shows can be done in a healthy way. You guessed it: “Everything in moderation,” she says.

Another phenomenon associated with binge watching is “showhole.”

Explains Kruger: “People who are done watching a series feel really sad, lost, a sense of emptiness because their favorite characters, who now feel like friends, are gone until either the next season or, if they don’t create a season, it’s over.”

What’s fascinating, too, is how streaming services have changed the way we watch television.

“With new streaming services such as Netflix, Hulu, Amazon, they’ve now been able to put out whole series, which we used to have to wait for,” says Kruger. “Every Tuesday, your favorite show would come out. But with these streaming services, you can now sit down and watch a whole season in 24 hours, or as fast as you can.”

There’s even a term—”superbingers”—for viewers who watch an entire season within a 24-hour period.

While it may not seem like the most pressing topic to study—after all, heart disease and cancer still rank among the top killers in the U.S.—it is important to understand how this new behavior affects people’s health.

“There’s been a lot of research on TV addiction, but not so much on binge-watching and its effects because this is a new thing,” Kruger says. “We didn’t have Netflix, Hulu and everything streaming a decade ago.”