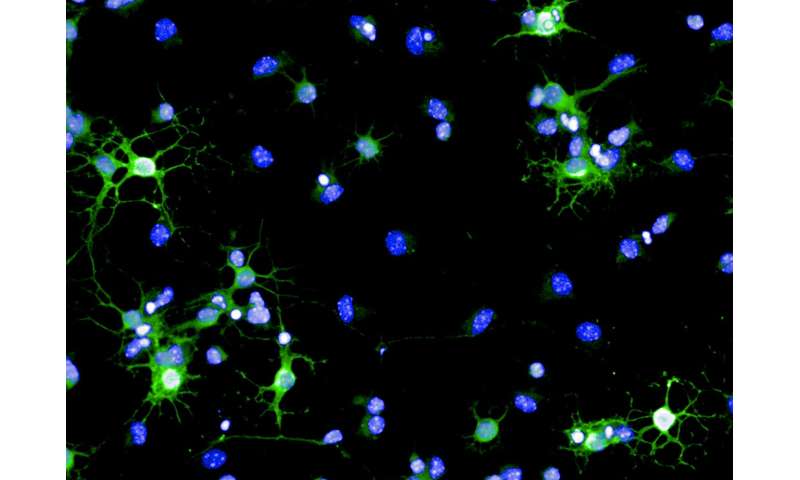 Diseases such as multiple sclerosis are characterized by damage to the myelin sheath, a protective covering wrapped around nerve cells akin to insulation around an electrical wire. Researchers from Charité – Universitätsmedizin Berlin have discovered how the body initiates repair mechanisms to limit the extent of any damage to this sheath. Their findings, which provide a basis for the development of new drugs to treat multiple sclerosis, have been published in Nature Communications.

Multiple sclerosis is the most common autoimmune disease of the central nervous system. Estimates suggest that more than 200,000 people are affected by the disease in Germany alone. People with multiple sclerosis experience vision and sensory problems, as well as impaired coordination or even paralysis. These symptoms are caused by the disruption of nerve impulses in either the brain or the spinal cord. This disruption occurs when the body’s immune system attacks the myelin sheath, which is wrapped around the body’s nerve fibers and provides electrical insulation. When the myelin sheath is no longer intact, communication between nerve cells is impaired. Researchers across the globe are searching for new ways to repair the myelin sheath and, in doing so, are looking to reduce neurological symptoms in people with multiple sclerosis. Researchers from Charité have now moved a decisive step closer to this goal.

Charité’s research team decided to take a closer look at the body’s innate ability to heal itself, knowing that, under certain conditions, the central nervous system is capable of repairing damage to the myelin sheath. Specific molecular signals enable stem cells to differentiate into myelin repair cells (oligodendrocytes), which reside in a small stem-cell niche in the brain. Once they leave this niche, these repair cells migrate to where myelin damage has occurred in order to restore the affected nerve cells’ electrical insulation. Until now, very little had been known about the molecular signals responsible for initiating this myelin regeneration mechanism. “We have found that the Chi3l3 protein plays a central role in the body’s capacity to produce new myelin-forming oligodendrocytes,” says the study’s first author, Dr. Sarah-Christin Staroßom of Charité’s Institute for Medical Immunology. A researcher at the NeuroCure Cluster of Excellence and the Experimental and Clinical Research Center (ECRC), Dr. Staroßom explains the protein’s role as follows: “The Chi3l3 protein initiates the differentiation of neural stem cells into myelin repair cells, which restore the electrical insulation around damaged nerve cells.”