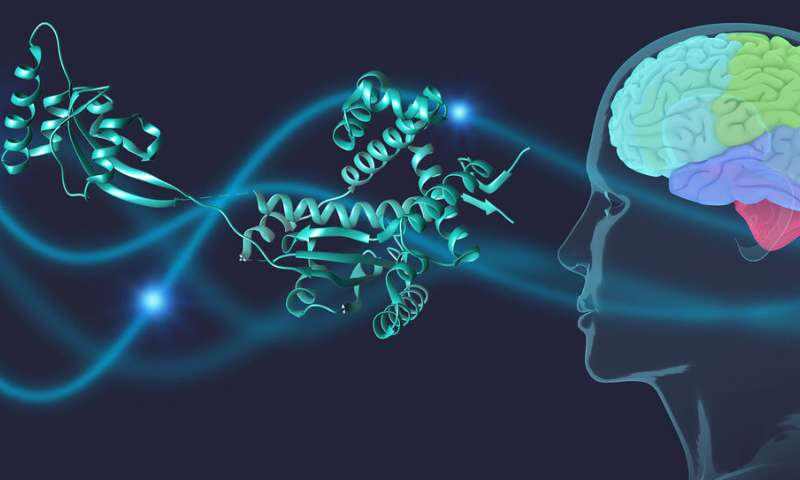 Chaperone proteins in human cells dynamically interact with the protein α-Synuclein, which is strongly associated with Parkinson’s disease. A disturbed relationship to these “bodyguards” leads to cell damage and the formation of Lewy bodies typical for Parkinson’s disease. The findings by researchers from the University of Basel’s Biozentrum have been published in Nature.

Parkinson’s disease is one of the most common neurodegenerative disorders. In Switzerland, about 15,000 people are affected. Because of the worldwide rise in life expectancy, a rapid increase in Parkinson’s cases is expected in the next years. The causes of the disease, which leads to the progressive death of nerve cells in the brain, are still not well understood. Therefore, the development of effective therapies is all the more difficult.

It is well accepted that the protein α-Synuclein can play a key role in the development of Parkinson’s. Researchers led by structural biologist Prof. Sebastian Hiller have now discovered that assisting proteins, known as chaperones, are constantly protecting α-Synuclein in human cells. Whenever the chaperones are unable to fulfill their bodyguard job, α-Synuclein shows its negative side and causes serious cell damage.

“Using state-of-the-art NMR technology, we have discovered a specific pattern that determines the exact interaction site of α-Synuclein with chaperones,” explains Hiller. “There is not fixed, rigid interaction, but a dynamic and constantly changing encounter.” In healthy cells, α-Synuclein is always accompanied by chaperones such that the protein remains transportable and at all times a pool of functional α-Synuclein proteins is available.

There are serious consequences if the chaperones are no longer able to perform their bodyguard function. Chemical modifications of α-Synuclein, such as those observed in Parkinson’s disease, interfere with chaperone binding. These “unaccompanied” α-Synuclein proteins can re-localize and accumulate on the membrane of mitochondria, the power plants of the cell, and gradually destroy them. As recently shown, Lewy bodies typical for Parkinson’s disease mainly consist of mitochondrial membrane fragments and α-Synuclein.

“With our work, we are questioning the paradigm that the function of chaperones is solely to help proteins to fold into their proper shape,” says Hiller. “Chaperones do far more than just assist in protein folding. They control cellular processes by flexibly interacting with a variety of proteins and accompanying them like a shadow.”