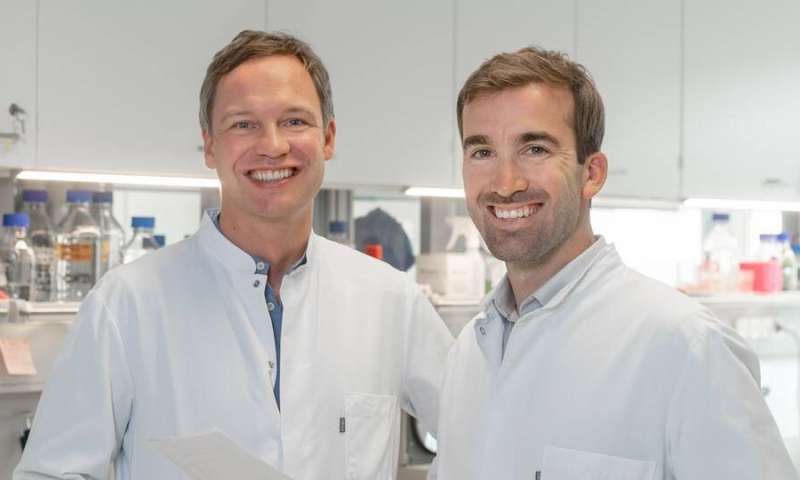 The aim of immunotherapies is to enable the immune system to fight cancer on its own. Drugs known as checkpoint inhibitors are already in clinical use for this purpose. However, they are only effective in about one-third of patients. Based on analysis of human tissue samples, a team from the Technical University of Munich (TUM) has now discovered one reason why this is so: An inactive receptor in cancer cells prevents the drugs from reactivating the immune system.

A new approach to cancer therapy therefore involves the use of drugs known as checkpoint inhibitors. These substances release the “brake” applied by cancer cells, thus restoring the immune system’s ability to combat cancer. Checkpoint inhibitors are already being used successfully in skin cancer and many other malignancies.

The RIG-I receptor is a key factor

“Unfortunately, checkpoint inhibitors aren’t effective in all patients. Thanks to our recent study, we now understand why that is the case in some forms of cancer, and using experimental approaches, we have even been able to reverse the situation,” says Dr. Simon Heidegger, researcher in Medical Unit III at TUM and lead author of the paper published in Science Immunology.

RIG-I is a receptor protein that is known to play a role in the body’s defense against viruses. Heidegger and a team headed by his colleague Dr. Hendrik Poeck have now discovered that RIG-I also plays a key role in cancer control. In a number of mouse models for skin, pancreatic and bowel cancer, they showed that mice with cancer cells in which RIG-I is active responded much better to checkpoint inhibitors than mice with RIG-I-inactive cancer cells. Fortunately, a drug already exists that activates RIG-I, and it is already undergoing initial tests in clinical trials with humans. The team has used it successfully in mouse models. Mice that received the drug responded significantly better to treatment with checkpoint inhibitors.

The team then studied around 450 tissue samples from skin cancer patients to determine what effect RIG-I activity in the patients’ cancer cells had on their survival. In cases where RIG-I was active, the patients lived significantly longer despite their cancer. The team showed in 20 tested individuals that such patients also responded better to treatment with checkpoint inhibitors.