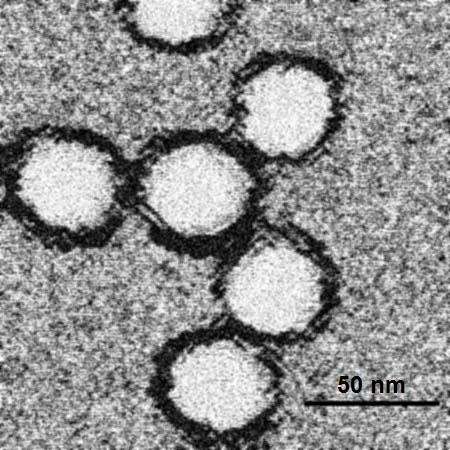 The end of California’s drought, announced last month amid one of the rainiest winters in memory, could offer a surprising benefit: reduced transmission of the mosquito-borne West Nile virus.

Longer term, however, more severe droughts associated with climate change could contribute to an increase in the number of infections in the state and nationally.

Drought is the most important weather-related factor that affects the rate of West Nile infection, researchers say. Even though mosquito eggs need water to hatch, dry conditions tend to spur greater transmission of the virus.

“Ironically, when we have drought conditions, that does seem to amplify the West Nile virus transmission cycle,” said Vicki Kramer, chief of the Vector-Borne Disease Section at the California Department of Public Health.

West Nile is transmitted between mosquitoes and birds, and people can become infected if bitten by an infected mosquito. The illness is rarely transmitted from one person to another. According to one theory, when drought forces mosquitoes and birds into closer proximity around the few remaining sources of water, it increases the chance of infection.

Some researchers think another explanation for the link between drought and West Nile transmission could be that dry conditions tax birds’ immune systems, leaving them more vulnerable to infection.

In 2015, amid California’s worst drought in over 500 years, the number of severe West Nile infections—known as “neuroinvasive” cases—hit their highest level since the state began tracking the virus. Then, as the dry conditions eased, the number declined by 75% over the next three years, despite an uptick in 2017.

Researchers say neuroinvasive West Nile virus—cases accompanied by meningitis, encephalitis or a type of acute paralysis—is the best measure for comparing the prevalence of the virus from year to year. The total number of cases is a less reliable indicator, because people with only mild symptoms—the vast majority—are more likely to get tested in years when public concern about the disease is running high.

Less than 1% of those infected suffer severe symptoms.

Scientists and public health officials say that while drought plays a significant role in increasing the rate of infection, other factors—especially the extent of human immunity—are also important and can cut the other way, making it hard to predict infection rates from year to year. More people have immunity following years with high infection rates, and that can help reduce the number of new infections.

Last year, 10 people died in California from complications of West Nile virus, down from 44 in 2017.

Numerous states have higher rates of West Nile infection than California, according to data from the Centers for Disease Control and Prevention. The states with the highest rates of West Nile virus last year were Montana, North Dakota, South Dakota, Nebraska, Iowa and Mississippi.

Nationally, the number of severe West Nile cases in the U.S. increased slightly last year to 1,594, with 137 deaths.

Scientists fear that, in the long term, drought driven by climate change could generate much higher rates of West Nile infection around the country.

“Predictions suggest that on average there will be quite a bit more cases of West Nile virus nationally, and in high drought years it could be about three times as high as the current average,” said Marm Kilpatrick, a disease ecologist at the University of California-Santa Cruz and co-author of a 2017 research paper published by the journal Proceedings of the Royal Society B: Biological Sciences.

Jeremy Wittie, president of the Mosquito and Vector Control Association of California, noted that changes in the number of West Nile virus cases vary by region. Despite an overall drop in West Nile last year, a few places, including Sacramento, saw a higher number of cases.