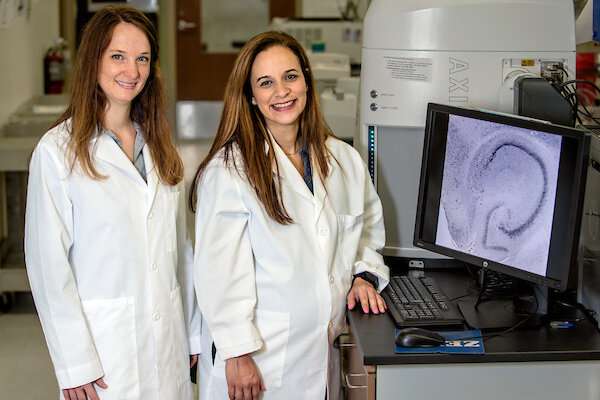 Researchers continue to dig for molecular clues to better understand how gene-environment interactions influence neuropsychiatric disease risk and resilience. An increasing number of studies point to a strong association between the FKBP5 gene and increased susceptibility to depression, anxiety, post-traumatic stress disorder and other mental health disorders.

Adding to the growing evidence, a new preclinical study by University of South Florida neuroscientists finds that anxiety-like behavior increases when early life adversity combines with high levels of FKBP5—a protein capable of modifying hormonal stress response. Moreover, the researchers demonstrate this genetic-early life stress interaction amplifies anxiety by selectively altering signaling of the enzyme AKT in the dorsal hippocampus, a portion of the brain primarily responsible for cognitive functions like learning and memory.

While more research is required, the study suggests that FKBP5 may be an effective target for treating anxiety and other mood disorders.

The findings were published June 4 in the International Journal of Molecular Sciences.

“We know that the combination of genetic variations and environmental factors can make people either more or less susceptible to mental illness—even when they experience the same types of trauma,” said senior author Laura Blair, Ph.D., assistant professor of molecular medicine at the USF Health Byrd Alzheimer’s Center. Postdoctoral scholar Marangelie Criado-Marrero, Ph.D., was lead author of the study. 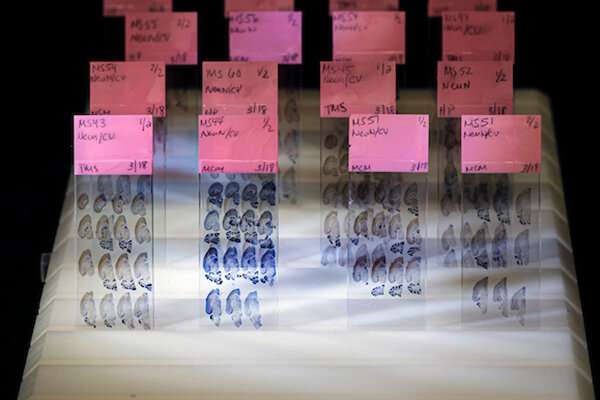 “We hypothesized that high FKBP5 and early life stress might yield neuropsychiatric symptoms through altered cellular stress response pathways in the brain.”

In a series of experiments, newborn mice overexpressing human FKBP5 in the forebrain were divided into two groups—one group was exposed to an early life stress (maternal separation), and the other was not. Two control groups were comprised of stressed and non-stressed mice without brain overexpression of FKBP5. At two months, when the mice were young adults, an elevated-plus maze with open and closed arms was used to test anxiety-like behavior. Compared to all other groups, the mice with high FKBP5 and early life stress showed more anxiety as measured by their tendency to stay within enclosed areas of the maze rather than naturally explore all arms of the maze.

The anxiety effect was more pronounced in the female mice than in males, an observation that aligns with sex differences noted in humans with anxiety disorders, Dr. Blair said.

The researchers also analyzed molecular changes in brains of the mice. They found that AKT signaling, specifically in the dorsal hippocampus, differed depending upon whether or not the mice with high FKBP5 had experienced maternal separation as newborns. AKT signaling—shown to be altered in Alzheimer’s disease and cancer as well as in mental health disorders—affects brain cell survival and metabolism, and the brain’s ability to adapt to new information.