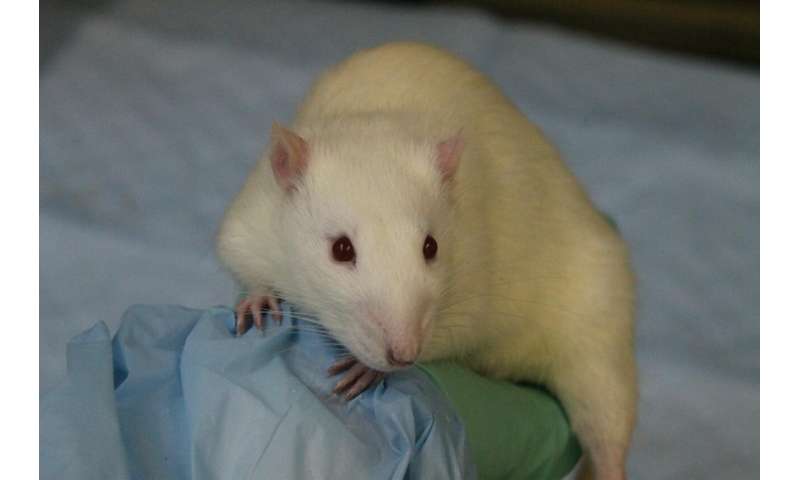 Differences in a key brain circuit may suggest why some individuals are less able than others to resist tempting cues, according to a study in rats published today in eLife.

The findings help explain the results of previous behavioral studies in rats which showed that some are more attracted to cues associated with food. The current work may have important implications for scientists trying to understand why some people have a harder time resisting cravings triggered by sights, sounds or places.

“Those who are unduly attracted to reward-associated stimuli are likely to be at greater risk of impulse control disorders, including eating disorders and substance abuse,” says lead author Paolo Campus, Ph.D., Postdoctoral Research Fellow at the Molecular and Behavioral Neuroscience Institute, University of Michigan in Ann Arbor, US. “We wanted to investigate which brain regions and chemicals may render an individual more susceptible to these conditions.”

To do this, the team used a combination of genetic engineering and a drug, otherwise known as chemogenetics, to ‘turn on’ the brain circuit that connects the prelimbic cortex with the paraventricular nucleus of the thalamus in rats that find it difficult to resist food-related cues. They then exposed the animals to these food cues and found that their attraction was reduced. Turning on this circuit in rats that were less responsive to food cues had no effect on their behaviour.

Conversely, using this technique to ‘turn off’ the circuit in rats that were previously uninterested in food-linked cues made them instead seek out these cues. The team also found that turning on this pathway in animals that were indifferent to these cues increased the amount of dopamine in their brain—a chemical that makes reward stimuli more attractive.

“These findings suggest that the circuit reduces the incentive value of a food cue,” Campus explains. “It does this by controlling processes in the brain that contribute to the association of a cue with a reward, such as the release of dopamine.”