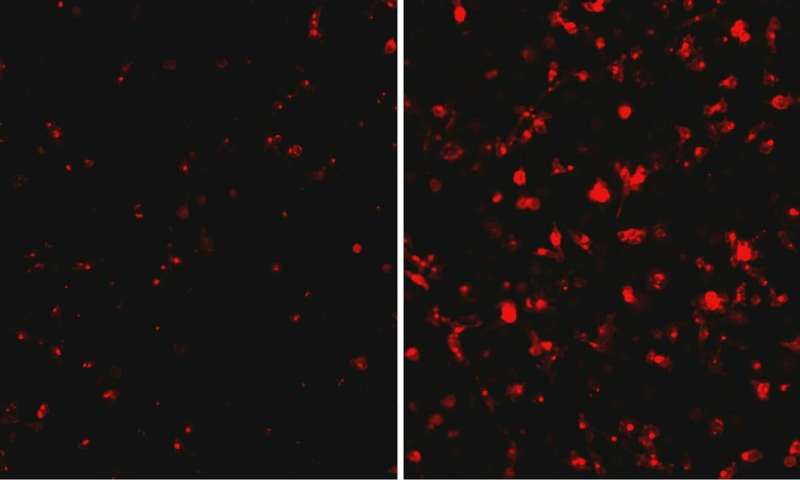 A team of researchers have discovered the interaction between an Ebola virus protein and a protein in human cells that may be an important key to unlocking the pathway of replication of the killer disease in human hosts. Scientists at Texas Biomedical Research Institute were part of a nationwide collaborative with scientists at Gladstone Institutes, UC San Francisco and Georgia State University for a study recently published in the journal Cell.

Scientists around the globe are trying to pinpoint potential drug targets to stop Ebola virus disease, a hemorrhagic fever that killed 382 people in the latest outbreak in the Democratic Republic of Congo in 2018. Thousands of people have died from Ebola since an outbreak erupted in West Africa four years ago.

Texas Biomed Staff Scientist Olena Shtanko, Ph.D., describes this new work as a “turning point for understanding how replication of Ebola virus is modulated.” Her role in the project was to validate and test whether the interaction between an Ebola virus protein called VP 30 and a host (human) protein called RBBP6 had involvement in the life cycle of the virus. Dr. Shtanko worked on this project while in the lab of Dr. Robert Davey, a former Texas Biomed Scientist, now at Boston University.

“The interaction is important if you can show functional significance of what it does to the virus in cells that have clinical relevance,” Shtanko stressed. “If you can figure out the mechanism within these cells, then you can potentially manipulate it and stop the disease progression.”

Texas Biomed Staff Scientist Eusondia Arnett, Ph.D., and Texas Biomed President and CEO Dr. Larry Schlesinger—both tuberculosis researchers—have expertise in working with human macrophage (immune) cells drawn from donated blood samples. “We were able to capitalize on our experience with macrophages to over- and under-express the RBBP6 (host) protein to create an effective model for this important Ebola virus research,” Arnett said.

By over- and under-expressing the RBBP6, Shtanko was able to test what impact the protein had on the growth of Ebola virus in the macrophages. Shtanko said the results were striking. When the host protein was under-expressed, the viral replication went up exponentially. She found similar results when working with vascular cells, which are also key to Ebola virus replication in an infected patient.

The study was also an example of the Institute’s new team science environment; whereby, researchers capitalize not only on the resources available at Texas Biomed but the expertise of its cross-functional teams (i.e. Ebola virus and macrophage biology) to produce beneficial results.