“This is so brave.” It was a sentiment that took me by surprise.

Two weeks ago I publicly shared my struggles with depression and anxiety, documenting a period of my life that became so dark I battled suicidal thoughts.

The reaction to the article was overwhelmingly supportive. 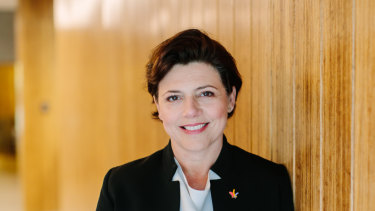 “You don’t leave your depression at the door when you walk into work. You don’t put your anxiety in your rucksack when you get on your bike for the commute,” says beyondblue CEO, Georgie Harman.Credit:Beyond Blue

But the common theme that I was “brave” for speaking candidly about these issues was intriguing.

Why is it considered an act of courage to talk about health problems experienced by millions of Australians every day?

Would we laud someone’s “bravery” for speaking up about a broken leg or a stomach flu?

That it’s seen as bold and unusual to openly discuss our mental health issues suggests not only that it is still viewed as shameful but that there is inherent risk in disclosure.

After two decades of awareness raising, we have encouraged people to talk and yet the fear of discrimination persists. But is the concern justified?

In 2015, beyondblue chief executive Georgie Harman warned employees to think twice before telling their boss about their mental illness because “you might get the sack.”

Today, she says that there’s been a sizeable shift in attitudes in the past few years, and many workplaces have responded to growing need.

We still see workplaces where they talk the talk on mental health but when people speak up they’re overlooked for promotion.

“You don’t leave your depression at the door when you walk into work. You don’t put your anxiety in your rucksack when you get on your bike for the commute,” she says.

“Employers are starting to realise that in order to attract and retain the best and brightest staff you’ve got to reflect the values of your community and create psychologically safe workplaces.”

But despite improvements, she again urges caution before disclosing a mental illness.

“We still see workplaces where they talk the talk on mental health but when people speak up they’re overlooked for promotion or not put on the stressful project because people think there’ a bit flaky, or worst case scenario, people get walked off the job.”

The need to provide support for staff experiencing mental health issues has never been more pressing.

This week, we learned that research published in The Australian and New Zealand Journal of Psychiatry found that mental illness is the leading cause of long-term sickness absence among Australian workers.

I was lucky that I had a supportive employer when I became so unwell I had to take almost five months off work.

They backed me during my absence, allowed me to transition back into my role gradually and offered free counselling.

But I’m acutely aware that not everyone has this experience and even the thought of discussing mental health issues can be a daunting prospect.

Steve Ellen, professor of psychiatry at the University of Melbourne and co-author of the book Mental, a consumer’s guide to navigating mental illness, says lingering stigma means disclosure is still a courageous decision for many. 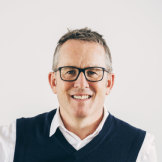 “It shouldn’t be brave, it should be no different from saying I have the flu,” says Psychiatrist Steve Ellen of discussing a mental health issue.

“It shouldn’t be brave. It should be no different from saying I had the flu and had to take the week off. But we’ve only just moved out of this period of seeing mental illness as abnormal,” he says.

“It’s only been since the late ‘90s that health authorities started to realise how common mental illness was and began to see it as a health issue rather than a moral weakness or a personality flaw.”

Financially, we can also be punished for talking about our emotional health. Insurance companies have a checkered track record of denying cover to people with a history of mental illness.

The industry was put under the spotlight in 2015, when 21-year-old university student Ella Ingram took insurance giant QBE to court for refusing a travel insurance claim after she was forced to cancel a school trip to New York when she became severely depressed.

Despite the condition developing after she took out the cover, the insurer would not pay cancellations costs.

Ingram won the case, but it highlighted how far we have to go to protect people when they are honest and open about their mental health battles.

And that honesty is so critical because secrecy kills.

When people feel they don’t have a safe, non-judgmental space to talk, it can be profoundly isolating.

I know that if I’d been forced to hide my depression and anxiety from my employer or those around me, I might not still be here.

Stigma and secrecy around mental illness has also made it easier for successive governments to treat the problem as “out of sight, out of mind.”

More people speaking up will help drive much needed funding into an over-stretched and under-resourced system.

Steve Ellen says that while we have to do more to support and protect those experiencing mental illness, the benefits to disclosing still outweigh the risks.

“When you’re keeping a secret it’s harder to get the help you need. And although there is still stigma, most people are incredibly understanding because so many have experienced it themselves or someone close to them has,” he says.

The more of us who “bravely” share our stories, the sooner we’ll get to a place where speaking about mental illness is seen not as an act of courage but as a normal part of life.

Jill Stark is a journalist and author of Happy Never After: Why The Happiness Fairytale Is Driving Us Mad