Cancer sufferer, 37, who kept her hair during 12 ROUNDS of chemotherapy credits an ice cap that stops follicles being ravaged by potent drugs

A scalp-cooling treatment helped a cancer sufferer keep her hair – and identity – while she battled chemotherapy.

Amanda White, 37, of Didsbury, Manchester, found a lump in her breast in January 2017 while training to trek to Everest Base Camp.

Ms White – who was head of rail at Transport for Greater Manchester – visited a walk-in GP centre on her lunch break and was later diagnosed with cancer.

While she endured 12 rounds of chemo over 18 weeks – as well as surgery and three weeks of radiotherapy – Ms White wore the PAXMAN Scalp Cooling System cap.

The cap lowers the head’s temperature, which reduces the blood supply to the hair follicles, making them less able to take-up chemotherapy toxins.

Now in remission, Ms White credits the cap for helping her avoid the ‘cancer label’ and giving her the confidence to continue living her life while she fought the disease. 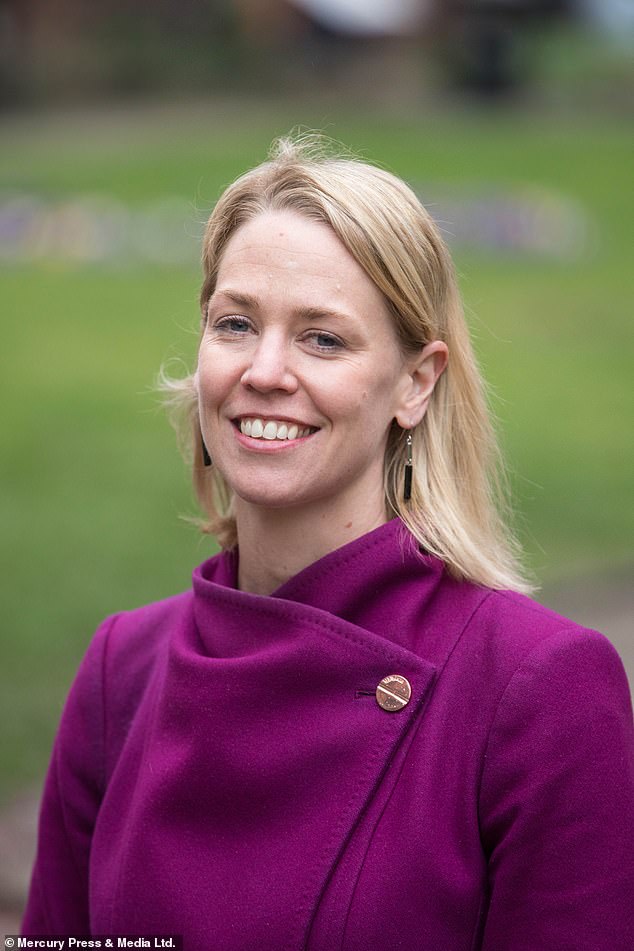 Amanda White kept her hair while battling cancer due to a scalp-cooling cap. Pictured while in remission, Ms White credits the technology for helping her maintain her confidence and avoid the ‘cancer label’ while she battled triple-negative breast cancer in 2017 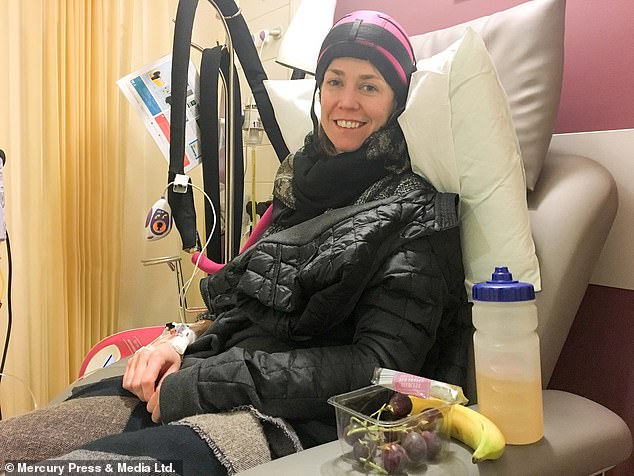 Ms White is pictured wearing the PAXMAN Scalp Cooling System cap while she had 12 rounds of chemo over 18 weeks. The technology lowers the temperature of the head, which reduces the blood supply to the hair follicles, making them less able to take-up chemotherapy toxins.

Speaking of the technology, Ms White said: ‘The scalp-cooling cap allowed me to feel more like myself during a difficult time.

‘Cancer can keep you from leaving the house, it affects your self confidence and you avoid looking people in the eye. It feels like everyone knows you have cancer.

‘Although you might feel terrible on the inside, by keeping your hair you can look and feel better on the outside, you are not carrying the cancer label with you.

‘The treatment can take so much away from you, your ability to work and socialise etc, but by being able to keep my hair, cancer didn’t take away my identity.’

WHAT IS AN ICE CAP? AND HOW DOES IT PREVENT HAIR LOSS DURING CHEMO?

Chemotherapy works by targeting all rapidly-dividing cells in the body.

Hair is the second fastest dividing cell, which is why many chemo drugs cause alopecia.

The treatment attacks hair follicles during their growth phase, resulting in hair loss around two weeks after chemotherapy starts.

The damage chemo causes to hair follicles can be alleviated by using scalp cooling, also known as the ‘ice cap’.

The cap reduces the temperature of the scalp by a few degrees immediately before, during and after the administration of chemotherapy.

This lowers the blood flow to hair follicles, which helps prevent the chemo toxins they can take-up.

Although successful scalp cooling depends on many factors, research and studies have shown scalp cooling can be effective across a wide range of chemotherapy regimens.

Speaking of her diagnosis, Ms White said: ‘I had found a lump ten years ago which had turned out to be a cyst but I knew this was different.

‘The GP thought it wouldn’t be too seriously but I was sent for an ultrasound, which was immediately followed by a mammogram and a biopsy all on the same day.

‘A week later I returned to see the consultant with my sister, while mum and dad sat in the waiting room, and he told me it was early-stage triple-negative breast cancer.’

Triple-negative breast cancer describes tumours that are not fueled by oestrogen, progesterone or HER2 protein, and therefore do not respond to treatments that target these.

‘I thought I would have a operation and some radiotherapy, and I would be on my way, but when he told me I would need six months of intensive treatment, it really hit me,’ Ms White said.

‘I was given a pack of information by my MacMillan nurse after the appointment and there was a leaflet about the cooling cap and I thought, “why would you not want to do this?”.

‘As soon as I read there was a possibility I might keep my hair using scalp cooling, there was no question I was going to give it a try.

‘Anything to reduce the trauma of chemotherapy.’

The cold cap is available in 95 per cent of UK hospitals. Patients wear it for 30 minutes before, during, and for an hour after, drugs are administered. 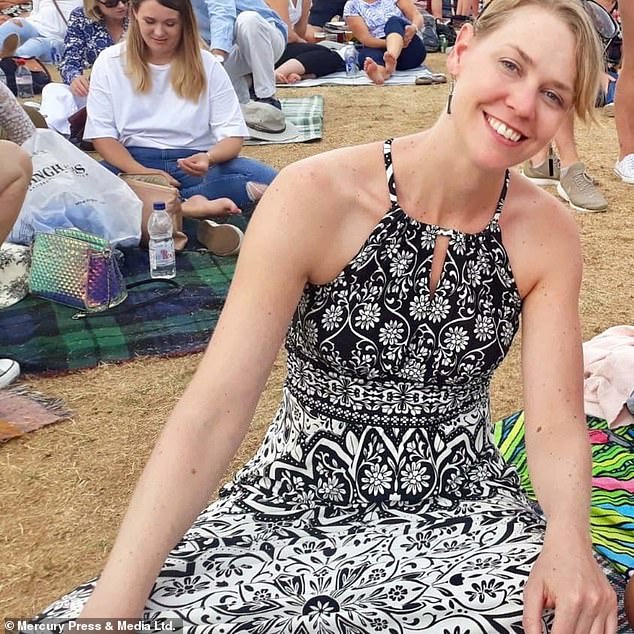 Pictured before she was diagnosed, Ms White discovered a lump in her breast in January 2017. The former head of rail at Transport for Greater Manchester went to her local GP walk-in centre on her lunch break, and was referred for a ultrasound, mammogram and biopsy 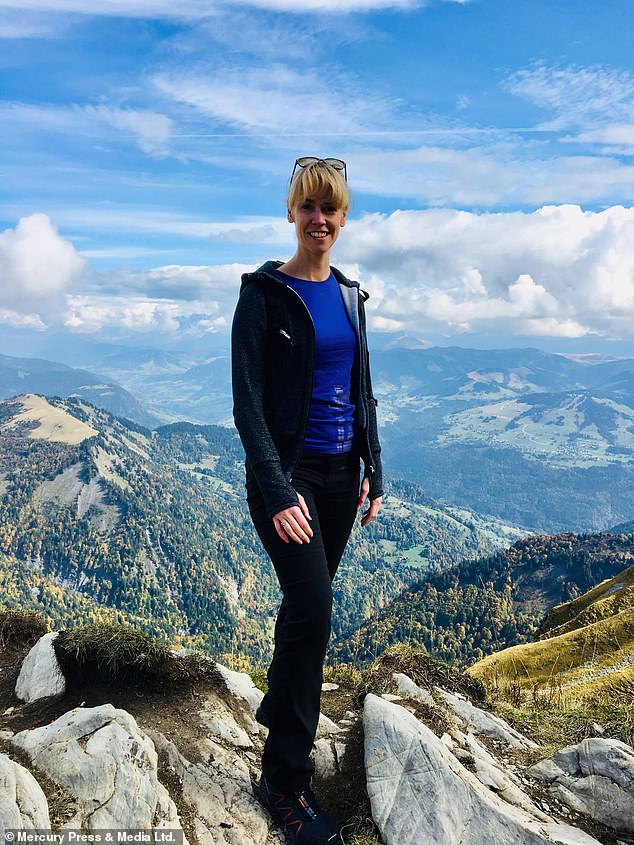 At the time of her diagnosis, Ms White was training to trek to Everest Base Camp. She is pictured on a climb in the French Alps in 2017. Now in remission, she hopes to do the trek

Ms White was treated at The Christie NHS Foundation Trust in Withington and froze her eggs before she started chemotherapy to preserve her fertility.

Since getting the all-clear, she has quit her job, and hopes to spend the next year travelling with her new partner Dave and finally doing the Everest trek.

‘I feel so lucky to have had a complete response to treatment, I have been in remission since July and the outcome couldn’t be any better for me,’ Ms White said.

‘It is now about prevention, recovery and spending time with the people I love.

‘Cancer can come in all shapes and sizes, trust your instincts, discovering it early really does save lives.’ 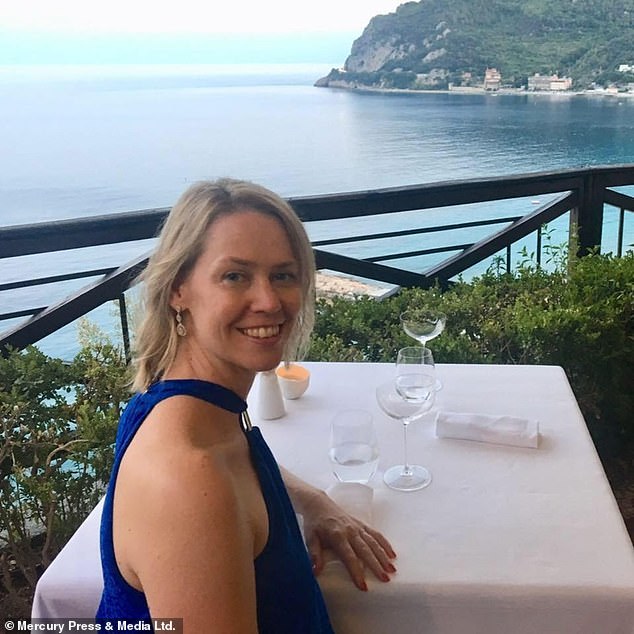 When her doctor gave Ms White (pictured before the diagnosis) the devastating news she had cancer, she assumed she would just need surgery and some radiotherapy, only to be told she required ‘six months of intensive treatment’. It then ‘really hit her’ how serious her disease was 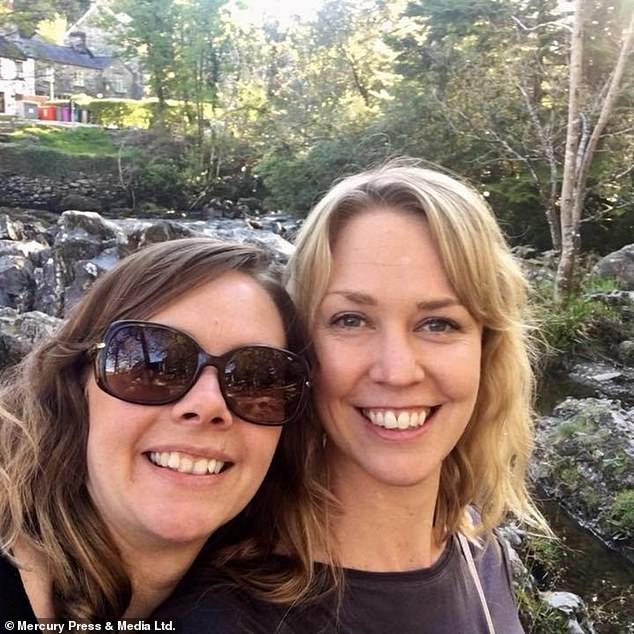 Ms White has a new partner and froze her eggs before chemo to preserve her fertility. Pictured before her diagnosis with her friend Sarah Turpin – who she was planning the base camp trek with – Ms White has quit her job and hopes to finally do the climb this year