WHO sounds alarm that DELTACRON variant is spreading across Europe

As a majority of the world begins to look past the pandemic, hoping that at some point this year they can safely start living alongside Covid without much worry day-to-day, the World Health Organization (WHO) warns that the ‘Deltacron’ variant – a stain of the virus that includes traits from both Delta and Omicron, is starting to spread across Europe.

The organization said during a briefing Wednesday that the strain has been found to be spreading in France, Holland and Denmark.

They also believe they have detected at least two cases in the United States, and plan to publish a report on their findings in the near future. The report also comes just as the world reaches the two year mark of the pandemic, with Friday, March 11, being the two year anniversary of the WHO declaring a worldwide pandemic.

USA Today obtained the pending publication, and reports that its reporters have viewed it in full. While the WHO has issued grave warnings that this variant could become a major problem in both Europe and U.S., not all experts are worried.

“The fact that there is not that much of it, that even the two cases we saw were different, suggests that it’s probably not going to elevate to a variant of concern level,’ Dr William Lee, chief science officer at Helix, a California based lab that sequences COVID-19 samples for the Centers for Disease Control and Prevention. 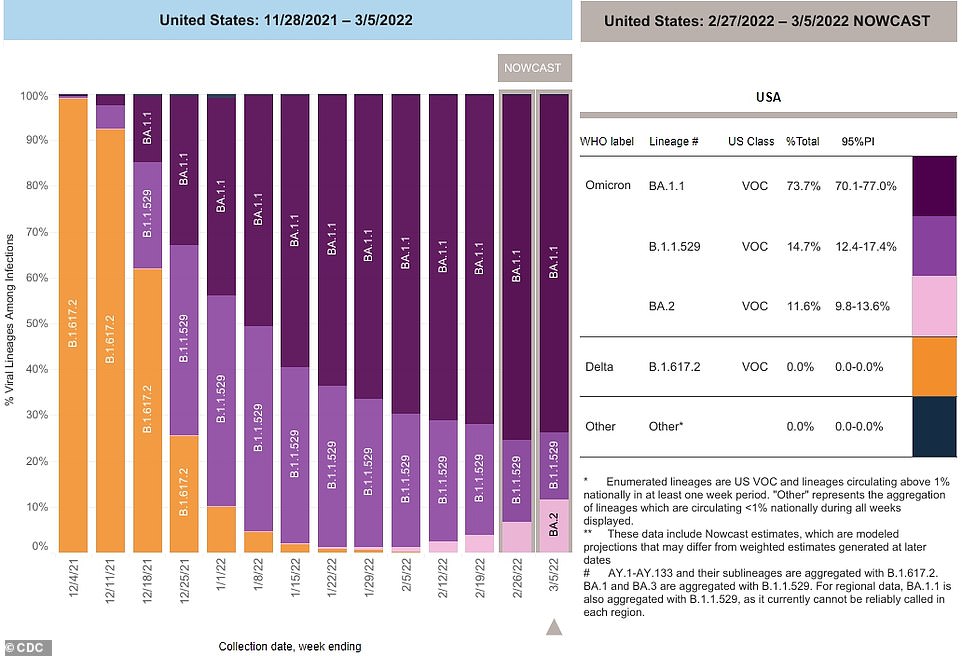 Per the CDC, the Omicron variant makes up every single sequenced Covid case in the U.S., with the BA.2 lineage making up 12% of those cases 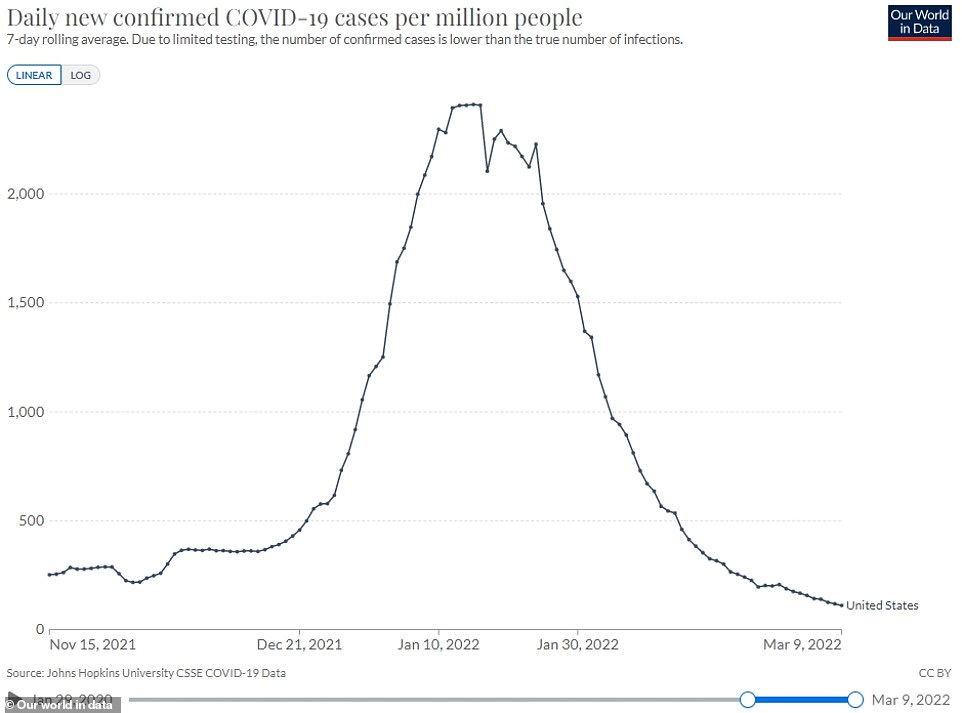 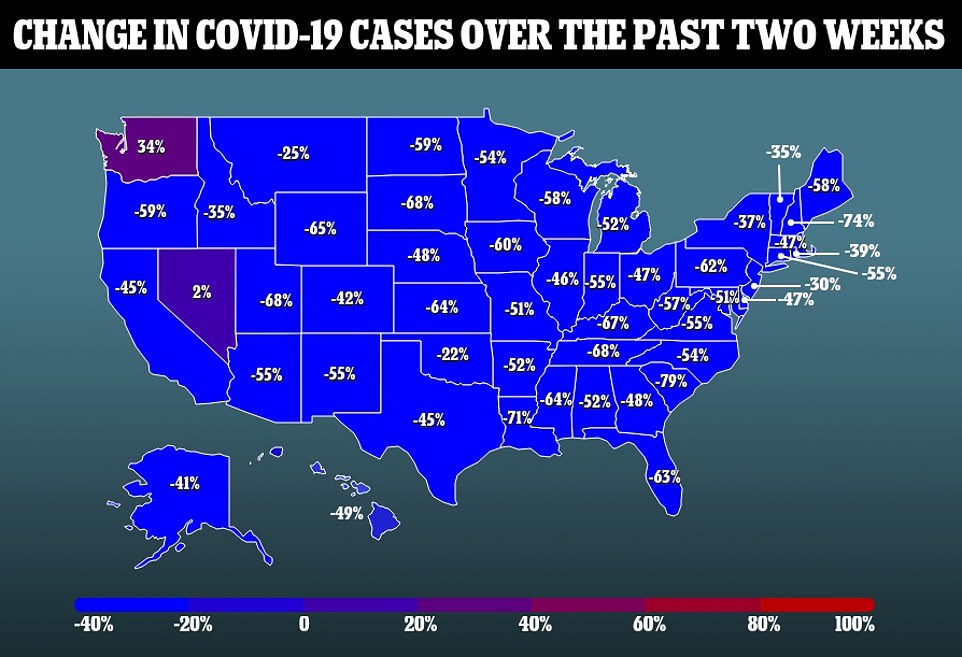 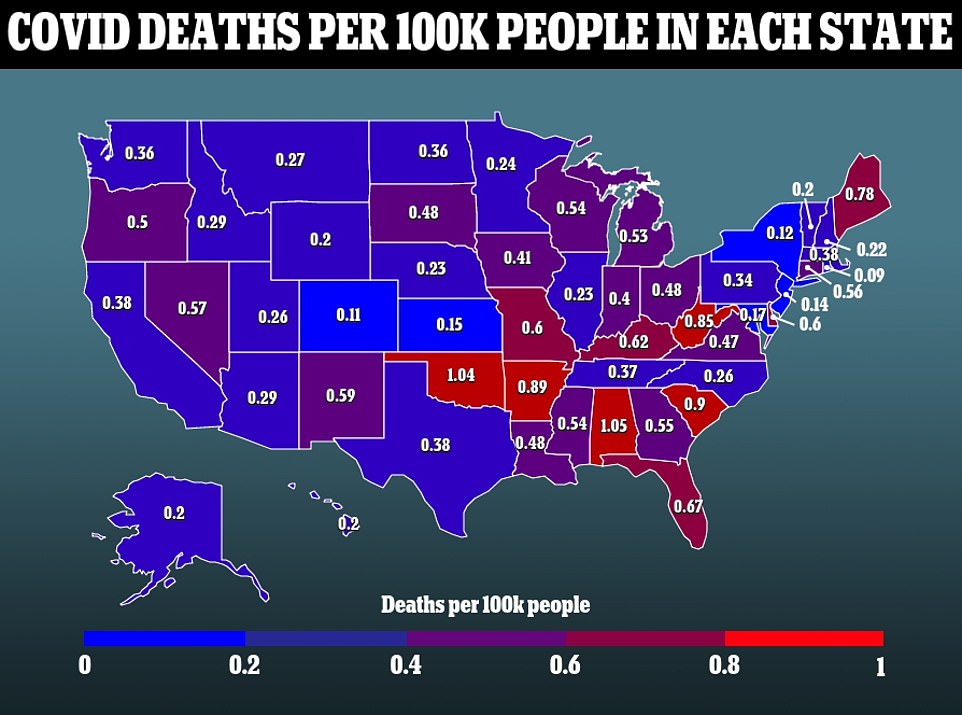 Helix detected the two cases of the Deltacron variant. Lee does not believe this strain is dangerous enough to ever be officially receive a Greek letter name.

Overall Deltacron cases remain low, even in the countries where some person-to-person spread was detected.

While it is still too early for the general population to start worrying, it could potentially be the next threat lurking around the corner.

For the most part, the world is looking beyond Covid. Cases have cratered globally since the Omicron variant peaked across much of the world in January.

Hawaii became the 50th and final state to drop its mask mandate this week as well, meaning that by the end of the month not a single U.S. state will have a mask mandate for all indoor public places. 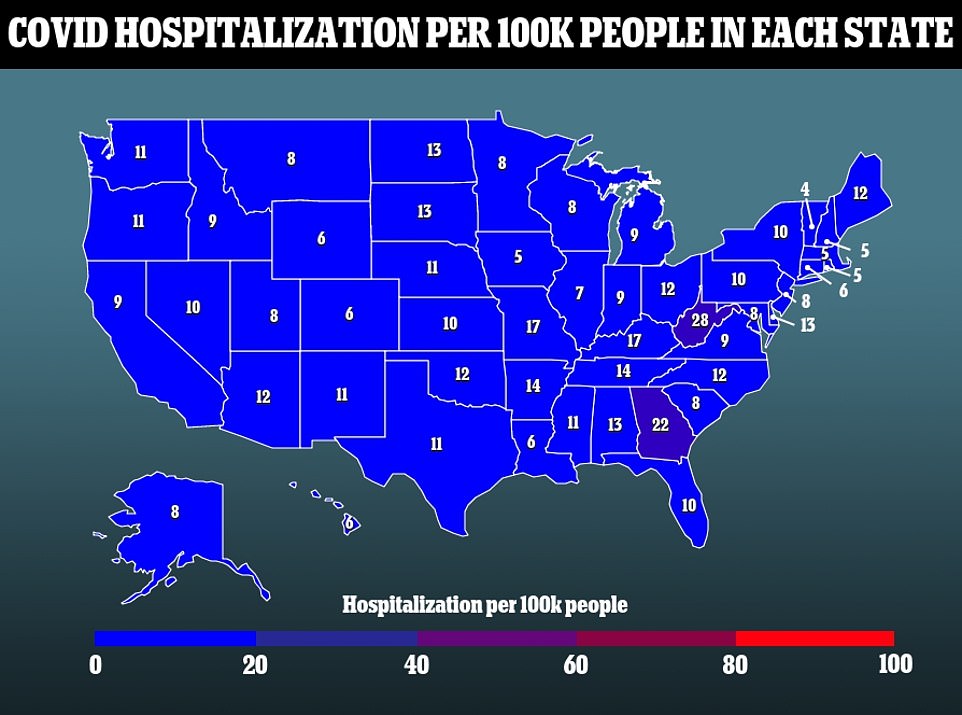 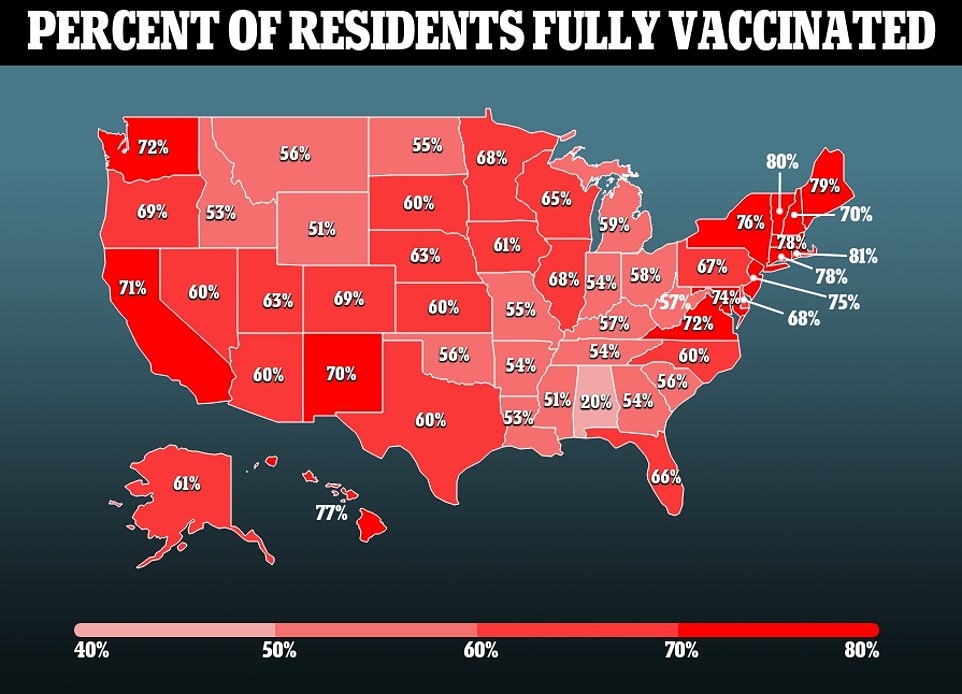 Federal officials finally moved to lift mask orders recently as well, with the Centers for Disease Control (CDC) making drastic changes to how it calculates COVID-19 risk at the end of last month, which in effect drastically changed the number of Americans under indoor mask guidance.

New figures now value hospitalizations strongly, as the CDC has accepted that infections are likely inevitable, even among the vaccinated. 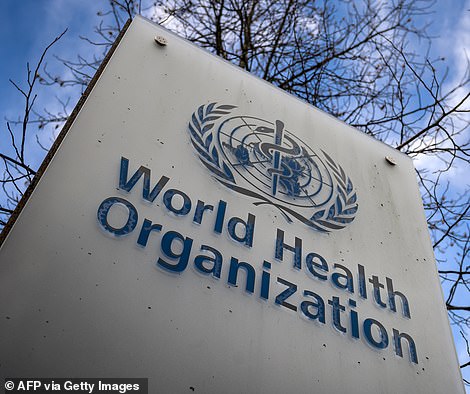 The World Health Organization (WHO) warns that the ‘Deltacron’ Covid variant is spreading in Europe, and has even been detected in the U.S. The organization will soon publish a full report on the variant

As long as case numbers are not translating into increased strain on the health care system, officials do not worry as much anymore.

The change brought the share of Americans under an indoor mask recommendation down from 95 percent to 30 percent – before dropping it once again to ten percent last week.

Officials are looking towards living alongside the virus as well, and making the transition from ‘pandemic’ to ‘endemic’.

Reaching an endemic phase would allow humans to live their lives as normal, no masks or vaccine checks needed, with limited impact on human life. Regular Covid booster shots, likely annual like the flu, will be necessary as well.

Dr Rochelle Walensky, director of the CDC, told NBC News on Monday that she believes Covid will become a seasonal virus like the flu, mainly causing small outbreaks during the colder fall and winter months before going dormant for the rest of the year. She also does not expect there to be a major summer Covid surge this year.

Walensky is not the only expert predicting a quiet upcoming months before Covid potentially resurges in the fall and winter months of 2022. 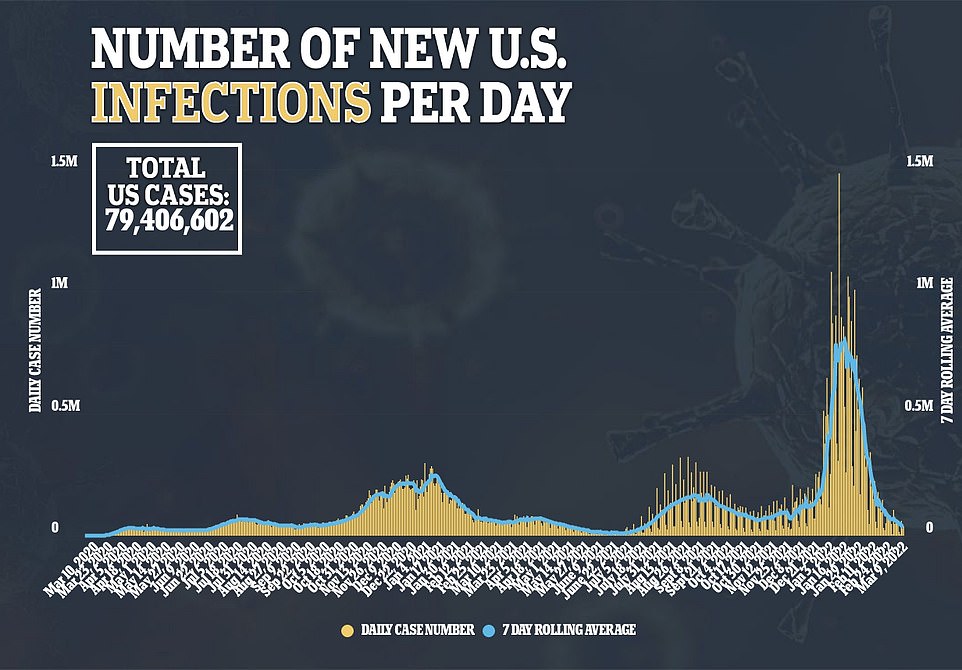 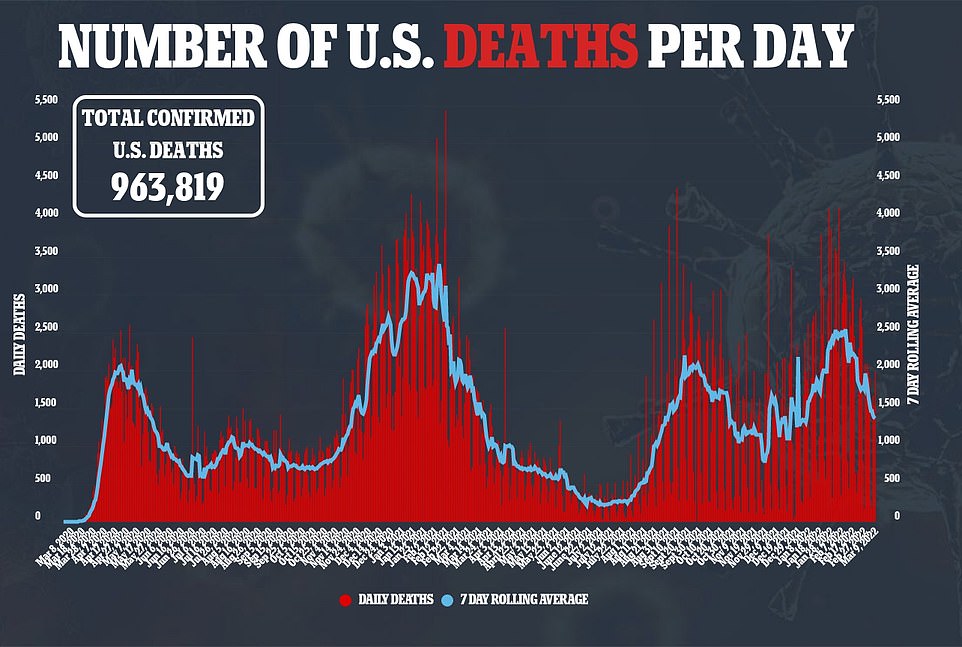 Last week, former Food and Drug Administration Director Dr Scott Gottlieb said that he expects a quiet summer before the virus makes a return this fall.

Moderna CEO Stephane Bancel also said last month that he expects the next COVID-19 booster shot to become necessary in fall, implying there is a risk for the virus to rise once again during that period.

This would mean that America dodges a summer COVID-19 surge for the first time during the pandemic. The first major wave of the virus, after an initial outbreak that caught the world off guard in March 2020, occurred in the weeks following the July 4 holiday in 2020.

A year later, the Delta variant arrived in the U.S. over summer, first causing outbreaks across midwestern states like Missouri and Kansas before erupting nationwide and tearing through the unvaccinated population.

While officials are hopeful this can be avoided this time around, with nearly 90 percent of American adults having received one shot of a COVID-19 vaccine and more than 95 million Americans boosted, CDC officials say they are not letting their guard down.

‘This next six months, the next year, will really inform us in terms of what living with this virus is going to look like,’ Dr Henry Walke, director of the CDC’s Center for Preparedness and Response, told NBC.

For now, though, Americans are ready to transition into what should be a second consecutive spring dominated by dropping cases and death rates that will put the peak of the Omicron surge in the rearview.

Daily Covid deaths are down 23percent over the past week, with the nation currently averaging 1,363 per day. 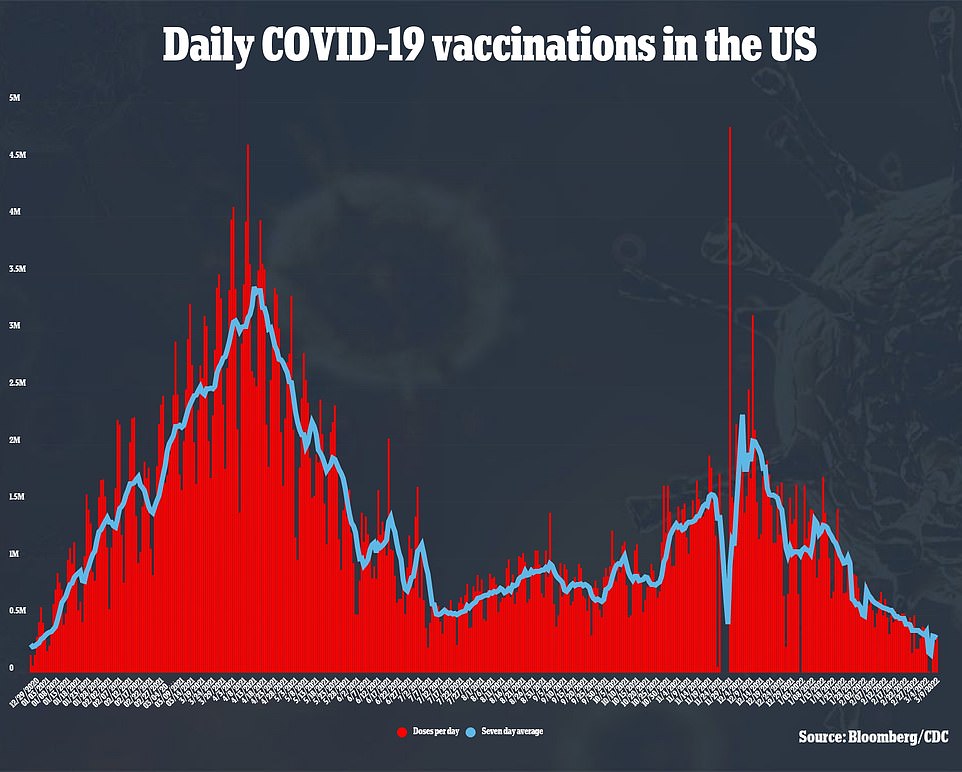 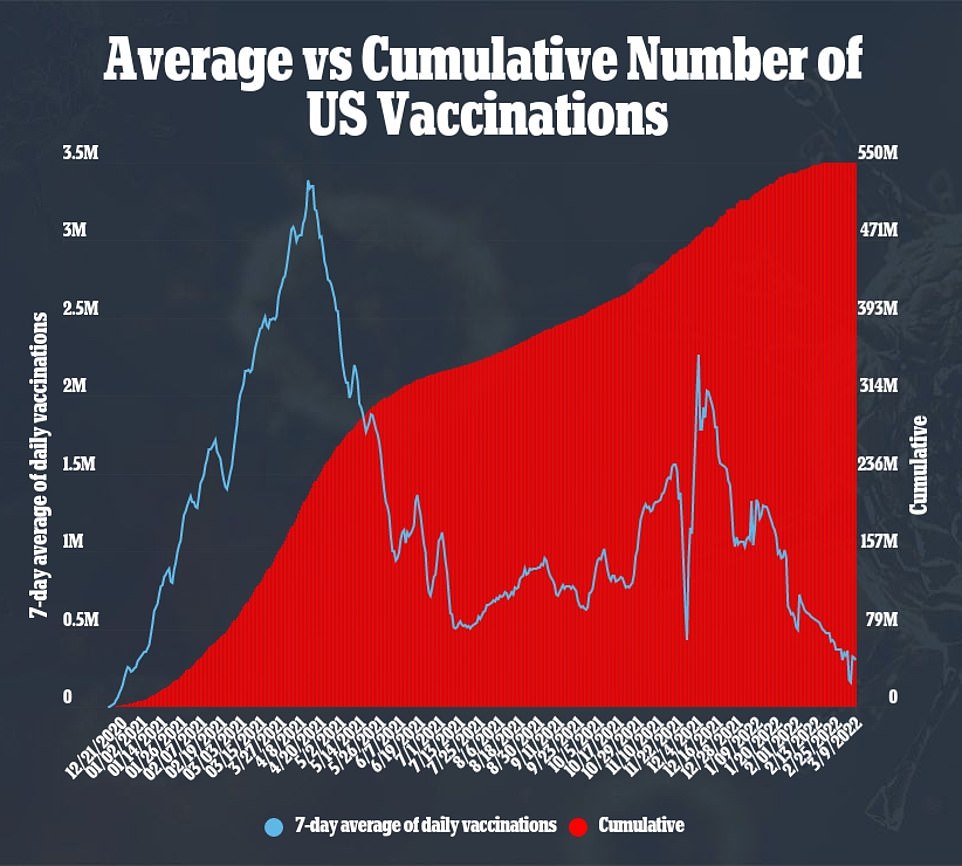