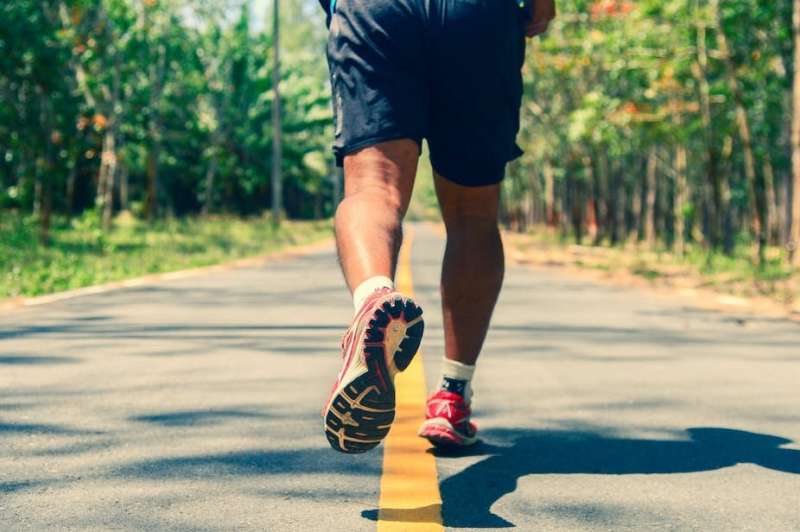 For many runners, a marathon is a lifetime achievement. But a British man named Gary McKee took marathon running to another level by running one a day for 365 days in 2022 to raise money for charity.

Not only did McKee achieve his goal, he ran an average time of just over four hours. Astonishingly, this is faster than the average worldwide marathon time of four and a half hours. He traveled over 9,500 miles in the year (around 800 miles a month)—a distance many of us don’t even achieve by car—and used 22 pairs of trainers to reach his goal. The amount of miles McKee ran is something that many elite distance runners don’t even achieve.

McKee spent close to 1,500 hours running in 2022—around 29 hours a week. That’s more time running daily than the average adult spends watching TV. He did all this while balancing a job and family life.

Given how impressive this feat is, many may be wondering exactly how McKee did it and what it takes.

Completing an ultra-endurance style event can have profound effects on the body, including suppressing the immune system, changing hormone levels, causing injuries and extreme fatigue to name a few.

As a result, one of the keys to McKee’s success would have been minimizing and managing the symptoms of fatigue during each run and throughout each day. McKee would have been battling the effects of significant fatigue in both the muscles and nervous system, making recovery essential in order to limit the physical and mental effects, such as muscle soreness and emotional exhaustion. If fatigue wasn’t properly managed, it would have made it harder for him to complete his challenge.

Fortunately, fatigue can be managed with proper nutrition. McKee would have needed to consume roughly 5,000 calories a day in order to supply the energy needed to recover properly—roughly the equivalent of 20 plates of pasta. He would have needed a good balance of carbohydrates, fat and protein to fuel each daily run and to help repair his muscles, tendons, ligaments and bones afterwards. McKee also avoided alcohol for the year as it can impair sleep and recovery and reduce performance.

Despite doing everything to optimize recovery, McKee would still have been at risk of several overuse injuries because of the amount he was running without any rest. It’s hardly surprising to hear McKee say he was dealing with a hamstring injury, which is common in endurance running due to the type of muscle activity involved.

To overcome this, McKee would have needed significant mind over matter to push through. McKee talks about his motivation to run and has said, “I find a reason to do it. If you break it down, it is just me against the road and there’s only one winner.” This positive state of mind has actually been suggested by scientists as being able to reduce feelings of tiredness during exercise.

It’s also worth noting that McKee has performed many other ultra-endurance feats. In 2021, he completed 110 marathons in 110 days. This past experience may have been invaluable in how he was able to manage and prevent further injury and find the motivation to keep running.

McKee is clearly a talented athlete, running the London marathon in just three hours and ten minutes. This shows us that he was running significantly below his maximum effort during his daily marathons. By starting much slower than his fastest marathon, McKee was using a sensible pacing strategy.

By running slowly in his early miles each day and in each marathon early on in the year, McKee was giving himself the best chance of achieving his goal by preventing over-exertion and fatigue. In fact, McKee maintained remarkable consistency in his pacing throughout the year, running his first marathon in three hours and 53 minutes and his last in four hours and 22 minutes. A similar pacing strategy was used by world-record endurance runner Sharon Gayter to run ten marathons in ten days.

But can anyone do this? The answer to this question is undoubtedly no. McKee clearly has the perfect combination of genetics, training history, mental toughness and most importantly the reason and motivation to have completed the challenge.

Don’t let that deter you from going after your own goals, however. There are many things we can learn from McKee. For example, slowly progressing towards your goal with self-discipline and an iron will may help you achieve more than you think you can.

McKee also shares many psychological similarities with superchampions—including a fierce desire to overcome setbacks and set new challenges for himself. Science shows it’s possible to change our own mindsets in a similar way to help us better overcome challenges and achieve our goals.

If you’ve been inspired by McKee and want to undertake your own running challenge, you should start slowly and build up gradually in intensity, number and distance of runs. Many new runners have found success with applications that help to do this like couch to 5k. A sensible strategy along with finding your motivation will help push you to achieve more than you ever imagined.

Provided by
The Conversation

This article is republished from The Conversation under a Creative Commons license. Read the original article.