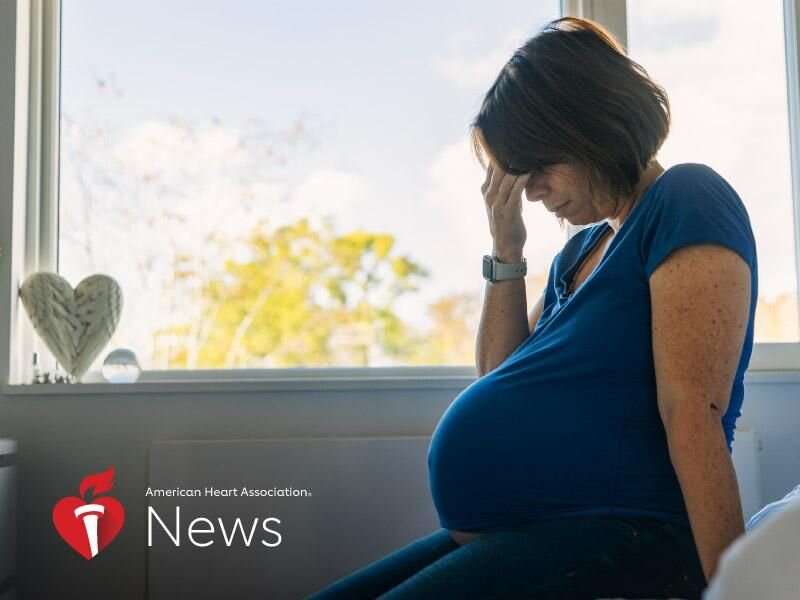 Having a baby, especially a first child, is loaded with expectations. But in addition to joyfulness, many women may experience something else they may not want to discuss: anxiety and depression.

Though up to half of new mothers experience at least minor depressive symptoms, experts say the condition still frequently goes undiagnosed and untreated, increasing the risk for heart and other health problems for mother and child.

“It’s a period when people feel extra ashamed, because they think they shouldn’t be depressed, they should feel happy,” said Dr. Veerle Bergink, director of the women’s mental health program and a professor in the department of psychiatry at Icahn School of Medicine at Mount Sinai in New York City.

Major depressive episodes during pregnancy and the year after a birth, known as the perinatal period, are common, affecting up to 1 in 5 U.S. women. More than half of these women go undiagnosed and 85% are untreated, which can lead to complications during pregnancy and childbirth. In the most severe cases, perinatal depression can increase the risk for a mother to end her own life or that of her child.

But even milder cases of depression and anxiety shouldn’t be ignored, said Dr. Mary Kimmel, director of the University of North Carolina’s perinatal psychiatry program in Chapel Hill.

“This is a really critical time for both mom and child,” she said. A mother’s mental health can affect her heart and other physical health—as well as the entire family’s well-being—during pregnancy and beyond.

Preliminary research presented in 2018 at an American Heart Association scientific conference showed women who experience postpartum depression may be nearly 70% more likely to develop cardiovascular disease within five years of giving birth. And just as women who develop high blood pressure or diabetes during pregnancy are at higher risk for those conditions later in life, women who experience depression are more likely to have subsequent episodes of depression, including a continued higher risk for suicide later in life.

There is help for women and families who need it, but it often goes untapped, said Kimmel, who also is medical director of the North Carolina Maternal Mental Health MATTERS program, created to increase access to mental health care for pregnant and postpartum women. The program expands access to screening, assessment and treatment of depression and substance use through a five-year federal grant.

When problems do arise, she said, families and friends should “recognize that this is really common and there are resources available. Be kind to the loved one experiencing this.”

While it can be hard to distinguish between the stress and exhaustion that accompany this major life change, Kimmel said there are flags that signal greater attention is needed.

“There are a lot of changes people are adapting to. But are these changes getting in the way of the person enjoying the things they normally would?” she said. “There will be ups and downs of emotions and we expect that, but if someone is getting stuck, or seems to lack emotion, or is always in a state of high alert or crying all the time, these are things to look out for.”

Self-care is an important tool, Bergink said. “Medication and psychotherapy can help, but there are also more simple things. Go for a walk with the baby, eat healthy, do something you enjoy with friends, do yoga or exercise. All the things that people know are good for them dealing with anxiety and depression at other times are also good during pregnancy and after delivery.”

The reasons women experience increased anxiety and depression during the perinatal period could be numerous. Researchers believe rapid hormonal and immune changes to the mother’s body play a role.

So may the added stress on finances and time as a family adjusts to the demands of parenthood, Bergink said. But another reason anxiety and depression are so common among new moms is that these conditions are common among women in general.

“We think anxiety and depression are equally as prevalent during pregnancy as they are outside of pregnancy,” she said. “After delivery the risk is clearly increased for more severe episodes.”

About 40% of women will experience an anxiety disorder at some point in their lifetime, which is double the rate for men, according to a 2020 study in the Annals of Internal Medicine. During the childbearing years, about 1 in 20 non-pregnant U.S. women experience major depression. More than half of them also experience it when they become pregnant.

Bergink said there are many reasons a woman’s mental health may be overlooked during and after pregnancy. She may not discuss her symptoms with anyone for fear of being stigmatized or being seen as a bad mother. She may attribute the way she’s feeling to the lack of sleep and general exhaustion that can accompany pregnancy and young motherhood.

Another reason is health care professionals may fail to ask about it.

But there are good screening tools for depression, such as brief questionnaires, that are not time-consuming to administer and should be as routine as blood pressure screenings, Bergink said.

“Pregnancy is a good time to diagnose these things because women see health providers very frequently during this period” for prenatal care, she said. “At least once, if not more, a provider should screen for mental health issues.”