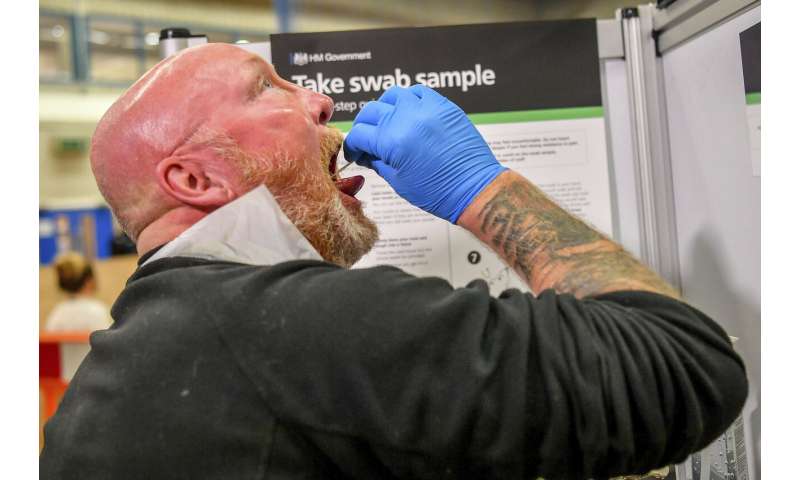 British Prime Minister Boris Johnson plans to end an England-wide lockdown as scheduled on Dec. 2 and will announce a return to regional restrictions as statistics show that coronavirus infections have stabilized.

Johnson’s office also confirmed plans to begin a nationwide COVID-19 vaccination program next month, assuming regulators approve a vaccine against the virus. The government also will increase mass testing in an effort to suppress the virus until vaccines can be rolled out.

Johnson’s office said late Saturday that the government plans to return to using a three-tiered system of localized restrictions in England, with areas facing different lockdown measures based on the severity of their outbreaks. More communities are expected to be placed in the two highest virus alert categories, it said.

The government put England under a four-week lockdown that started Nov. 5. The Cabinet is to discuss the plans Sunday, and the prime minister aims to give Parliament the details on Monday, according to the statement.

Johnson announced the lockdown in England on Oct. 31 after public health officials warned that an exponential rise in new daily coronavirus infections was threatening to overwhelm the National Health Service as the winter flu season approached. The lockdown closed non-essential business like many shops, gyms, bars, restaurants—although takeout was permitted. It also banned most social gatherings but schools remain open. 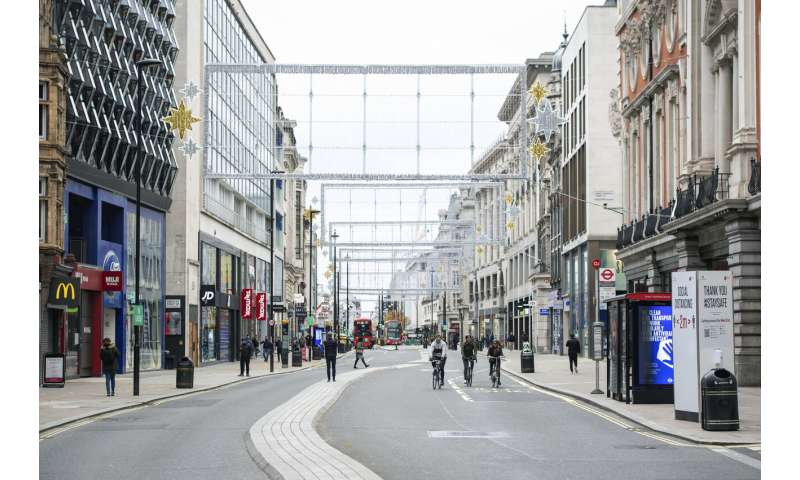 New known cases of COVID-19 have started to drop across the U.K., with the number of positive tests during the past seven days falling 13.8% from the week before. Some 2,861 COVID-related deaths were reported over the last 7-day period, 17 fewer than a week earlier. Still, the infection rate remains high, at 244 cases for every 100,000 people.

Health Secretary Matt Hancock told reporters Friday that the lockdown has been successful in slowing the spread of the virus, though he stressed that people needed to keep following the rules to keep cases down.

Professor Jonathan Van-Tam, the government’s deputy chief medical officer, warned that any gains from the November lockdown could be quickly lost to a virus that takes “just seconds” to spread.

People should “keep up the pressure on this virus and push down on it as much as we can right to the end of the period (of lockdown),” he said. 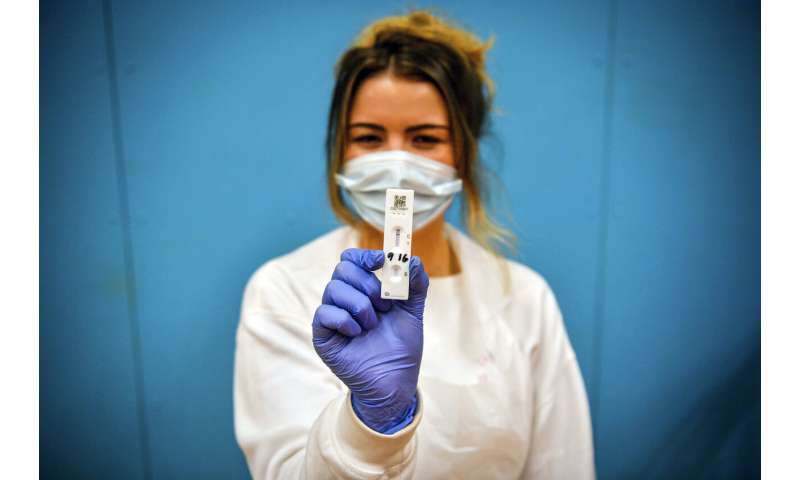 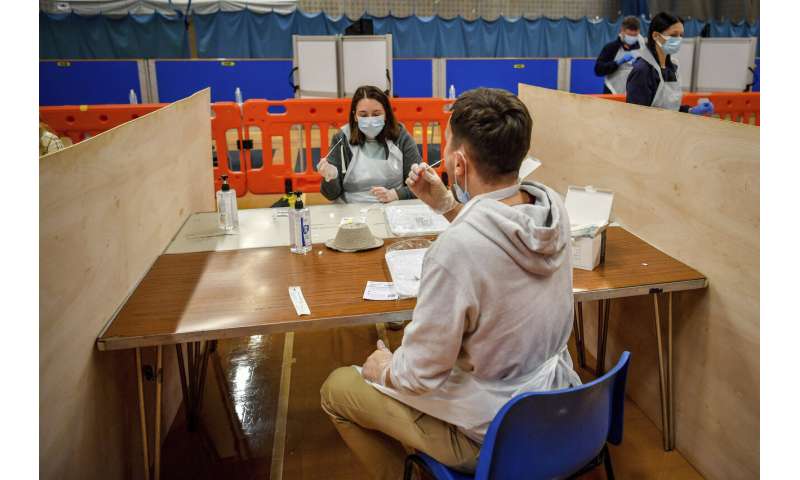 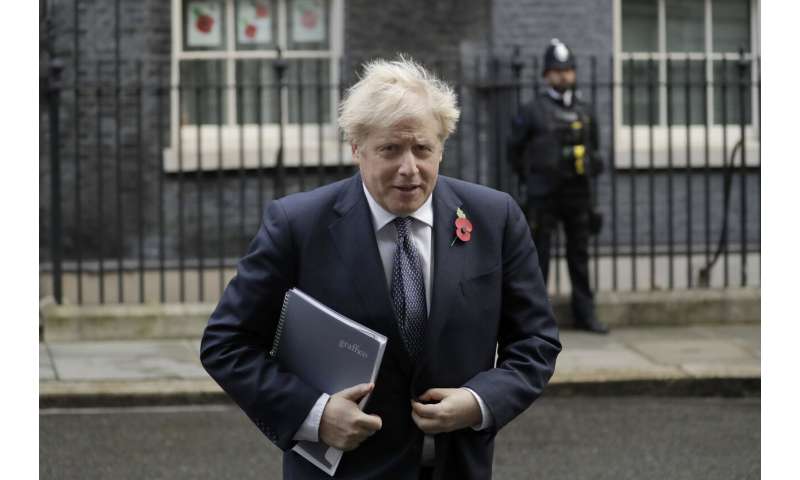 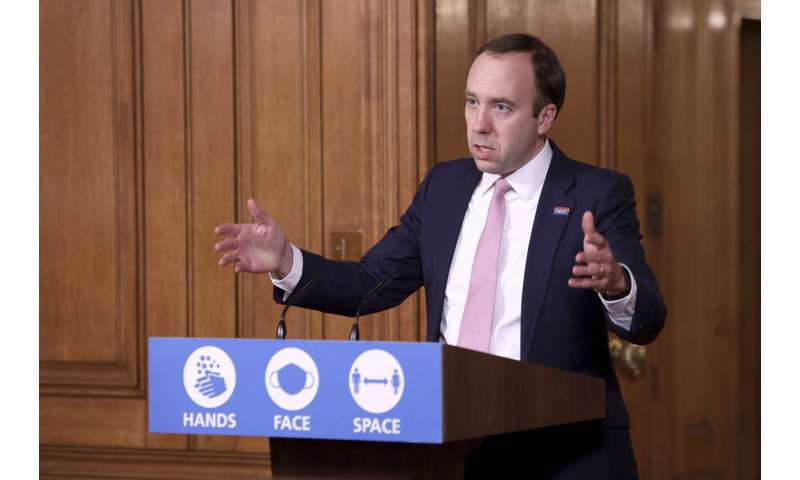 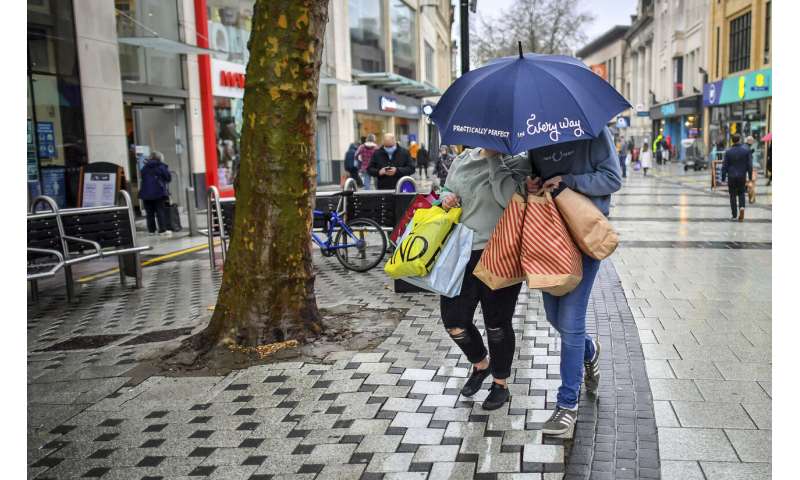 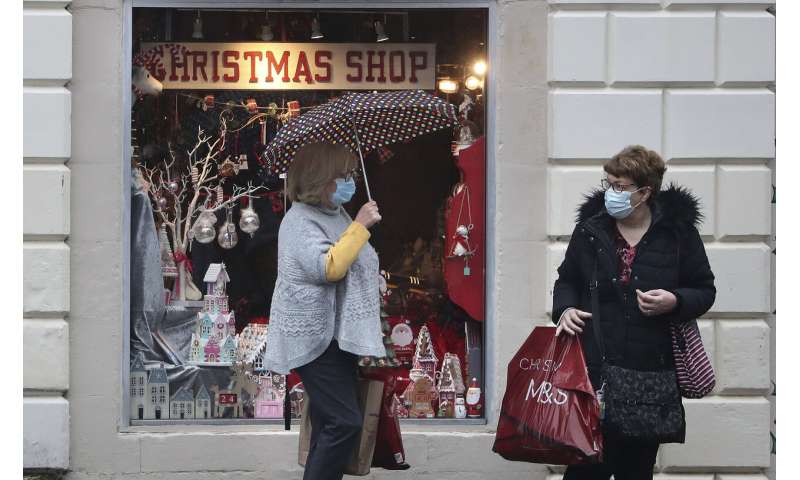 Under that system, a “medium” alert level requires restaurants and pubs to close at 10 p.m. and prohibits residents from mixing in groups larger than six. The “high” level prevents people from gathering indoors with anyone not in their household or extended “support bubble.”