Type 2 diabetes remission is possible for people with lower BMIs 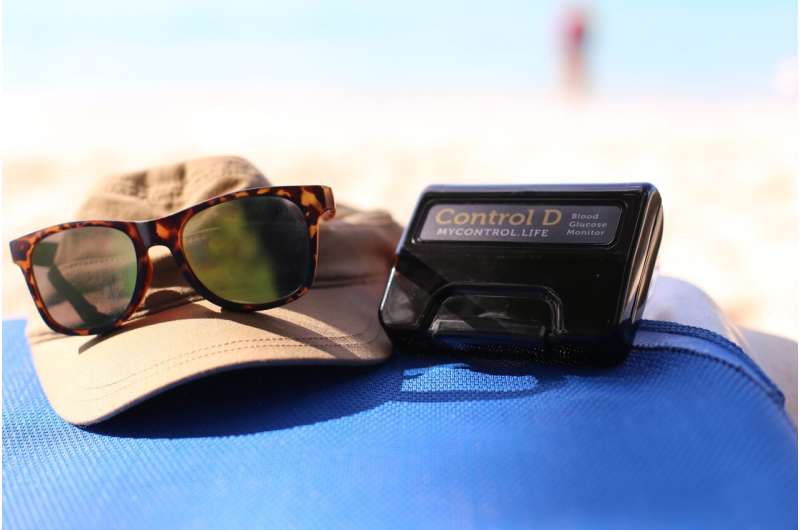 A new study by Professor Roy Taylor and his team shows remission from type 2 diabetes is possible for people with lower BMIs.

The new study has shown that remission of type 2 diabetes is possible even for some people with lower body weights, delegates at the 2022 Diabetes UK Professional Conference heard today (1 April 2022).

Results from the Diabetes UK-funded Reversal of Type 2 Diabetes upon Normalisation of Energy Intake in the Non-obese (ReTUNE) trial show a staggering 70% of participants with lower bodyweights went into type 2 remission through diet-induced weight loss, despite not living with obesity or overweight.

Professor Roy Taylor, principal investigator on the ReTUNE trial, Newcastle University said: “This is very good news for everyone with type 2 diabetes, not only pointing the way forward for effective return to health but also challenging the misconceptions clinging to the condition.”

Full information is available on this website about reversing Type 2 diabetes and and ongoing remission including diet plans and information for GPs.

Previously, Professor Taylor’s landmark Diabetes Remission Clinical Trial (DiRECT) gave hope to millions of people with type 2 diabetes and obesity or overweight by showing it was possible for some people to put their condition into remission through weight loss.

The Counterpoint study, also funded by Diabetes UK, first showed that shedding fat from inside the pancreas and liver—the two key organs involved in blood sugar control—was key to remission from type 2 in people living with obesity or overweight.

To find out if losing excess fat from these organs could also help people with BMIs in the healthy range to go into remission from type 2 diabetes, Professor Roy Taylor and his ReTUNE team put 20 people with the condition and a BMI at or just above the healthy range (BMI below 27) on a similar low-calorie diet program to that followed in Counterpoint.

Participants were supported by a medical team to stop all glucose lowering tablets and follow a strict low-calorie diet (800 kcal per day), consisting of formula meal replacements and non-starchy vegetables for 2–4 weeks, followed by a 4–6 week weight loss maintenance period which involved the gradual reintroduction of normal foods. All participants had received a diagnosis of type 2 diabetes within the last 5 years. This cycle of weight loss and maintenance was repeated up to three times, until participants lost between 10 and 15% of their bodyweight.

After each cycle, the research team measured the amount of fat in the participants’ pancreas and liver and looked to see who how remission was produced.

Following on from last year’s promising preliminary results, the study’s complete data confirms for the first time that people with type 2 diabetes and lower BMIs can be supported to put their type 2 into remission through a structured low-calorie diet program, and that the key to this is losing harmful fat from the liver and pancreas.

After 12 months, the findings showed that:

Participants reported feeling satisfied with their weight loss and health improvements and didn’t report difficulties with keeping the weight off that they’d lost.

Chris Askew, Chief Executive of Diabetes UK, said: “Building on the pioneering DiRECT trial, this game-changing study from Professor Taylor and his team advances our understanding of why type 2 diabetes develops, and what can be done to treat it.

“Our ambition is for as many people as possible to have the chance to put their type 2 diabetes into remission and live well for longer. The findings of ReTUNE potentially take us a significant step closer to achieving this goal by showing that remission isn’t only possible for people of certain body weights.

“It is our hope that ReTUNE—as DiRECT did before it—will inform the development of services and support so that many more people with type 2 diabetes will have the possibility of remission open to them.”

David Childs, ReTune participant from Cleadon in Sunderland who is now in remission of type 2 diabetes, shares his journey:

“My eyesight was failing, I had constant headaches, and I fainted. I knew something was wrong, but I never expected it to be diabetes! I was a healthy 48-year-old with a BMI of 27. My GP ordered blood tests and, with no family history of diabetes either, they were surprised themselves that the results said it might be type 2 diabetes—further testing showed it was true.

“Immediately I began my journey to understand more about how I can manage my health, but then I joined the ReTune trial and within the first round of the study and weight loss, I was already in remission of the condition.