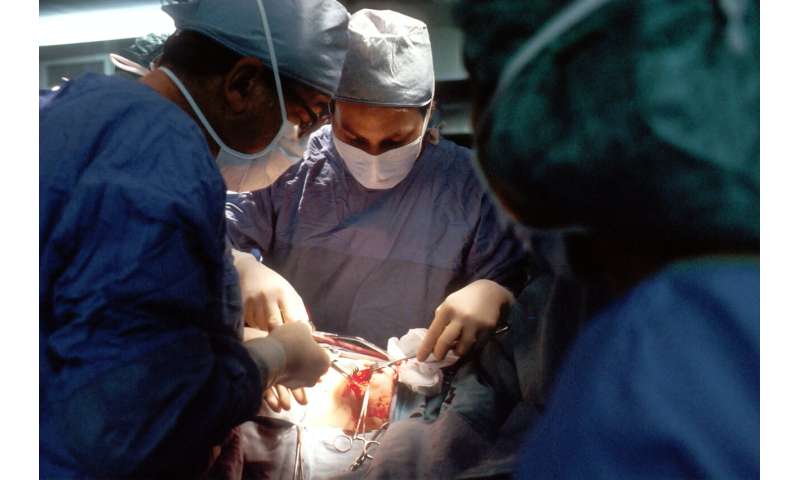 The study led by the Bristol Urological Institute, a world renowned center for urological research and urodynamics, at North Bristol NHS Trust, funded by a £1.2 million grant from the National Institute for Health Research (NIHR) and managed by the Bristol Trials Center, is published in The Lancet.

As men get older it is common for their prostate gland to get bigger. The prostate gland sits at the exit of the bladder like a collar, so when it enlarges it can be difficult, or even impossible, for men to pass urine or can cause other bothersome urinary symptoms. 25,000 men each year have an operation to relieve this problem by reducing the size of the prostate, making it one of the most common operations performed in the NHS.

The trial was carried out as there was a suggestion that the laser procedure may result in a shorter stay in hospital following the operation, and reduced complications such as bleeding than the TURP.

There were similar improvements in patient-reported urinary symptoms at one year after surgery for both procedures. Urinary flow also improved successfully although slightly more after the TURP than the laser procedure. Men reported similar quality of life and sexual symptoms after both procedures and high satisfaction with surgery. There was no difference between the two procedures in hospital stay or complications, including bleeding. TURP was slightly more cost effective and took less time than the laser procedure.

Professor Hashim Hashim at North Bristol NHS Trust and chief investigator of the study, said: “Overall, this trial has shown that both procedures are effective for treating men with lower tract symptoms. The results will inform national guidance and ensure that men are receiving the best available treatment.”