The timing of heart surgery is crucial, research shows 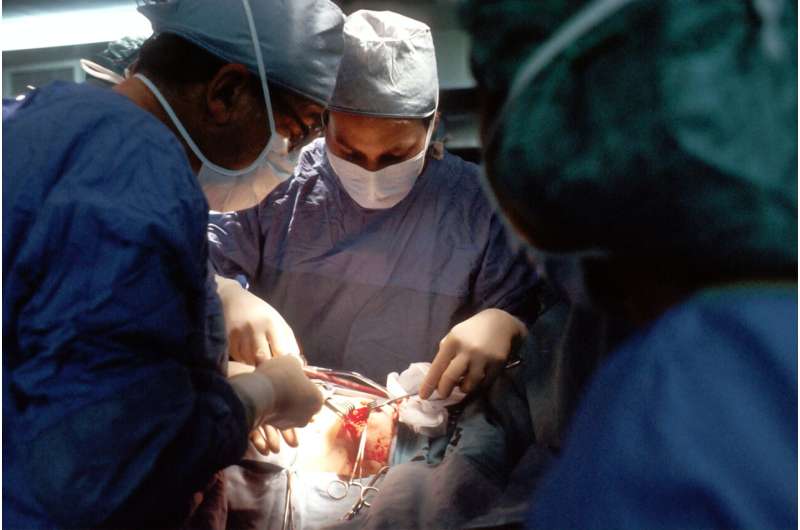 Valve replacement heart surgery should be performed earlier than conventionally thought for people with aortic stenosis, according to new research from the University of East Anglia (UEA).

The condition is one of the most common and serious valve disease problems, caused by a narrowing of the aortic valve opening.

Once patients develop symptoms such as breathlessness, chest pains or blackouts, then guidelines recommend replacing the narrowed valve. But many patients with aortic stenosis do not have symptoms even when they have severe narrowing of the valve, and are thus not eligible for valve replacement.

New research published today shows that these patients would benefit by undergoing a valve replacement before they suffer irreversible heart muscle damage.

Lead researcher Prof Vassilios Vassiliou, from UEA’s Norwich Medical School, said, “The heart has four valves, which allow the blood to flow in one direction efficiently. With increasing age, one of the valves, the aortic valve, becomes increasingly narrowed or ‘stenosed.’

“A lot of patients with severe aortic stenosis do not have symptoms and therefore are not eligible for valve replacement according to the current guidelines.

“For these patients without symptoms, the guidelines suggest a ‘watchful waiting’ approach and intervention is recommended only when they show symptoms or develop pump failure.

“We wanted to know if it would be better to perform surgery and replace the valve sooner rather than later.”

The research team carried out a systematic review and meta-analysis, comparing early intervention versus conservative management in patients with asymptomatic severe aortic stenosis.

They then analyzed data from all the available studies, which involved a total of 3798 patients, out of which 302 were included in the two largest randomized controlled trials and 3496 in the observational studies.

Prof Vassiliou said, “We found that early intervention, before patients have symptoms, is associated with lower risk of death and hospitalization for heart failure.

“By the time the patients develop symptoms, there has likely been irreversible damage to the muscle of the heart. This in turn may preclude a worse prognosis and adverse outcomes even after successful intervention.

“The timing of aortic valve intervention is crucial.

“We hope that our findings may herald the beginning of a change in the management of aortic stenosis patients, enabling the intervention to take place more commonly whilst the patients are asymptomatic.

“Ongoing trials investigating this high-risk population are anticipated to shed more light into the matter and in the identification of the optimal time of intervention,” he added.