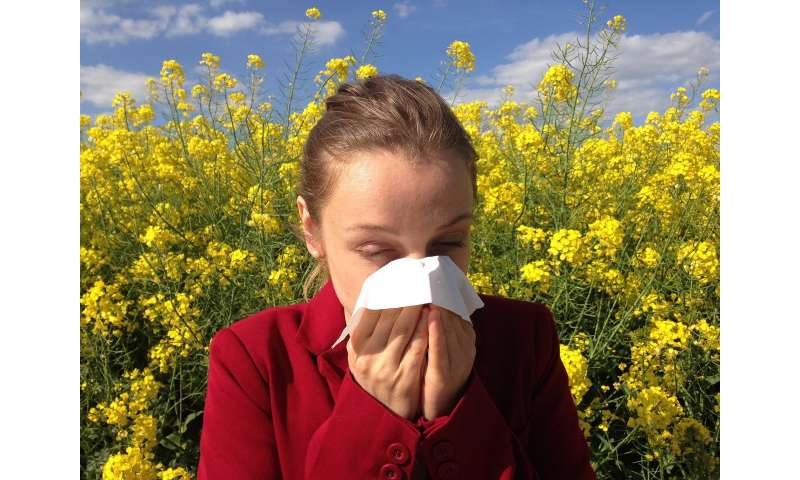 Spring welcomes warm weather and sun, but it also is the height of allergy season. Dr. Sanjiv Sur, an allergist at Baylor College of Medicine, explains the importance of managing seasonal allergy symptoms and the best methods to combat them this year.

Allergic rhinitis, or hay fever caused by airborne pollen, is a significant issue in the U.S., Sur said. According to the Centers for Disease Control and Prevention, it affected almost 20 million people over 18 years old in the United States last year. Unfortunately, many people try to suffer through with no treatment, he said.

“When you leave your allergies untreated it may cause presenteeism, or working while sick, which is characterized by daytime drowsiness where people can become spacy,” said Sur, senior faculty in immunology, allergy and rheumatology at Baylor. “People will show up to work but may not be able to focus and perform as effectively as usual, and all it requires is starting over-the-counter medications if you are unable to see a doctor.”

The most common symptoms of allergic rhinitis include congestion, sneezing, runny nose and itchy, watery eyes. The most common ways to treat allergies are using over-the-counter intranasal steroids, oral antihistamines or allergen immunotherapy, Sur said. However, he said the best method is the intranasal steroids, such as a fluticasone or budesonide nasal spray that can be found at any local drug store.

“The intranasal steroids (nasal sprays) across the board work on all nasal symptoms, whereas antihistamines and leukotriene antagonists, which are also used for asthma, are very specific for runny nose and sneezing,” he said.

While nasal steroid sprays relieve congestion and itchiness in the nose, they are not as effective for itchy eyes. Sur recommends taking a non-drowsy oral antihistamine like cetirizine or fexofenadine, and highly discourages drowsy allergy medications.

If symptoms continue after using steroid nasal sprays, Sur recommends visiting a doctor for allergen immunotherapy. He explains that there are two kinds of immunotherapy – subcutaneous immunotherapy and sublingual immunotherapy to reprogram and improve your body’s ability to tolerate environmental allergens without causing allergy symptoms.