Just four nights of poor sleep can change the way the body stores fat and increase the risk of obesity, a new small study suggests.

Researchers say participants who were given a high-calorie meal felt less satisfied after eating it while sleep deprived than when they ate it well-rested.

They found that eating rich meals after lack of sleep led to a higher levels of insulin the body and the faster clearance of lipids, or fats, from the meal.

This fat is stored in the body and, in turn, leads to weight gain.

The team, from Pennsylvania State University, says the findings add further evidence to why lack of sleep is harmful and says doctors need to educate their patients about forming good sleep habits. 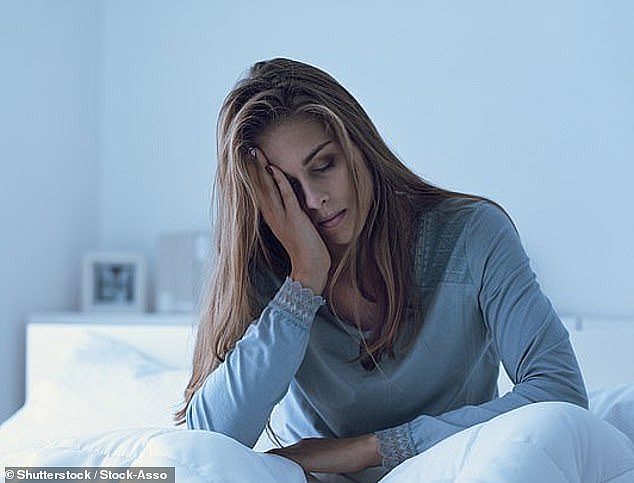 The National Sleep Foundation recommends that adults get between seven and nine hours of sleep every night.

However, a 2015 study from the Centers for Disease Control and Prevention found that about 50 percent of US adults sleep fewer than the recommended hours.

Insufficient sleep has been shown to raise the risk of obesity, diabetes, heart disease and even cancer – but researchers don’t know much about the underlying mechanisms that cause this.

For the new study, published in the Journal of Lipid Research, recruited 15 healthy male participants in their 20s.

The men first spent a week getting 10 hours of sleep a night at home and then spent ten nights at the Clinical Research Center at Penn State.

For the nights spent in the laboratory, the men were given a high-fat, calorie-dense dinner of chili and pasta.

Afterwards, they were told to get no more than five hours of shut-eye each night for four consecutive nights.

Researchers took blood samples from the men and found that sleep deprivation led to high levels of insulin, the hormone needed to get glucose from the bloodstream into cells.

This results in the body taking fats from the meal more quickly. These fats or lipids are rapidly storied and weight-gain ensues.

‘Across a lifetime of exposure to short sleep, this could increase the risk of obesity, diabetes, or other metabolic diseases,’ said lead author Kelly Ness, a former graduate student at Penn State.

The researchers say more outreach is needed – from doctors and policymakers – so people can be warned about the dangers of poor sleep habits.

‘By storing fats quickly, fat tissues appear to shift fuel utilization away from fats and prioritize the use of sugars for fuel. Here we show evidence that sleep restriction exaggerates this process, conserving energy stores.’