Seemingly harmless fluid-filled spaces around the cerebral small vessels, commonly seen on brain MRIs in older adults, are now thought to be associated with more compromised cognitive skills, according to a Vanderbilt University Medical Center study published in Neurology.

The new findings challenge longstanding beliefs that these areas — known as perivascular spaces — are a harmless imaging marker.

When compared with common markers of small vessel disease, the study results showed a more frequent association between enlarged perivascular spaces and cognition than expected, according to senior author Angela Jefferson, PhD, professor of Neurology and director of the Vanderbilt Memory & Alzheimer’s Center.

“Our work shows perivascular spaces are not clinically benign,” Jefferson said. “These areas contributed to worse cognitive health in a way that was distinct from the other markers of small vessel disease. That result was unexpected and emphasizes that enlarged perivascular spaces deserve further study.”

The study, which looked at older adults who have not yet developed dementia, offers evidence that multiple neuroimaging markers of small vessel disease reflect distinct pathways of injury as well as early or late features of severity.

Cerebrovascular changes, including small vessel disease, are common in aging and contribute to unhealthy memory loss and dementia. Over 80 percent of all autopsy-confirmed cases of dementia are linked to cerebrovascular disease.

The Vanderbilt study was designed to better understand how several markers of small vessel disease connect to cognition and what these changes mean for older adults when detected on brain scans.

Researchers focused on well-studied markers of small vessel disease, including white matter hyperintensities, infarcts and microbleeds, as well as enlarged perivascular spaces, which have received less attention in literature.

The most frequent associations in the study linked white matter hyperintensities and cognition, including language, information processing speed, executive functioning and visuospatial skills.

Unexpectedly, for the researchers, the next most frequent links were between enlarged perivascular spaces and information processing speed and executive functioning.

“These results are important for any clinician or scientist who works in aging,” Jefferson said. “Many of these small vessel disease markers are due to common vascular risk factors for cardiovascular disease, such as high blood pressure or diabetes. We know these conditions can be prevented and treated, which means small vessel disease and its impact on abnormal cognitive changes can also be prevented.” 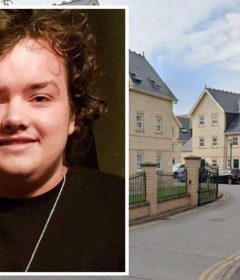