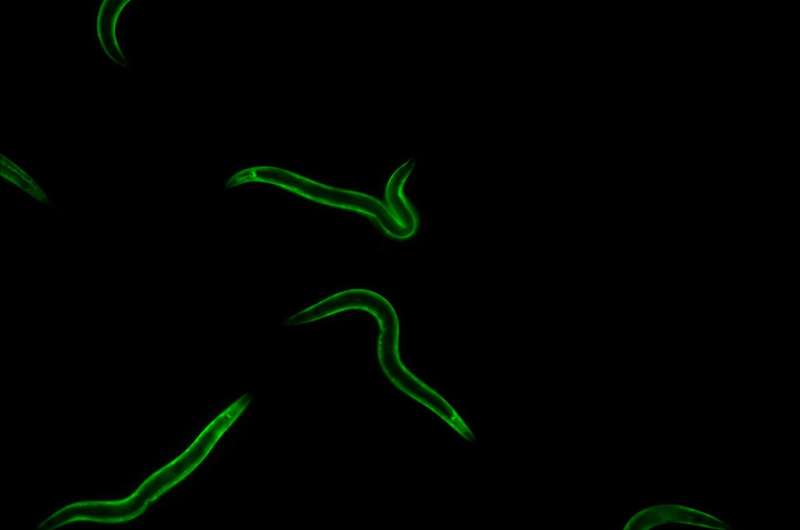 Age-related changes in strength and mobility may depend on genetic variations in a critical mitochondrial enzyme, suggests a study published today in eLife.

The results help to address the question of why some individuals remain active as they age while others find it more difficult to get around. The genetic variations identified in the study can be evaluated further to identify specific mechanisms by which individuals lose mobility over time, and contribute to the prediction of these losses with aging.

Many people progressively lose muscle mass and strength as they age, which can reduce their quality of life and contribute to falls and broken bones later in life. A lack of exercise or poor diet can contribute to age-related muscle loss, but genetic factors also likely play a role.

“While aging is universal, the genetic factors that contribute to differences among individuals as they age are unclear. We wanted to examine the role that genetic variations in a mitochondrial enzyme play in age-related changes to mobility,” explains Osvaldo Villa, a Ph.D. student at the USC Leonard Davis School of Gerontology, US. Villa is a co-first author of the study alongside Ph.D. student Nicole Stuhr and Dr. Chia-An Yen.

For their study, the team screened the roundworm Caenorhabditis elegans (C. elegans) for genetic variations that contribute to a build-up of oxidative stress, a process that can cause cell damage, in muscle tissue. They found that variations in a gene called ALH-6 were associated with oxidative stress. Over time, worms with these variations were less able to crawl and swim.

Next, the team analyzed data from the U.S. Health and Retirement Study (HRS) to see if genetic variants in the human equivalent of this gene, called ALDH4A1, were also linked to age-related mobility changes. The HRS has enrolled more than 36,000 US adults aged 50 and over, and collected genetic and health information. By analyzing a subset of participants with genetic data and measures of strength, the researchers found that older adults with certain variations in the ALDH4A1 gene had slower walking speeds and reduced hand strength as they aged.

“These findings suggest that variations in the ALH-6 or ALDH4A1 gene can impact muscle aging in C. elegans and humans, and may help predict muscle health in people as they age,” Stuhr says.

The team cautions that many human genes likely interact with each other, as well as diet and other factors, to influence strength and mobility as people age. More studies are needed to understand all of the genes involved in these age-related changes.

“Predictive biomarkers for muscle strength and mobility are extremely rare due to a limited amount of data on aging in humans,” concludes Senior author Sean Curran, Professor of Gerontology, Molecular and Computational Biology, and Associate Dean of Research, at the USC Leonard Davis School of Gerontology.