Home » Health News » Ruth Bader Ginsburg Underwent A Pulmonary Lobectomy—But What Is That?

Ruth Bader Ginsburg Underwent A Pulmonary Lobectomy—But What Is That? 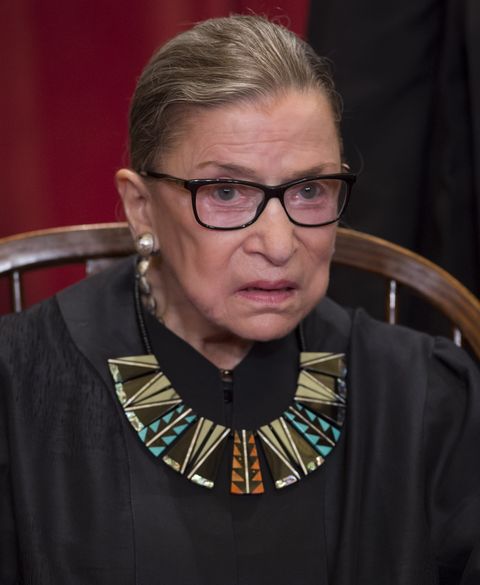 The procedure occurred to remove two nodules discovered in the aftermath of tests performed when Ginsburg sustained rib fractures during a fall in early November.

“Two nodules in the lower lobe of her left lung were discovered incidentally during tests performed at George Washington University Hospital,” the Supreme Court’s announcement read.

What is a pulmonary lobectomy?

According to the American Lung Association, a lobectomy is a procedure in which an entire lobe of the lung is removed. This can occur for any number of reasons, including a cancer diagnosis, infection, chronic obstructive pulmonary disease (COPD), or benign tumors, the ALA says.

Per the Supreme Court release, thoracic surgeon Valerie W. Rusch, M.D. said the two nodules removed during Ginsburg’s surgery were malignant. However, the release noted: “Post-surgery, there was no evidence of any remaining disease. Scans performed before surgery indicated no evidence of disease elsewhere in the body.”

What’s the prognosis after a pulmonary lobectomy?

Currently, no further treatment is planned for Ginsburg, and the Supreme Court’s announcement noted that she was resting comfortably after the procedure.

The ALA says the procedure typically requires a two- to four-day stay in the hospital—and the Supreme Court said Ginsburg is expected to remain in the hospital for “a few days.”

The procedure does pose a minimal risk of bleeding and infection, the ALA notes.

Per the ALA, any pain post-procedure can usually be managed with medication, and will resolve within two to four weeks. Here’s hoping Ginsburg is back on her feet soon.