Although there are several COVID-19 vaccines approved for use today, concerns exist regarding the immune escape capabilities of these vaccines against many severe acute respiratory syndrome coronavirus 2 (SARS-CoV-2) variants of concern (VOCs).

According to nasopharyngeal swab analyses, fully vaccinated individuals – like unvaccinated ones – harbor infectious viral loads of the Delta variant, which is currently the most dominant VOC worldwide.

Many studies to date have determined the prevalence of vaccine breakthrough infections among health care workers (HCWs), and most of them were based on spontaneous self-reporting by symptomatic HCWs. Thus, asymptomatic HCWs, who could also transmit the virus, were not part of these studies. In most countries, HCWs who test positive are asked to quarantine for 14 days or until two consecutive follow-ups after ten days before they can come back to work. These mandatory quarantine measures lead to massive HCW shortages that can lead to health crises in hospitals.

In a study published in Annals of Internal Medicine, researchers from Italy systematically monitored 2,397 HCWs who were fully vaccinated with BNT162 at the ASST Settelaghi hospitals in Lombardy, Italy during February 2021. HCWs who worked in 8 wards deemed at “high risk” for infection from attending patients had to undergo mandatory nasopharyngeal swab testing with SARS-CoV-2 polymerase chain reaction every two weeks. HCWs working in 8 “moderate-risk” wards were tested every four weeks. 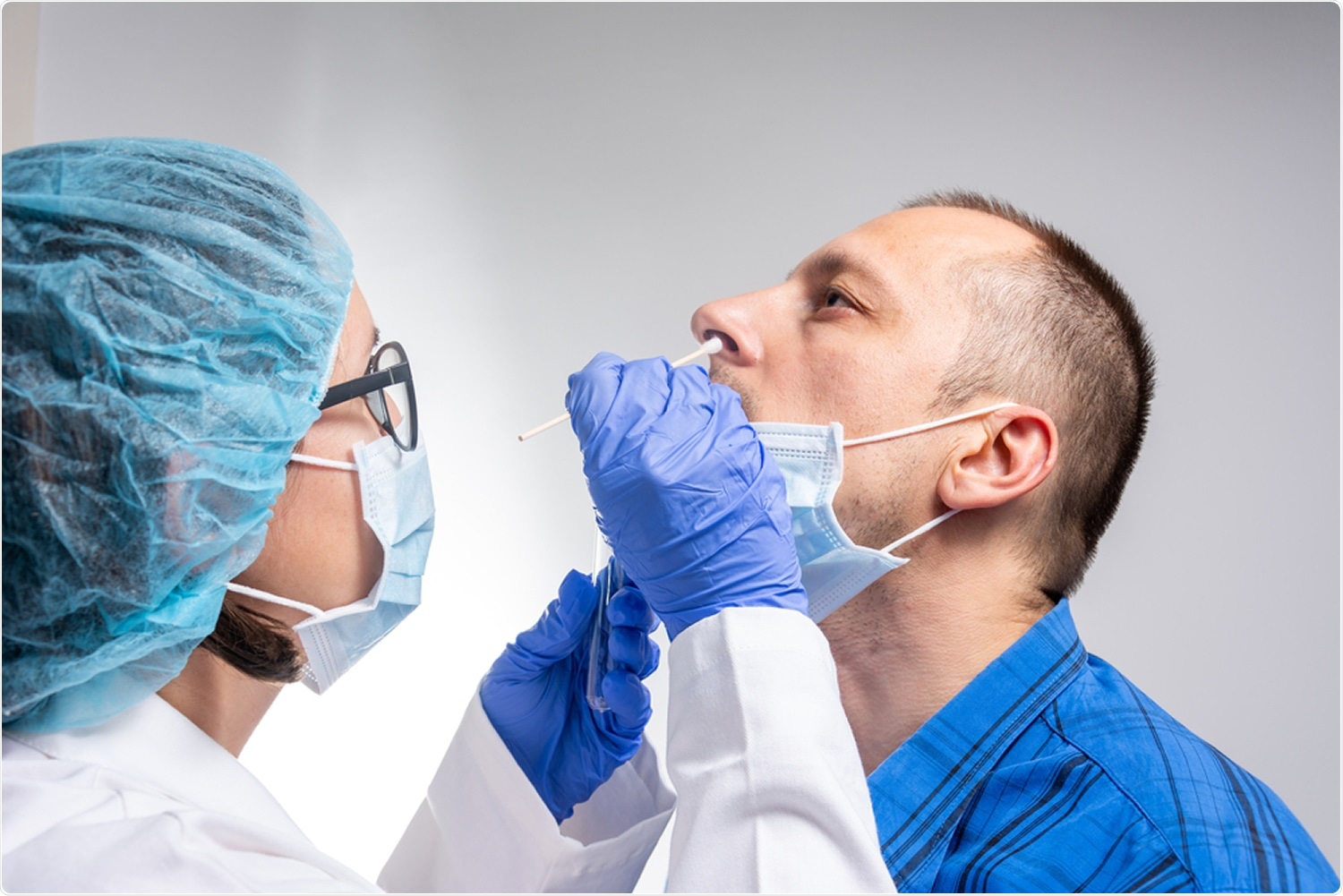 On detection of SARS-CoV-2 RNA, the HCWs underwent daily nasopharyngeal swab testing until two consecutive swabs tested negative for SARS-CoV-2. While positive samples with cycle thresholds under 25 were retested by spike gene sequencing, ones with cycle thresholds between 25 and 35 were reassessed with a VOC-specific multiplex real-time PCR targeting E484K, L452R, and N501Y.

The team identified 33 cases of SARS-CoV-2 infection during the surveillance period between 15 March and 17 August 2021. A total of 17 (2.1%) of the 789 HCWs in the high-risk group were tested every two weeks and 16 (1.1%) out of 1,387 HCWs in the moderate-risk group were tested every 4 weeks. None of these tested HCWs ever developed any symptoms, nor had an immune deficiency or other significant comorbidities.

Five HCWs were retested using spike gene sequencing and 12 HCWs by VOC-specific real-time PCR. Eight HCWs (0.4%) tested positive during the same interval and were symptomatic; only 1 Alpha variant could be characterized by sequencing. All 33 asymptomatic HCWs tested negative a day after the initial positive test result, and all negative results remained negative on a third swab test 2 days later, while symptomatic cases cleared after an average of 11 days.

“The mean IgG level was twice as high in the asymptomatic than the symptomatic group.”

According to the results, it is clear that systematic surveillance of asymptomatic and fully vaccinated HCWs reveals several more cases of breakthrough infection compared to symptomatic testing.

Asymptomatic HCWs were found to clear more quickly than symptomatic HCWs. They also had higher mean antibody levels compared to symptomatic cases. Thus, according to the authors, their surveillance program could have missed many other such infections due to the rapid viral clearance in asymptomatic breakthrough infections.

The study had some limitations, such as the inability to perform genetic sequencing for more accurate VOC imputation in HCWs with cycle thresholds over 25 and the lack of viral neutralization assays to determine neutralizing antibody levels.

Although these findings indicate that regular asymptomatic testing of vaccinated HCWs who tested positive for SARS-CoV-2 may prevent the need for lengthy mandatory quarantines, this needs to be confirmed in more extensive studies. In addition, surveillance programs for capturing vaccine breakthrough infections should include frequent testing, without which vigilant use of personal protective equipment among HCWs is a must.

“Our findings suggest that regular testing of asymptomatic vaccinated HCWs who tested positive for SARS-CoV-2 may preclude the need for long quarantines, but this requires confirmation in larger studies.”

Susha has a Bachelor of Science (B.Sc.) degree in Chemistry and Master of Science (M.Sc) degree in Biochemistry from the University of Calicut, India. She always had a keen interest in medical and health science. As part of her masters degree, she specialized in Biochemistry, with an emphasis on Microbiology, Physiology, Biotechnology, and Nutrition. In her spare time, she loves to cook up a storm in the kitchen with her super-messy baking experiments.