Researchers investigate how opioid use affects offspring in rats 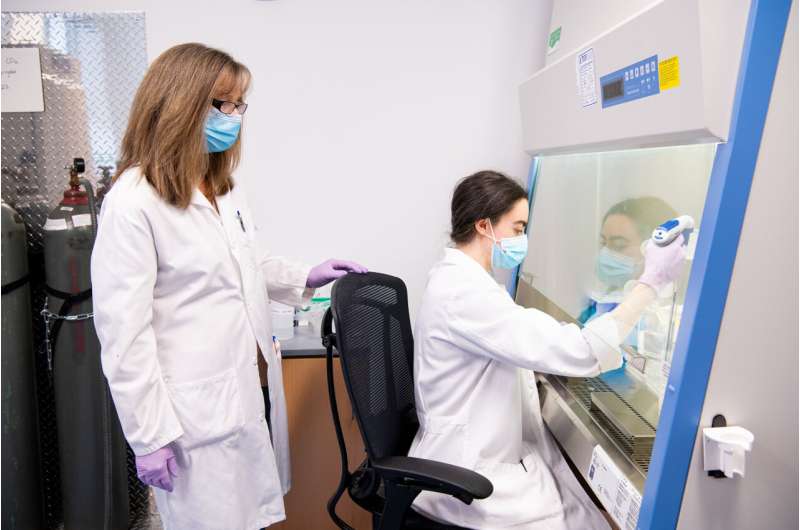 New research from scientists at Cummings School of Veterinary Medicine at Tufts University suggests opioid use before pregnancy—even if not used during pregnancy itself—could result in a higher likelihood that a mother’s male offspring will develop type 2 diabetes and metabolic syndrome, conditions that increase the risk of heart disease and stroke.

The current studies are in rats exposed to opioids over a 10-day period several weeks before mating, and have yet to be studied in humans. The results suggest, however, that even if moms stop opioid use while pregnant, the effects on future generations could lead to significant health problems.

In many circumstances, prescription opiates such as oxycodone, hydrocodone and morphine can be an important component of overall pain management. But the current epidemic misuse of opioids leading to addiction has resulted in a crisis in the U.S., destroying lives and families regardless of income level, race, age, or gender.

“The percentage of the population exposed to prescription opioids has exploded in recent years,” says Cummings School professor and neuroscientist Elizabeth Byrnes. “Addiction and overdose deaths have been the biggest and most important focus of our public health efforts to combat the misuse of opioids thus far. Yet perhaps what hasn’t been as widely appreciated is that opioids may also have significant effects on the immune and neuroendocrine systems and can also affect metabolism in those who take these drugs.”

“What our research suggests is that these effects may also be passed down to future generations, even if the mother stops taking the drugs before pregnancy,” Byrnes says. “We as a society may not fully understand all the potential consequences of widespread prescription opioid use and misuse,” she says.

This recent research from Byrnes and colleagues at Cummings School and the Department of Computer Science at Tufts University was published in the journal Scientific Reports. Byrnes and computer science professor Donna Slonim were co-principal investigators, and it builds on an earlier study published in Addiction Biology in 2019. The lead author on both studies is Anika Toorie, who was a postdoctoral researcher under Byrnes and is now an assistant professor at Rhode Island College.

What rats tell us about human biology

Researchers examine the effects of opioid use on addiction and other health consequences in rats as a gateway to better understanding the drugs’ effect in humans. They do so because rats have similar biological and reward systems to those of humans, and because they can look in the laboratory, under tightly controlled conditions, to discover changes in the rat brain, in metabolism, and in organ systems in response to opioid use, misuse, addiction, and withdrawal. Findings deemed worthy of further exploration can then be studied in humans.

In the studies published in Addiction Biology and Scientific Reports, the researchers looked at male rats born to mothers who were exposed to morphine (opioids) for 10 days as adolescents but who were drug-free for at least three weeks prior to mating, so their male offspring were not exposed in utero. The control group of offspring were born to mothers who received a saline solution, rather than morphine.

For the Addiction Biology paper, male offspring rats from both groups of mothers were fed a high fat-sugar diet for six weeks. The males born to mothers who had been exposed to morphine consumed more food, gained more weight, and developed fasting-induced hyperglycemia (high blood sugars) and hyperinsulinemia (high circulating levels of insulin). This indicates the rats were becoming less able to regulate how their bodies converted food into energy, which can lead to obesity, type 2 diabetes, and a variety of other health problems that type 2 diabetes causes.

“What we essentially saw is that the limited morphine exposure in female rats prior to conception increased the risk of metabolic disorders, including type 2 diabetes in the males in the next generation,” said Byrnes.

By extending the feeding regiment even longer, the researchers found that the male rats in both the controlled and high-fat diet group whose mothers had been exposed to morphine pre-conception also developed impaired glucose tolerance, which is an early sign of type 2 diabetes. They also had liver and other abnormalities.

“Even if the offspring are not exposed to a high fat-sugar diet, the risks for developing diabetes and other health problems are there, though they may take longer to emerge,” Byrnes said.