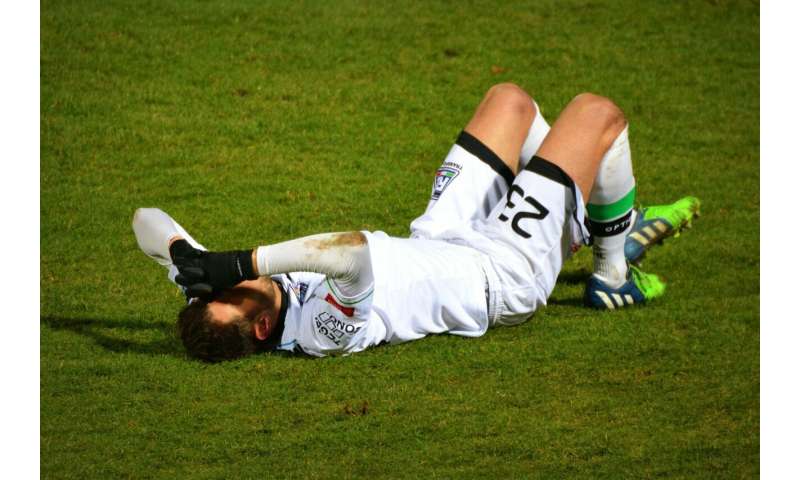 A team of researchers affiliated with several institutions in the U.S. and one in the U.K. has found that blocking a certain inflammatory pathway in mice protects tendons from injury. In their paper published in the journal Science Translational Medicine, the group describes their study of tendinopathies and possible ways to prevent them.

Most people have experienced pain related to musculoskeletal injuries. Pulled tendons or ligaments cause pain. Additionally, the area around the injury swells as the body begins the healing process. That swelling is inflammation and medical researchers have begun to wonder if it causes more harm than good. Prior research has suggested that inflammation may actually play a role in the degeneration of tendons, ligaments or even joint capsules in chronic injuries. But such research has not solved the mystery of whether the degeneration is due to the inflammation that occurs or if it is merely a side-effect. In this new effort, the researchers sought to find that answer by studying the nuclear transcription factor kappa-B (NF-κB)—a pathway that plays a prominent role in inciting inflammation and which has been linked to the early stages of tendinopathy.

The work by the team involved studying samples of damaged tendons from injured patients, all of whom had rotator cuff tendinopathy. They found abnormally high levels of activity in the NF-κB pathway. When studying mice with similar injuries, they found the same thing. A closer look showed that the high rate of activity was due to overexpression of an enzyme called IKKβ (a subunit of the IκB kinase).