Home » Health News » Prostate cancer: How do you ‘feel’ after going to the toilet? Doctor warns of early sign

A prostate cancer diagnosis is a reality that many men will confront in their lives: around 48,000 British males are diagnosed with the disease each year. Prostate cancer usually develops slowly, so there may be no signs for many years. This underscores the need to get tested if you’re eligible.

As part of a push to get more men tested, Doctor Kubes, Medical Director at the Proton Therapy Center in Prague, Czech Republic – a facility that treats many UK prostate cancer patients with pioneering proton beam therapy radiation – has raised awareness about the initial warning signs.

According to Doctor Kubes, how you feel after peeing can be a red flag.

He said: “Some sufferers notice that their bladder feels like it’s not been fully emptied.”

Meanwhile, “blood in your urine or semen is another obvious warning sign”, the doc said.

In general, changes to your toilet habits are the main indicator of prostate cancer, the doc noted.

“If you’re finding you need to wee more frequently, or you’re getting up often during the night, then you need to investigate the cause.”

Doctor Kubes continued: “You may also notice a hesitancy when you try to pee, or straining and taking a lot of time, as well as a weak flow.”

According to the doc, men also need to be aware that prostate cancer can be symptomless until the tumour has grown large enough to pose a real problem.

“We see many patients – in fact the majority – who’ve been diagnosed with prostate cancer having had absolutely no symptoms whatsoever.”

That’s why it’s so important to get tested.

While there’s no national screening programme for prostate cancer, a prostate specific antigen (PSA) blood test is used as a diagnostic tool in the UK.

According to NHS guidelines, if you’re aged 50 to 69, a PSA reading of 3ng/ml or higher represents a ‘raised’ level and cause for concern.

“If the PSA test indicates a problem, you’re likely to have a digital rectal examination as well as an MRI scan of the prostate,” said Doctor Kubes.

According to NHS guidelines, if you’re 50 years old or over, you can ask your GP for a PSA test.

“However – and this is crucial – if there’s any family history of prostate cancer, you can demand a PSA test five to ten years sooner, at the age of 40-45,” noted Doctor Kubes.

He continued: “That also goes for black men. They too can request a PSA test at 45 years old due to the fact that studies have shown they’re genetically more at risk of contracting the disease.”

The doc added: “It’s also important to stress that you should be looking out for the early warning signs of the disease as soon as you hit your 40s. And that’s important.

“Research has found that around a third of men have no idea what to look out for when it comes to prostate cancer.”

The good news is that the chances of surviving the disease is good if you catch it early enough.

Doctor Kubes explained: “Most patients will undergo a biopsy of the tumour, with samples of tissue studied in a lab to see how quickly the cancer will spread. What happens next will depend on the result of those tests.” 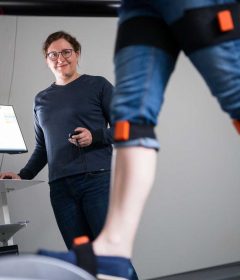 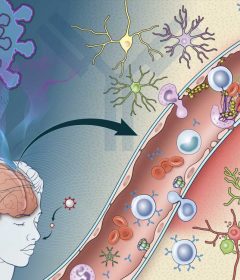