Home » Health News » Paul Merson health: Star on the ‘destructive’ addiction that he is ‘still struggling with’

Paul Merson health: Star on the ‘destructive’ addiction that he is ‘still struggling with’

Speaking exclusively to Express.co.uk, Merson once again shares details of his story as new data from a YouGov poll of 2,000 adults shows that over a third of people (38 percent) currently have or have previously had an addiction disorder or know someone in the same situation, but a whopping 52 percent have never accessed an addiction recovery service. In light of these stats, Merson is supporting the launch of Recoverlution, an online hub that aims to get more people around the world into recovery sooner and to help them stay there for longer.

In the past Merson has written about his various addictions in his book Hooked, which aimed to help others rather than tell his own story. However, revealing the extent of his gambling addiction, in particular, the former Arsenal player revealed that he has lost more than £7million to gambling addiction.

During a 21-year career in professional football, Merson moved for transfer fees that topped £12m. When he played for Middlesbrough in the late 1990s, he earned about £20,000 a week.

“Looking back now, it’s not the money lost that you regret,” he has said in the past. “I’ve been a millionaire and wanted to kill myself. 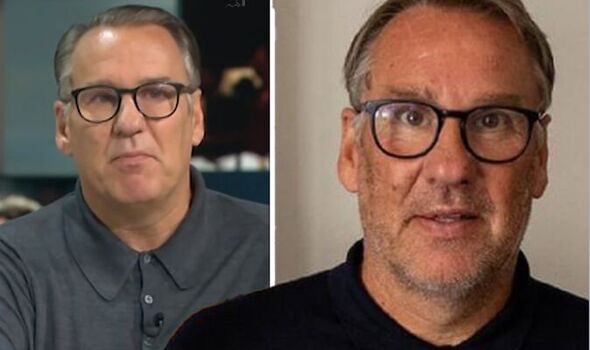 Speaking back in October 2021 he went on to say: “I’ve been addicted to alcohol and cocaine, but by far the most destructive and the only one I’m still struggling with is gambling.

“If I want to get drunk or high, I have to put something up my nose or down me. Gambling’s already in you, just waiting constantly, talking to you.”

First revealing his addiction to cocaine during a press conference back in 1994, Merson was offered support by his football club, something the star credits for helping him kick the habit. Merson revealed his manager, George Graham, somewhat gave him the benefit of the doubt when finding out about his problems.

“When I got done with the drugs and everything [in 1994] he called me in,” he shared. “I did talk to him [in later years] and I said, ‘Why didn’t you throw me out?’ because I’d already had about a million chances.

With his alcohol and drug addiction far behind him, gambling remains a threat that Merson is trying to deal with.

During a BBC documentary Paul Merson: Football, Gambling & Me, the football star is shown images of himself and other young players at the time in Arsenal Club accommodation playing cards. His friend and former teammate Wes Reid revealed that it was Merson who would not be able to stop playing once he had started.

“All through my life, I’ve never had that off switch,” Merson emotionally admits.

“There’s no greater buzz in the whole wide world than scoring a goal. But when I came off the pitch, the difference between me and other people was I needed that buzz to continue.”

Realising the extent of his addictive tendencies, Merson sought the help of Dr David Erritzoe, a consultant psychiatrist at Imperial College London who performed a “scary” experiment to show how the star’s brain responds much more actively to images of gambling than it does to images of things such as nature, food and family.

“This disease has literally rewired my brain,” Merson said shortly after finding out the results.

The NHS describes addiction as a “common problem” where individuals do not have control over doing, taking or using something to the point where it could be harmful. It is possible to be addicted to just about anything, and there are lots of reasons an addiction begins.

Nearly a year on from the release of his BBC documentary, Merson gives Express.co.uk an update on his story and why he is supporting the launch of Recoverloution. Still with a similar message to what he has always believed in, he shares: “While I’ve suffered from addictions to alcohol and drugs, it’s addiction to gambling which has been the most destructive and it’s this which I still struggle with today.

“Losing the deposit to the house I was going to buy during the lockdown was heart breaking for me but also for my wife and children. That’s the thing with addiction, it affects not just the addict but that person’s whole eco-system.”

Merson continued: “I truly believe that rather than being a set point in time, addiction recovery is a lifelong journey. I also know how hard it can be to seek help and that’s why it’s important to have as many easily accessible services as possible available for people to choose from. 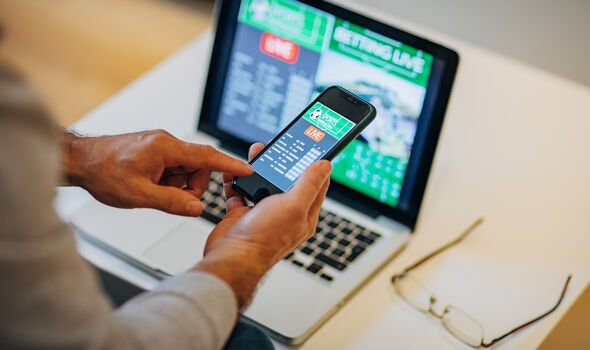 “I’m fully behind the launch of Recoverlution because it provides another pathway to recovery. I urge anyone with an addiction to seek help through Recoverlution or one of the many other services available today.”

Recoverlution is the world’s first recovery platform – dedicated to content, community, and wellness. Founded by Daniel Fincham, who is a recovering alcoholic, the therapy takes a holistic approach to recovery, encouraged by the fact that 74 percent of people agree that the recovery journey should include group therapy and/or wellness practices.

Fincham commented: “Real recovery needs to include a combined approach that covers off a person’s physical, mental and emotional self. That’s why our service, which combines community, wellness and knowledge is so compelling, because this carefully thought out design, which has personal experience at the heart of it, really does aim to give people all of the tools and resources they need to get into and stay in recovery.

“I’m thrilled to launch this platform and to embark on a journey whereby Recoverlution can make a significant difference to the lives of millions of people in recovery around the world.”