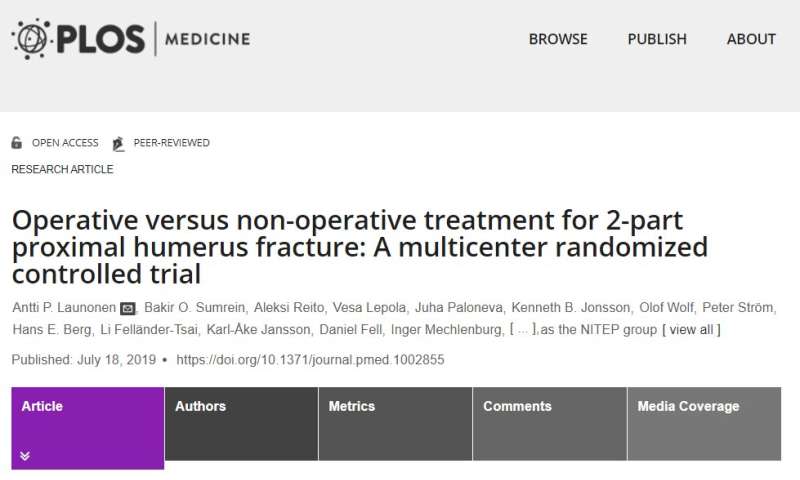 The results of a recent nordic collaboration study showed that there is no difference in functional results between operative and non-operative treatment in persons aged 60 or more with displaced proximal humerus fractures.

In the study, published in Plos Medicine, only fractures with a significant displacement between bone fragments were included. Traditionally, humerus fractures have been operatively treated using a metal plate and screws. In the non-operative treatment group, patients used a collar and cuff sling for three weeks and underwent instructed physiotherapy.

The trial included 88 patients who were followed for two years, and was conducted as a multinational, multicenter study in six trauma centers.

The findings of the study are novel and challenge current treatment protocols. “Moreover, the result had a positive impact on both the lives of the patients as well as on the economic cost of treatment,” says Aare Märtson, Professor in Orthopedics at the University of Tartu Institute of Clinical Medicine.

Abandoning those procedures that offer no benefit to the patient could result in savings of up to one million euros per year. Furthermore, patient recovery will be as successful as previously but without the surgery-related pain and complications.