Home » Health News » Olympian Sir Bradley Wiggins: ‘I was groomed by a coach when I was 13’

Olympian Sir Bradley Wiggins: ‘I was groomed by a coach when I was 13’ 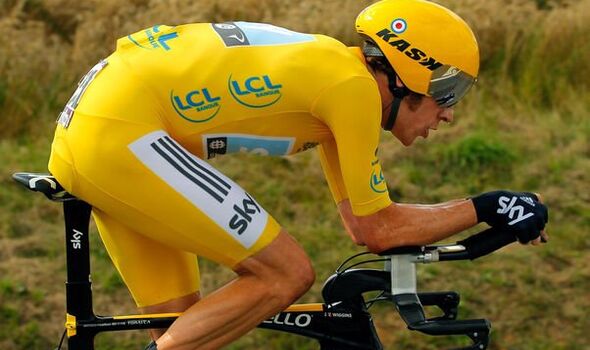 The record-breaking cyclist admits he never dealt with the abuse as he felt unable to tell anyone.

Sir Bradley, 41, explained: “I was groomed by a coach – I was about 13 – and I never fully accepted that. It all impacted me as an adult.”

“I buried it. My stepfather was quite violent to me, he used to call me a f***** for wearing Lycra and stuff, so I didn’t think I could tell him.”

“I was such a loner. I just wanted to get out of the environment. I became so insular. I was quite a strange teenager in many ways and I think the drive on the bike stemmed from adversity.””

He says some of his problems also stem from his father Gary, a professional cyclist who left the family when Wiggins was just two years old and later developed alcohol and drug addictions.

The five-times Olympic gold medallist, asked why he tends to run away from things in life, tells Men’s Health UK: “It was definitely to do with my dad. Never getting answers when he was murdered in 2008.”

“He left us when I was little, so I met him for the first time when I was 18. We rekindled some kind of relationship but then we didn’t speak for the last couple of years before he was murdered.”

“He was my hero. I wanted to prove myself to him.”

Wiggins, who grew up in Kilburn, northwest London, took up cycling at the age of 12 after watching the 1992 Barcelona Olympics, encouraged by his mother Linda.

He joined a club, where his father had been a member in the late 1970s, and as a young teen raced in South London.

His mum split from his stepfather Brendan when he was in his late teens.

Sir Bradley, a dad of two who separated from wife Catherine in 2020, also told how he stopped enjoying life after becoming the first British winner the Tour de France and the Olympics in 2012. He said: “It was probably the unhappiest period of my life. Everything I did was about winning for other people, and the pressures came. I really struggled.”

“I was thrust into this fame and adulation. I’m an introverted, private person. I didn’t know who ‘me’ was, so I adopted a rock-star veil. It wasn’t really me.”

He is now careful to look after his mental health, adding: “I have to have routine. Training every day, it’s important. Not drinking too much.”

“With my depression, if I’m not looking after myself it manifests more like a mania.”

Having retired from cycling in 2016, Wiggins studied for qualifications in social work.

In 2019, he said: “Those horrific things I saw when I was growing up, nothing can shock me now, and I want to use that toughness working as a social worker.”

The May edition of Men’s Health is on sale tomorrow.