Nick Ferrari reveals the procedure that resolved his gynaecomastia

‘How I froze the fat off my chest’: In a brave account that will resonate with many men, Nick Ferrari reveals how he finally resolved his lifelong battle with gynaecomastia

The day should have been one of triumph. In a desperately close championship rugby match between two of the ‘houses’ at my school, I found myself bundled out from the scrum with the ball bouncing loose in front of me — just five yards from the try line.

With seconds to go, all I needed to do was grab the ball, get over the line and score to make my team champions.

I’ve always had the build of a rugby player, rather than a svelte runner. So, although a couple of opponents tried to halt my progress, I had enough bulk to push one out of the way and drag the other, as he held on to me and I held on to the ball, over the line. 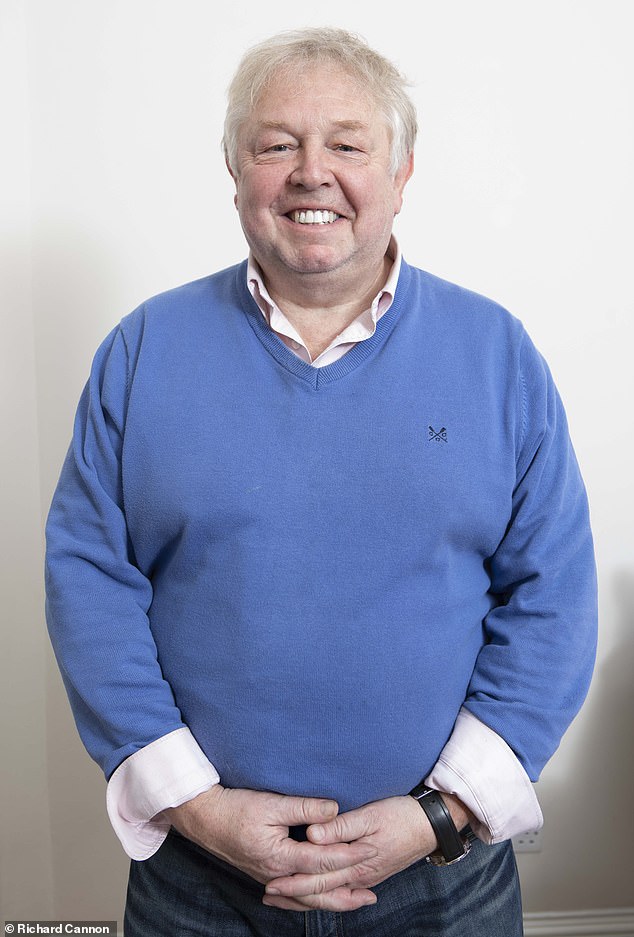 Nick Ferrari: The journalist, from Sidcup, suffered poor body confidence since adolescence, but is now a new man after a cutting-edge treatment froze fat to the point of cell death

The championship was ours, and a call up to the 1st XV could be in the offing. Yet all I was thinking about was how I dreaded returning to the dressing room — as it would mean removing my rugby shirt and exposing my chest.

From childhood, I’d always carried too many pounds, but, as I reached puberty, the fat suddenly raced to my chest. I had gynaecomastia — or, at least, that’s what medical dictionaries called it.

Going to an all boys’ school, you can imagine the string of taunts and nicknames that were used instead. At school, you’re likely to be picked on for anything that sets you apart. From red hair, to wearing glasses, or being too tall, they’re all seen as fair game.

But being fat-chested opens a whole new set of jibes — being compared to a Page Three girl doesn’t do a lot for the confidence of a teenage boy.

Psychiatrists frequently talk of employing ‘coping mechanisms’, but they’re unlikely to endorse my method of chasing any culprit and bringing them down with a rugby tackle. My teachers were equally unimpressed.

In adulthood, a new strategy was called for. That’s why, since my early 20s, you’ll be hard pressed to find a picture of me shirtless or in a T-shirt. 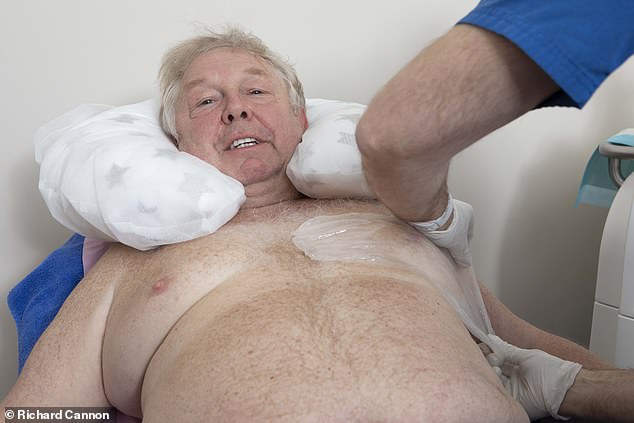 The treatment — which can cost around £600 a session — was performed by an aesthetic nurse practitioner, who told me one to two sessions are generally needed

Many years of chasing after rock, movie and TV stars all over the globe for a tabloid newspaper soon had a hefty impact on my waistline. The ceaseless demands to beat rivals and meet high-pressure deadlines, coupled with an expense account and staying in hotels, are not likely to feature on any bestselling diet.

That lifestyle was then followed by years of getting up at 5:30 every weekday morning to present a three-hour, unscripted phone-in radio show. So it was inevitable that I ended up carrying far more weight than was good for me — with my chest similarly bulging.

You’ll notice that I don’t use the terms ‘moobs’ or ‘man boobs’, as I think it is offensive and tastelessly discourteous to those who suffer with this condition.

But it was always going to take a major event to bring me round. My mother died five years ago, at the age of 93. A ferociously brave and strong woman, she only started to visit her GP around two years prior to her demise.

A few months after I lost Mum, I was involved in a minor accident when a cab I was travelling in was hit by a car. Having had whiplash a few years earlier, when someone drove into the back of me on the M25, I decided on a quick medical assessment to ensure no recurrence of the neck pain.

The number of people waiting at my local A&E was like a Moscow bread queue from the Soviet Union days, so I went for a private hospital consultation. That has to be one of the best ways I’ve ever spent £49. 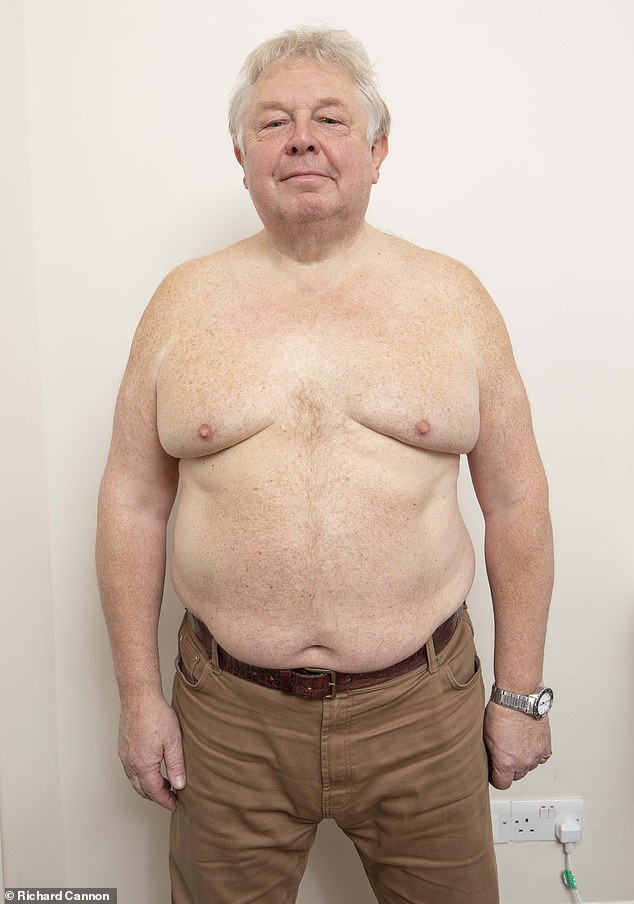 Process: Coolsculpting targets, then cools, fat cells to temperatures that cause cryolipolysis — fat cell death. The body then processes and removes the dead cells

As I took off my trousers, there was the telltale imprint of my socks on my legs. I looked at the doctor, and the doctor looked at my leg and said: ‘All I’ll say is you’re still at an age [I was 53] when weight can be lost. Leave it a few more years and it gets exponentially harder.’

A radical diet plan and a folding bicycle (please don’t tell anyone!) and, some months later, I’d shifted 45 lb — but, when it came to my chest area, a tight T-shirt was still a desperately unflattering look.

As my partner was opposed to any major procedures, liposuction was off the operating table menu (mercifully!), and a non-surgical approach was needed. That’s how I discovered Coolsculpting, which essentially deep-freezes the fatty tissue to kill it. The treatment’s origins go back to the Seventies, when scientists alighted on the fact that fat cells are particularly sensitive to cold.

Infants given ice lollies to help ease teething pain developed panniculitis, or inflammation of the subcutaneous fat layer, which led to loss of fat in their cheeks.

Then, in the Eighties, horse riders exposed to the cold noticed fat was shed from their outer thighs.

Coolsculpting targets, then cools, fat cells to temperatures that cause cryolipolysis — fat cell death. The body then processes and removes the dead cells.

In my case, each side of the chest was, in turn, frozen to minus 11c by an applicator (imagine a very heavy iPad . . . with suction) being attached to the fatty area for 35 minutes. While, of course, there is an element of discomfort to having anything ‘clamped’ on to your chest, on both occasions I fell asleep during the treatment.

The area is sensitive for a week or so afterwards, but no different from the soreness following a gruelling tennis match. The treatment — which can cost around £600 a session — was performed by an aesthetic nurse practitioner, who told me one to two sessions are generally needed, but that it can take up to three months to see the final results.

After two sessions, the problem I had endured for decades was radically altered — I’ve lost two to three inches around my chest.

My only regret? I can’t see the likelihood of my scoring a try in a competitive game of rugby ever again in my life.

Nick Ferrari had his treatment free at The Garrett Clinic in Harley Street, London — thegarrettclinic.com