NHS threatens to sue one of its OWN trusts for libel

The NHS threatened to sue one of its own hospitals if it publicly said managers’ decision to privatise cancer screening would risk patient safety.

Oxford University Hospitals NHS trust was threatened with a lawsuit for agreeing with MPs, doctors and patients, in what is thought to be the first case of its kind.

The trust planned to appeal against a decision to hand its cancer screening over to a private firm but backed out after a phone call from NHS England’s chairman.

NHS chiefs argued in a letter seen by The Guardian that the statement that patients’ safety was put at risk would be defamatory if repeated, meaning they would damage the health service’s reputation. 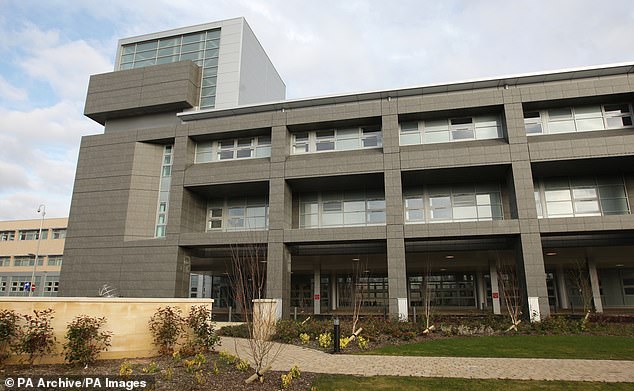 The cancer centre at the Churchill Hospital in Oxford (pictured) is a centre of excellence for fighting the disease, but a private firm wanted to take its scanning contract out of house

The scandal erupted last year when private company InHealth won a contract to provide a cancer scanning service for the trust.

InHealth had wanted to move PET-CT body scanners out of one of Oxford’s hospitals to its own site – but has since been stopped from doing so.

And the company also plans to use mobile scanners in Milton Keynes and Swindon.

Local MPs said they were ‘extremely concerned’ about the privatisation of the contract and were publicly backed up by cancer experts working at the trust.

A letter from NHS lawyers explained the OUH trust’s view was believed to be that the proposal ‘has put patient safety at risk, and severely compromised the provision of cancer care and research in the health system’.

Tensions were reportedly running high between the trust and NHS England as the former prepared to appeal against the contract decision.

But lawyers for the NHS wrote to the OUH trust warning its objections could amount to libel – an unlawful damaging statement.

The letter said: ‘NHS England does not accept that the result of this procurement puts patient safety at risk’.

And added: ‘We are bound to put you on notice that any statement in those or similar terms would be defamatory if repeated to any third party.’

Staff at the trust told The Guardian the NHS was using ‘bullying and intimidation’ to try and silence them.

Anneliese Dodds, MP for Oxford East, told the newspaper: ‘I am appalled that NHS England sought to prevent clinicians from offering an informed opinion about privatising Oxford’s PET-CT scan service.’

She said it was unacceptable that staff did not feel able to speak out.

The revelation has come to light ahead of a council meeting in Oxfordshire today.

In a statement released last week Dame Fiona Caldicott, chair of the OUH NHS trust said: ‘We believe that it is in the best interests of patients living with cancer in Oxford and the surrounding areas for the current PET-CT service at the Churchill Hospital to be retained and for it to continue to be run by OUH clinicians.’

MailOnline has contacted NHS England and InHealth for comment.

NHS FORKS OUT £2.2BN TO PAY FOR NEGLIGENCE CLAIMS

More than £2.2billion a year is being diverted from frontline NHS services to pay for clinical negligence claims, shocking figures revealed in November.

Despite repeated Government pledges to tackle the scandal, spending has doubled from £1.1 billion in 2013.

The eye-watering figure – enough to pay the salaries of 100,000 nurses – means £1 in every £50 handed to the NHS is used to compensate harmed patients or settle lawyers’ legal fees.

In some cases, ‘no win no fee’ law firms pocket more in legal fees than they secure in damages for their clients.

Figures released under the Freedom of Information Act show medical negligence specialists Irwin Mitchell received £32.4 million in legal costs in 2016/17, while Slater And Gordon were paid £15.9 million and Leigh Day got £10.9 million.

Two of the ten highest earning firms got more in legal fees in 2016/17 than they won in damages.

A spokesman for NHS Resolution, which deals with health service litigation, said: ‘Despite a plateauing in the numbers of clinical negligence claims, the cost of claims continues to rise.

‘As our research shows, it is important to support NHS staff to do what is right when something goes wrong with healthcare and as soon as possible, which means an honest and upfront explanation and ensuring that families are involved in any investigation.’