New Biden pandemic plan: Closer to normal for the nation

It’s time for America to stop letting the coronavirus “dictate how we live,” President Joe Biden’s White House declared Wednesday, outlining a strategy to allow people to return to many normal activities safely after two years of pandemic disruptions.

One highlight is a new “test to treat” plan to provide free antiviral pills at pharmacies to people who test positive for the virus.

The 90-page National COVID-19 Preparedness Plan spells out initiatives and investments to continue to drive down serious illness and deaths from the virus, while preparing for potential new variants and providing employers and schools the resources to remain open.

“We know how to keep our businesses and our schools open with the tools that we have at our disposal,” said White House COVID-19 coordinator Jeff Zients.

Meanwhile, 140 million Americans, or 43% have now had COVID, according to a new assessment from the Centers for Disease Control and Prevention. That estimate comes from a surveillance program that tested nearly 72,000 blood samples that were sent to commercial labs from late December to late January. The samples were checked for antibodies from infection, and were distinguishable from antibodies that came from vaccination.

Wednesday’s White House announcement follows Biden’s Tuesday night State of the Union speech, in which he pointed to progress against the pandemic since last year, with a dramatic reduction in cases, along with readily available vaccines and the likelihood of new tests and therapeutics soon becoming more accessible.

“This plan lays out the roadmap to help us fight COVID-19 in the future as we move America from crisis to a time when COVID-19 does not disrupt our daily lives and is something we prevent, protect against, and treat,” the White House said. “We are not going to just ‘live with COVID.’ Because of our work, we are no longer going to let COVID-19 dictate how we live.”

That tracked Biden’s speech statement, “Tonight, I can say we are moving forward safely, back to more normal routines. It’s time for Americans to get back to work and fill our great downtowns again.” 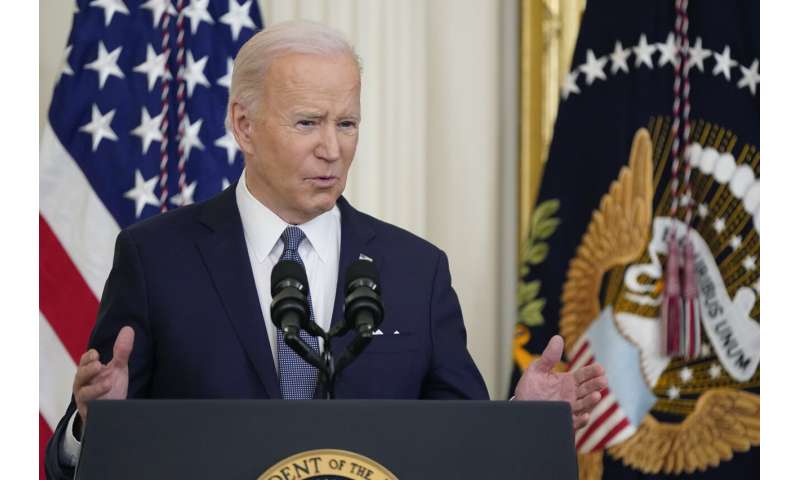 COVID-19 cases have fallen to their lowest level since last summer in recent weeks, after a winter spike from the highly transmissible omicron variant. Deaths, though, which lag cases by weeks, are still elevated, with an average of nearly 1,700 people dying in the U.S. each day. Officials emphasize that most instances of serious illnesses and death in the U.S. occur among those who are unvaccinated or who have not received a booster dose of vaccine.

The White House’s strategy comes days after the CDC loosened its guidance for when face masks should be worn in public indoor settings, placing more emphasis on local capacity to treat serious disease than overall case counts. Now more than 70% of the country can safely remove masks indoors, the CDC says, and the percentage is expected to grow as cases continue to decline.

While most states and localities moved to relax their mask requirements even before the CDC change, many have kept mandates in place for schools, and the federal government continues to require face masks on public transportation, including airplanes. The federal mandate is to expire on March 18, and health officials did not provide any indication whether it would be extended.

Meanwhile, businesses across the country are struggling to navigate employees’ lingering concerns about COVID-19 and desire for the flexibility of working from home. Many companies’ would like to get workers back into offices.

A key component of the administration’s plan to convince American that it is safe to resume normal activities is the increasing availability of an antiviral pill from Pfizer that has been shown to reduce the risk of hospitalization from COVID-19 by 90%. By the end of the month, the administration says, 1 million pills will be available, with double that ready for use in April.

A White House official said the “test-to-treat” plan would initially roll out in hundreds of pharmacies across the country, including CVS, Walgreens, and Kroger locations, and would soon expand beyond that. Those who test positive at the sites would be able to obtain the antiviral pills for quick use, dramatically reducing the risk of bad outcomes.

One possible problem: The test-to-treat plan drew early concern from some pharmacists. Anne Burns, a vice president with the American Pharmacists Association, said pharmacies across the country have struggled with staffing issues in recent months. Pharmacists already doling out vaccines, prescriptions and health advice are worried about the extra time needed if they add more COVID-19 testing and treating.

“There’s just a lot of considerations that go into this,” she said. “It takes far longer than it takes to dispense most normal prescriptions.”

The administration said it also stands ready to rapidly administer millions of vaccine doses for children under 5 once the vaccines are approved by federal regulators. While there had been hope for the first shots to be authorized last month, Pfizer is now waiting on the results of a study including a third dose of the vaccine for that age group, and that will likely delay approval until April. 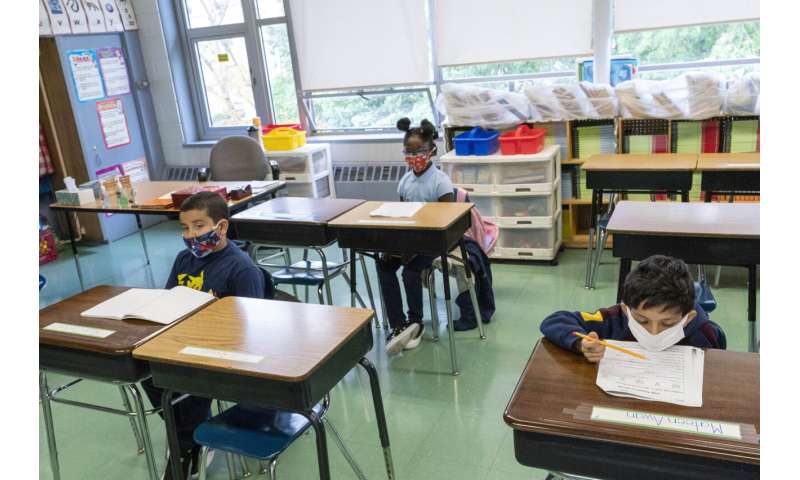 As part of the new strategy, the administration is calling on Congress to reinstitute tax credits for businesses that provide paid sick leave for employees who are sick with COVID-19. The White House is also asking Congress for additional funding to invest in new COVID-19 drugs, including research into the development of pan-coronavirus vaccines that would prevent against multiple strains and even several different types of viruses.

Meanwhile, federal officials emphasized they have greatly improved the public health system’s capacity to identify and track any potential new variants, with new investments in surveillance testing and genomic sequencing. Zients said the administration believes that if needed, it can authorize, produce and deliver new vaccines and treatments “in just 100 days rather than in many months or years.”

Biden, in his remarks Tuesday night, said that in addition to starting the new antiviral initiative, his administration would allow people in the U.S. to order another round of free tests from the government. He said that starting next week, the administration would make available four more free tests to U.S. households through COVIDTests.gov, which has sent more than 270 million to nearly 70 million households since it launched in mid-January.

Juan Gallego, a 58-year-old resident of Chelsea, Massachusetts, a majority Latino city north of Boston that was one of the state’s hardest hit during the pandemic, says Biden’s comments were appropriate, given how far the nation has come over the plast two years.

“Before, we didn’t know how to treat it. We were all paranoid, we didn’t know what to do,” he said of the virus. “Now we know, with all the experience, all we’ve done with the vaccines and new treatments.”

Gallego, a real estate agent who during the worst of the pandemic helped make face masks and deliver groceries and other essentials to quarantined families throughout Chelsea, said safety habits won’t quickly fade, especially in cities like his that took the brunt of the pain.

Many along Chelsea’s bustling main street and even children in local schools have continued to mask up, although a statewide mask mandate in classrooms was lifted this week, he said.