Nearly 8 in 10 school, childcare staff have gotten at least 1 dose of COVID vaccine 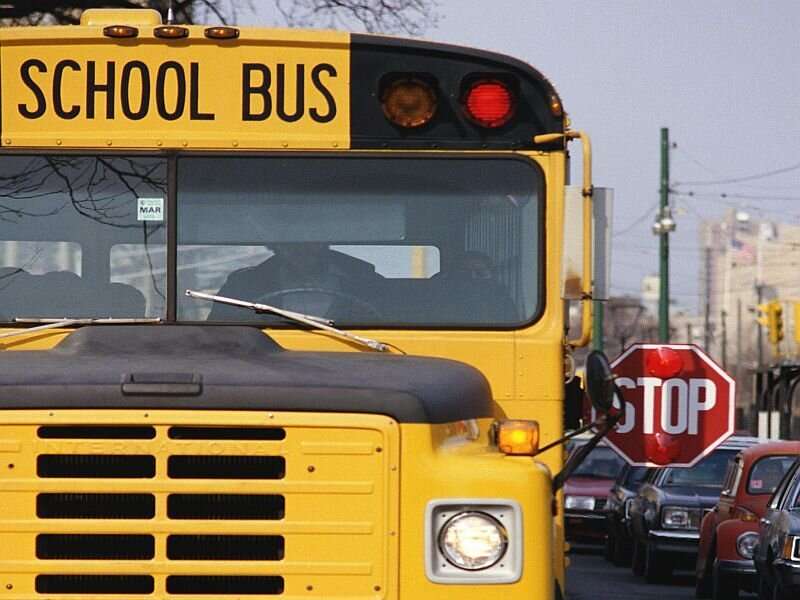 In findings that bode well for the full reopening of schools across America, a new government survey shows that nearly 80 percent of school employees and child care workers have received at least one dose of a coronavirus vaccine.

Released by the U.S. Centers for Disease Control and Prevention on Tuesday, the latest figures came as the Biden administration pushes to reopen schools by the president’s 100th day in office.

In total, about 8 million teachers, school staff and child care workers said they had received their first vaccine dose by the end of March, with about 2 million receiving their shot through the Federal Retail Pharmacy Program, the CDC said in its report. In total, the agency received almost 13,000 responses from education staff and nearly 40,000 responses from child care workers.

“Our push to ensure that teachers, school staff, and child care workers were vaccinated during March has paid off and paved the way for safer in-person learning,” CDC Director Dr. Rochelle Walensky said in a statement.

“That is great progress protecting our educators and our essential workers,” Biden said of the latest statistics. “And because our vaccine program is in overdrive, we are making it easier to get a vaccination shot.”

As part of that effort, Biden on Tuesday moved up his deadline for states to make every American adult eligible for coronavirus vaccination by two weeks, to April 19, the Times reported.

Schools have already been responding to the increased vaccination efforts.

According to a school reopening tracker created by the American Enterprise Institute, only 7 percent of the more than 8,000 districts being tracked were fully remote by March 22, the lowest percentage since the tracker was started in November, the Times reported. At the same time, 41 percent of districts were offering full-time in-person instruction, the highest percentage in that same period.

In February, the CDC issued guidelines that said K-12 schools could reopen safely as long as they followed basic social distancing measures. More recently, the agency said that elementary students and some middle and high schoolers could be spaced three feet apart in classrooms, instead of six feet, as long as everyone was wearing a mask.

On Tuesday, the American Federation of Teachers released a survey of more than 1,700 of its members that largely mirrored the CDC results: Just over 80 percent of association members said they had been vaccinated or had made a vaccine appointment.

Federation President Randi Weingarten said in a statement that, “AFT members have embraced vaccines as vital to getting back in the classroom.”

“They want to return, the road map to reopening is robust, and if we instill trust and meet fear with facts we can finally end this national nightmare,” Weingarten added.

“I doubt that the federal government will be the main mover of a vaccine passport concept,” Dr. Anthony Fauci said during a Politico Dispatch podcast.

The idea of vaccine passports—proof that an individual is fully vaccinated against COVID-19—has already become controversial, as local governments and businesses consider whether to mandate them, CBS News reported. They’ve also become a partisan issue, with Republicans across the country saying the idea is government overreach and an invasion of privacy.

Last week, New York became the first state to launch such a passport—a voluntary app that allows people to upload proof of vaccination or a negative COVID test result that can be scanned before entering a business. Next week, California will launch a new policy allowing event venues to require proof of vaccination or a negative test result, CBS News reported.

Some businesses, including airlines, already require proof of a negative COVID test for customers. Meanwhile, Israel introduced an app-based vaccine passport in February, and the European Union is planning to introduce them over the summer, CBS News said.

During his Monday interview, Fauci said he believes “individual entities,” including theaters and colleges, will be the ones to make the call on passports.

“You could foresee how an independent entity might say, ‘Well, we can’t be dealing with you unless we know you’re vaccinated,'” he said. “But it’s not going to be mandated from the federal government.”

In a push to overcome vaccine hesitancy, the Biden administration has launched a public outreach effort that will focus on communities that have been hit hardest by the pandemic.

Called the “We Can Do This” campaign, the project features television and social media ads and creates a “community corps” of public health, athletic, faith and other groups to spread the word about the safety and efficacy of the country’s three approved vaccines, the Associated Press reported.

President Joe Biden encouraged more than 1,000 faith leaders last week to continue their efforts to promote vaccinations in their communities. “They’re going to listen to your words more than they are to me as president of the United States,” Biden said.

Meanwhile, Vice President Kamala Harris and U.S. Surgeon General Vivek Murthy held a virtual meeting with over 275 inaugural members of the community corps to kick off the campaign, the AP reported.

“You are the people that folks on the ground know and rely on and have a history with,” Harris said. “And when people are then making the decision to get vaccinated, they’re going to look to you.”

The focus on trusted community leaders came after internal and public surveys showed those skeptical of the vaccines are most likely to be influenced by local, community and medical encouragement to get vaccinated, rather than messages from politicians, the AP said.

As of Wednesday, 4 in 10 American adults have received at least one COVID-19 shot and almost one-quarter have gotten their second shot, CDC statistics show.