Joanne Grimshaw, 35, was unable to walk up a flight of stairs without feeling out of breath.

But when she discovered that her son Ellis, two, is unlikely to ever be able to walk, she knew it was time to make a change.

She has now lost four stone after vowing to ‘be the legs’ for her disabled son.

Ellis was born with an underdeveloped brain, with the corpus collosum – the part that connects the left and right sections of the brain so signals can be transmitted – ‘practically missing’.

The boy had a tough start to life, contracting sepsis three times and fighting for his life as a result.

Constantly in and out of hospitals and dealing with the distress of her son being unwell, Joanne began to pile on the pounds.

She reached 15 stone after she ‘lived off’ vending machine snacks.

Joanne said: ‘Ellis was a poorly newborn, but I was dismissed by doctors who assumed I was exaggerating but I knew something wasn’t right.

‘I was probably going to the doctors or A&E twice a week as he didn’t sleep for longer than an hour and wasn’t feeding.

‘A week before his 1st birthday in March 2018, they did a brain scan and discovered I was right; something was seriously wrong.

‘They discovered part of his brain was practically missing, which is needed for physical coordination, doctors have said he is unlikely to ever walk or talk.

‘The news broke my heart but pushed me to do something about my weight to ensure I am fitter than ever so Ellis doesn’t miss out and can be the legs he needed to enjoy his life.

‘His immune system is so weak; a cold isn’t just a cold and he has spent a lot of his life in hospital.

‘I would eat chocolate and crisps from the vending machine and grab a McDonald’s or an Indian on the way home.

‘I put on weight and began to lose my breath from just walking up the stairs.’

It is thought Ellis’s genetic condition is so rare that he is possibly the only person in the world who has it.

Learning that Ellis likely would never walk pushed Joanne to overhaul her life. She realised that there would be many challenges ahead for her son and that she needed to be fighting fit to make sure he never missed out.

So Joanne, from Wigan, joined the 1:1 Diet by Cambridge Weight Plan in March 2019. She’s since dropped four stone.

The mum-of-two said: ‘I thought if Ellis can’t do it then I will do it for him.

‘I was so unfit and overweight but determined to do my best to make sure he never misses out.

‘A friend suggested the joined The 1:1 diet and it has changed my life.

How Joanne lost the weight:

‘I swapped the sugary cereals for a shake or smoothie and totally cut out fast food.

‘I am now able to walk anywhere holding Ellis, push him on the swings and even go on small fair rides – something I was ashamed to attempt when I was at my heaviest.

‘Doctors are shocked as they have never had a case like Ellis’s before but I hope they can do something in the future.

‘But for now, I will continue to be the legs for my little boy.’

Have you made a dramatic change to your life? Do you fancy sharing your story? Get in touch by emailing [email protected] 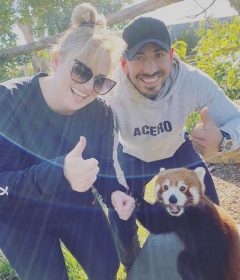 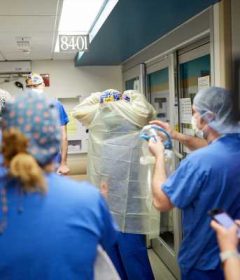 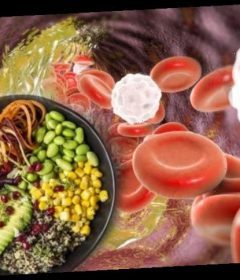