‘Miracle baby’: Woman gets pregnant after having fallopian tubes removed 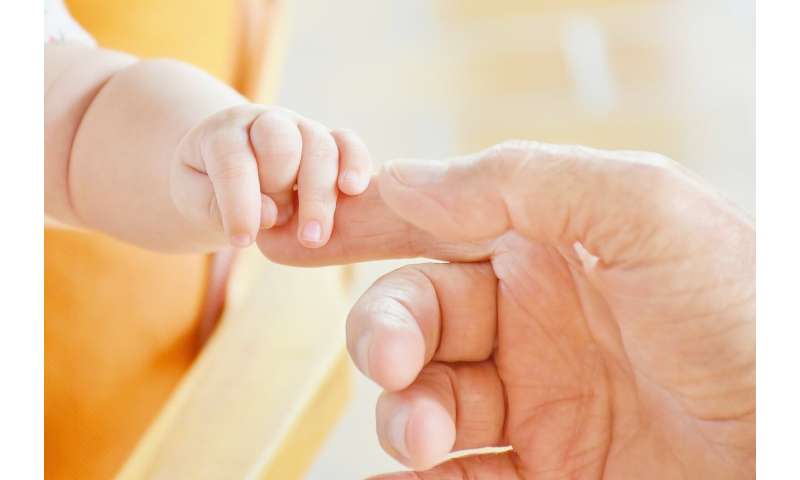 Elizabeth Kough had been pregnant before. She knew how it felt. She just couldn’t believe it had happened this time.

Kough was at her house in Kearney last year when she got the positive test result on a home pregnancy kit. It was shocking because three years earlier, she had had both of her fallopian tubes removed—a procedure medical professionals assured her would make it all but impossible for her to conceive.

She woke her boyfriend and had him drive her straight to the hospital.

Another test there confirmed she was pregnant, so she insisted on an ultrasound, fearing that an embryo was lodged somewhere in her abdominal cavity.

But the scan showed the tiny fetus nestled safely in Kough’s uterus. She gave birth at North Kansas City Hospital in March to a healthy 7-pound, 6-ounce baby boy named Benjamin—part of a journey she never expected but says she definitely wouldn’t change.

“Of course at first I was shocked and I was like, ‘this isn’t in my plan,’ ” Kough said. “I’m a planner. But now, you know, sometimes the best laid plans, you need to just do away with those. He is a beautiful baby. I am exceptionally lucky to have him in my life.”

Based on the scientific literature, “lucky” barely begins to describe it.

According to the American College of Obstetricians and Gynecologists, the rate of pregnancy for women who have partial removal of their fallopian tubes is about 7.5 per 1,000. But there’s no comprehensive data on women who become pregnant after having full removal like Kough, in part because it’s so rare.

The first case documented in English-language medical journals was published in 2005, after a 38-year-old woman who had her tubes removed showed up pregnant at an emergency room in the United Kingdom.

There was not a second case published until three years later.

Usually an egg has to travel from the ovaries into the fallopian tube to get fertilized, before continuing down to the uterus. Without the tubes it should be nearly impossible to get pregnant, unless the woman uses in-vitro fertilization, which Kough says she didn’t do.

A 2007 article published in the Singapore Medical Journal theorized that in some women who have both tubes removed—a surgery called bilateral salpingectomy—the area where the fallopian tube previously connected to the uterus may not completely closed over. In very rare cases, an egg might travel through the space between the ovary and the uterus (“transperitoneal migration”) and reach that opening just at the right moment.

It happens. But not very often. A bilateral salpingectomy is one of the most effective forms of birth control there is.

Kough, a U.S. Marine Corps veteran, had the surgery in Virginia in 2015. At the time she was 35, divorced, and already had three kids. She didn’t think she wanted to have any more. She also had a history of ovarian cancer in her family, and fallopian tube removal can greatly reduce the risk of getting it. So it seemed like a win-win.

She said her doctors at Meritas Health couldn’t explain it.

“I was kind of floored, like how does this happen?” Kough said. “And they said, ‘Well, it’s probably a botched surgery.’ “

“There are a very few case reports in the medical literature of spontaneous conception following a bilateral salpingectomy,” the physician group said in a statement released by a spokeswoman.

Kough’s medical records from Virginia, which she provided to The Star, indicate that the surgery was a success. They include not only the surgeon’s notes but also a report from a pathologist who confirmed seeing Kough’s fallopian tubes, outside her body, after they were removed.

Still, Kough said that when Benjamin was born via planned cesarean section, the surgeons double-checked.

“They said, ‘No there’s nothing there. The surgeon did everything correctly. There’s no tubes,’ ” Kough said. “So, he truly was a miracle baby.”

Kough said her older children—17, 11 and 9—are enthralled with their baby brother, and she has to remind them they can’t hold him all the time. He needs his rest. Her boyfriend is a devoted dad, she said, even though he never envisioned himself in the role.

She said she’s still in shock, but feels blessed.