Mindfulness and sleep can reduce exhaustion in entrepreneurs 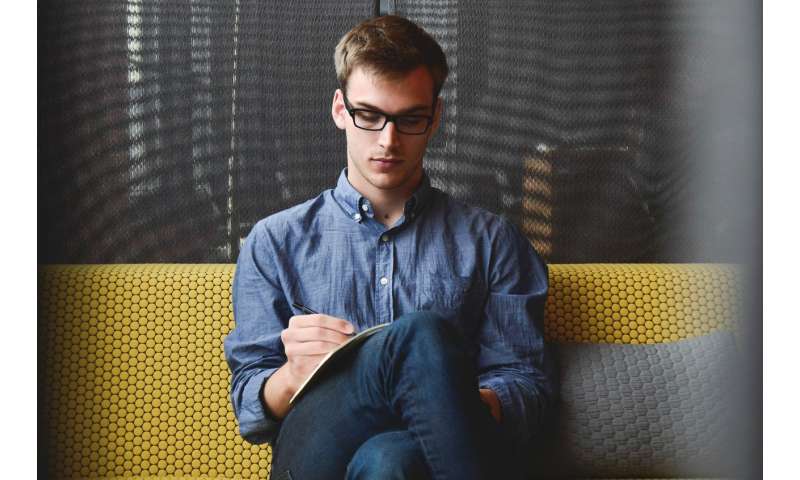 When entrepreneurs are feeling exhausted but can’t afford the time for adequate sleep, they may be able to replenish their energy with mindfulness exercises such as meditation, new research from Oregon State University indicates.

“You can’t replace sleep with mindfulness exercises, but they might help compensate and provide a degree of relief,” said Charles Murnieks, an assistant professor of strategy and entrepreneurship in OSU’s College of Business and the study’s lead author. “As little as 70 minutes a week, or 10 minutes a day, of mindfulness practice may have the same benefits as an extra 44 minutes of sleep a night.”

The findings were published recently in the Journal of Business Venturing. Co-authors include Jonathan Arthurs, Nusrat Farah and Jason Stornelli of OSU; Melissa Cardon of the University of Tennessee; and J. Michael Haynie of Syracuse University.

Entrepreneurs are generally defined as people involved in the discovery, evaluation and exploitation of new business opportunities, often with a stake in the ownership of new ventures. Entrepreneurship can be exhilarating, but it also can be difficult, stressful and tiring work.”You can only work so hard for so long,” Murnieks said.

Generally, when people are feeling exhausted, their drive to achieve goals is lowered, they have less desire to complete work tasks and they may find it harder to rise to and address challenges, all of which are important processes of entrepreneurship.

Exhaustion is a pervasive problem for entrepreneurs working on new ventures, but there is little existing research exploring the levels of exhaustion experienced by this group or how they handle it. In their research, Murnieks and his co-authors sought to explore ways entrepreneurs deal with the exhaustion that comes with the work.

In a study of 105 entrepreneurs from around the U.S., the researchers asked participants about their exhaustion levels; whether they engaged in mindfulness practices and if so, how often and for how long; and how many hours they slept each night.

More than 40 percent of the participants reported working 50 hours per week or more, on average, and sleeping less than 6 hours a night. The researchers found that the entrepreneurs who slept more, or who engaged in the highest levels of mindfulness exercises, reported lower levels of exhaustion.

In a second study of 329 entrepreneurs, the researchers again asked about mindfulness practice, perceived exhaustion and sleep. The study confirmed the findings of the initial study, that mindfulness can combat feelings of exhaustion.

However, in both studies, Murnieks and his colleagues also found that mindfulness exercises are less helpful if you’re getting adequate sleep but still feeling exhausted. When someone is experiencing perceived exhaustion, they are typically feeling a lack of energy at work and as though their resources are depleted.

“If you’re feeling stressed and not sleeping, you can compensate with mindfulness exercises to a point,” Murnieks said. “But when you’re not low on sleep, mindfulness doesn’t improve those feelings of exhaustion.”

Mindfulness exercises and sleep are thought to work differently to reduce exhaustion. Mindfulness works to modify and reduce stressors before they lead to exhaustion, while sleep works to replenish energy and self-control after the depletion has occurred, but before exhaustion is felt.

More research is needed to better understand how mindfulness exercises may help weary entrepreneurs and the limits of those beneficial effects, Murnieks said, but there is indication mindfulness can provide a boost.