Millions of women who take HRT pills may face a greater risk of Alzheimer’s, warns study

Women who take HRT long-term to cope with the menopause are at a greater risk of developing Alzheimer’s, research suggests.

An estimated one million women in Britain and five per cent of women over the age of 50 in the US take hormone replacement therapy to help relieve menopause symptoms such as hot flushes, night sweats and mood swings.

Experts stressed that HRT is safe for the vast majority – but said they should be made aware of the risks and should limit how long they take the treatment.

A study of 170,000 women found that HRT was linked with up to a 20 per cent increase in Alzheimer’s disease risk. 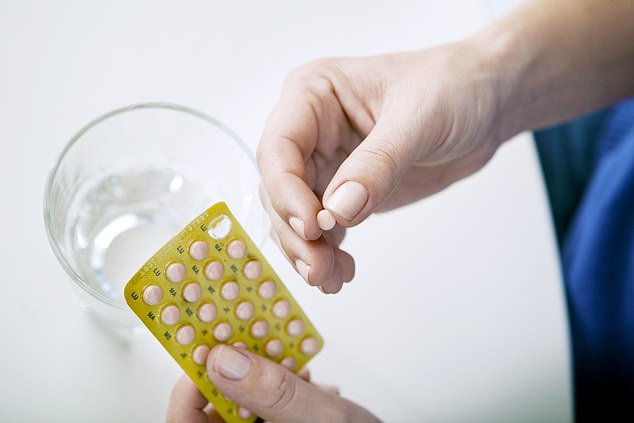 This would mean that for every 10,000 women who take the treatments, an extra nine to 18 women would develop Alzheimer’s each year.

HRT eases the symptoms of the menopause, which commonly strikes in the late 40s and early 50s, by providing oestrogen as the body stops producing it.

While most doctors believe it is a safe treatment, a series of stories linking HRT to breast cancer 15 years ago drove down uptake.

Polling suggests that even now only one in five British women who could benefit from the therapy are getting the treatments.

Experts were quick to reassure women, to prevent a repeat of the cancer scares.

The study, led by the University of Helsinki, concluded that for most women the risk of Alzheimer’s increased only if they took HRT for more than a decade. 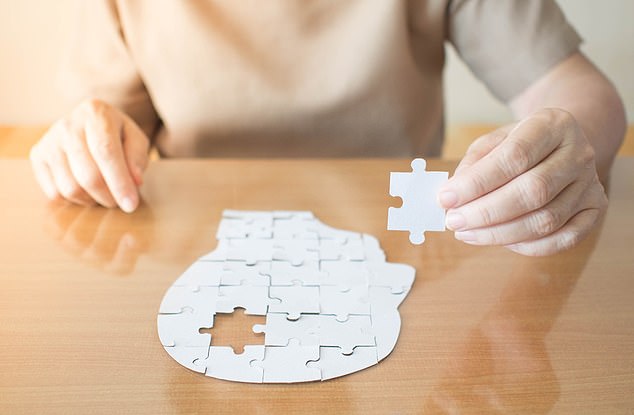 Alzheimer’s disease is a progressive brain disorder that slowly destroys memory, thinking skills and the ability to perform simple tasks

HOW TO DETECT ALZHEIMER’S

Alzheimer’s disease is a progressive brain disorder that slowly destroys memory, thinking skills and the ability to perform simple tasks.

It is the cause of 60 percent to 70 percent of cases of dementia.

The majority of people with Alzheimer’s are age 65 and older.

It is unknown what causes Alzheimer’s. Those who have the APOE gene are more likely to develop late-onset Alzheimer’s.

There is no known cure for Alzheimer’s, but experts suggest physical exercise, social interaction and adding brain boosting omega-3 fats to your diet to prevent or slowdown the onset of symptoms.

Among women who started taking HRT before 60 – the age at which treatment is most commonly initiated – usage of oestrogen-progestogen therapy surpassing ten years was linked to a 20 per cent increased risk of Alzheimer’s, and use of the estradiol-only version to a 7 per cent increase.

If women started taking the treatment after 60, the increased risk kicked in earlier, with less than three years’ use associated with a 20 per cent increased risk for oestrogen-progestogen and 13 per cent for estradiol.

Writing in the British Medical Journal, the team concluded: ‘Even though the absolute risk increase for Alzheimer’s disease is small, our data should be implemented into information for present and future users of hormone therapy.’

Others stressed that for the vast majority of women suffering badly with menopausal symptoms, the benefits outweigh the risks.

Professor Helen Stokes-Lampard, chairman of the Royal College of GPs, said: ‘There is a large body of evidence that shows HRT is an effective and safe treatment for most women.

‘However, as with any medication, there are risks and it’s important that women are aware of them so they can make an informed decision, with their doctor, before starting treatment.

‘To minimise any risk, best practice for most women is to prescribe the lowest possible dose of hormones for the shortest possible time in order to achieve satisfactory relief of symptoms.’

Dr James Pickett, head of research for the Alzheimer’s Society, said the ‘large and well-controlled study’ showed that ‘some women on hormone therapy had a slight increased risk of Alzheimer’s’.

He added: ‘But this increase was so small it shouldn’t cause alarm or deter women from their prescribed treatment, particularly those taking it over a short period of time’.

Dr Channa Jayasena, consultant in reproductive endocrinology at Imperial College London, said: ‘Other studies found that HRT actually improves cognitive function. The results of this study should not change the way HRT is prescribed or viewed.’