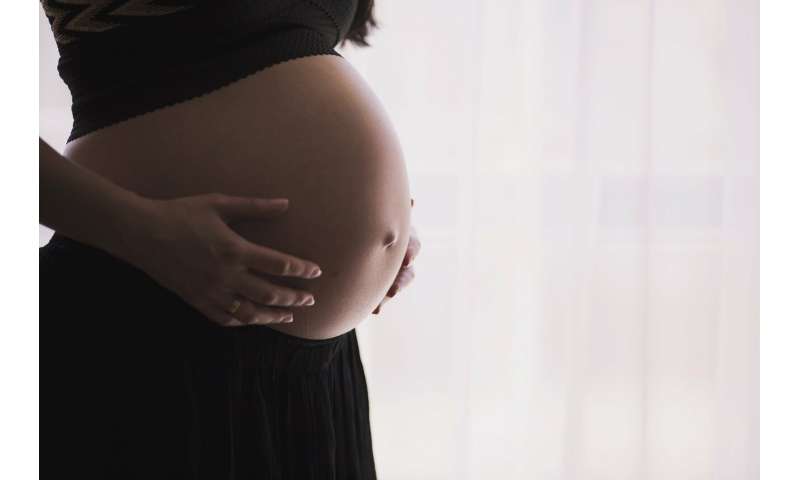 As an expert in reproductive health care for incarcerated women, Carolyn Sufrin kept running up against a troubling obstacle: She needed prisons to provide hard data that simply didn’t exist.

Sufrin, a medical anthropologist and obstetrician-gynecologist, was running a women’s health clinic at the San Francisco County Jail. In her research and policy work, she found that statistics on the pregnancies that occurred in prison were grossly outdated, and that information on other basic maternal health data—such as numbers of miscarriages and abortions—was missing entirely.

“The fact that nobody collected these data before signals just how much this population is neglected,” says Sufrin, a Johns Hopkins alum who returned to the university in 2014 as an assistant professor in gynecology and obstetrics at the School of Medicine.

In 2016, she set out to fill in the blanks, launching an ambitious endeavor with a team of researchers to collect data from prison systems across the U.S.

The Pregnancy in Prison Statistics, or PIPS, study is considered to be the first national-scale, systematic investigation of pregnancy frequencies and outcomes in prison. Its findings were published last month in the American Journal of Public Health.

The project—which originated as part of an initiative Sufrin heads at Hopkins called Advocacy and Research on Reproductive Wellness of Incarcerated People—covered 57 percent of the female prison population, recruiting 22 state prisons and the Federal Bureau of Prisons to report data for 12-month spans between 2016 and 2018.

The very existence of this study proves that it’s possible to track data on pregnancies in prisons, Sufrin says—a responsibility she believes a federal entity, such as the Centers for Disease Control and Prevention or the Bureau of Justice Statistics, should take over on a regular basis in the future.

“I think that’s the significant contribution this paper makes—documenting all of this,” Sufrin says.

The report notes that 111,616 women overall were imprisoned at the end of 2016—a 742 percent increase since 1980. Over a 12-month study period, 1,396 pregnant women were admitted to prisons, about 4 percent of all women admitted during that time frame. The vast majority of pregnancies, 92 percent, resulted in a live birth. Six percent of these births were pre-term and 30 percent were cesarean deliveries.

Currently there are no mandatory standards of care for pregnant women in U.S. prisons, but Sufrin believes these numbers provide a vital starting point for policymakers, medical professionals, and prison officials to consider improvements and alternatives to existing protocols.

“Having these data available I hope will bring attention to the tremendous health care, social, and other needs these women have, and also help us think more as a society … [and] really critically evaluate why and how we’re incarcerating pregnant women,” she says.

Among the notable findings, Sufrin notes that the prevalence of abortions was particularly low in prisons (1 percent) compared to the national average (18 percent). She says the study lacks details to explain that discrepancy, though previous research has found that some prisons have policies denying access to abortions.

Sufrin says she was also surprised by the variability of outcomes by states. In some states, for example, miscarriages represented 20 percent of pregnancy outcomes. And at certain points, Texas and Ohio had more than 50 pregnant women in their custody, while other states had none. The report says a number of factors could account for such variations, including state laws, prison health care policies, individual patient attributes, and other details the quantitative study didn’t record.

As Sufrin notes, the study doesn’t detail the distressing experiences some pregnant women go through during incarceration—such as solitary confinement, being denied medical care, or being shackled during labor.

“Behind every number is the experience of a pregnant woman behind bars,” she says.

And for Sufrin, that’s exactly what prompted her to get involved in this area of reproductive health in the first place. As an obstetrics resident in Pittsburgh, she delivered a baby for a prisoner whose legs were shackled to the bed during labor as a guard stood in the room.

“It kind of determined the rest of my career,” Sufrin recounted to Rewired in 2017.

Before Hopkins, Sufrin was a professor at the University of California, San Francisco, coinciding with the time she worked as an OB-GYN for the health clinic at the San Francisco County Jail. She chronicled her experiences there for her 2017 book Jailcare: Finding the Safety Net for Women Behind Bars.

Going forward, Sufrin is building on the PIPS research with further studies. One is examining jail treatments for pregnant women who have opioid use disorder, seeking alternatives to forced detox. Another is collecting more qualitative data on reproductive healthcare behind bars.

“We’re interviewing pregnant women in custody about how the experience of being incarcerated impacts various decisions they make about pregnancy,” Sufrin says.

On the advocacy end, Sufrin and her team have been busy sharing the findings of their landmark study.